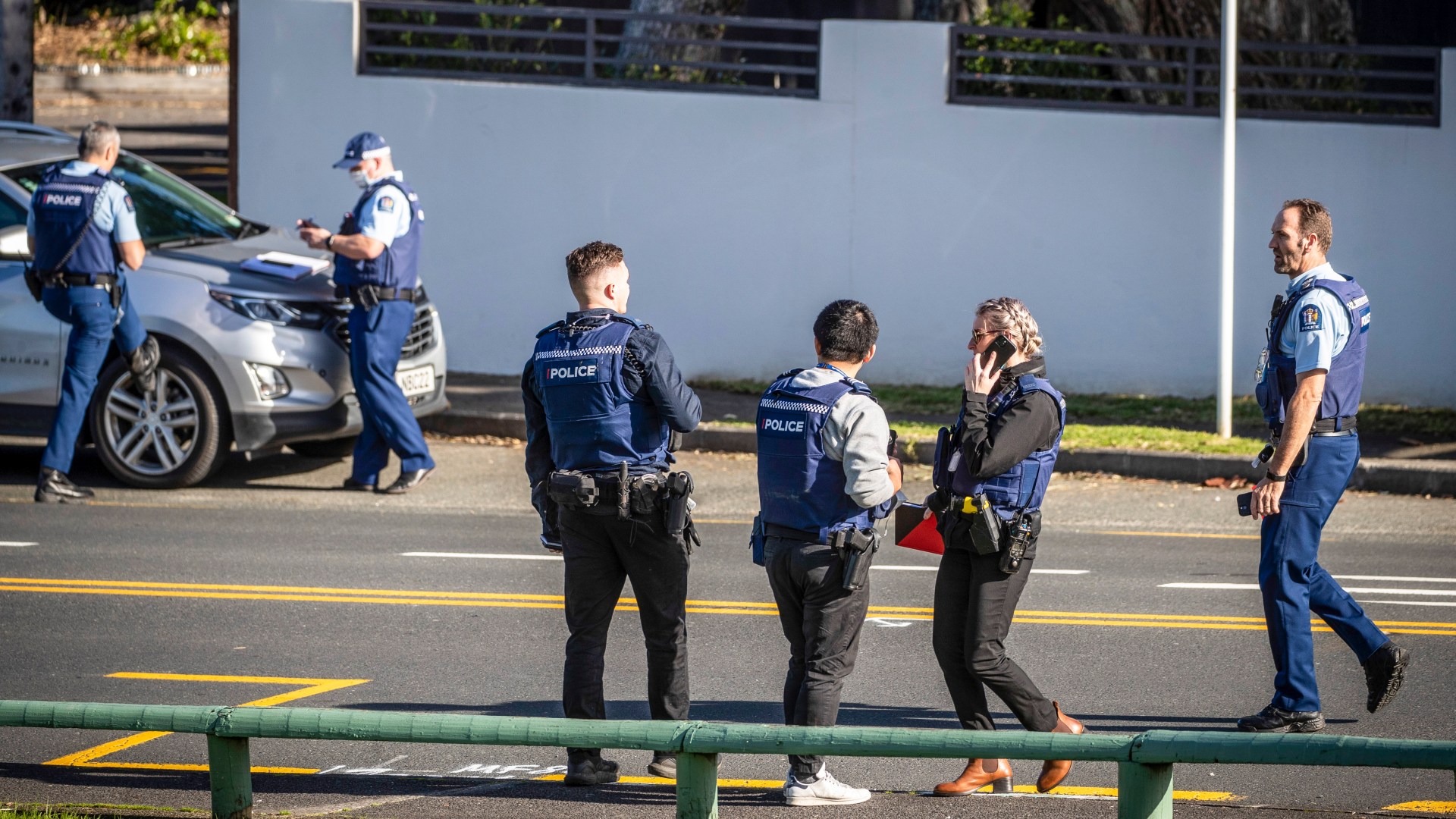 A KNIFEMAN went on a rampage stabbing four people before being approached by a hero bystander using his crutches.

Terrified people fled for their lives as they were chased by a man with a “big knife” during the terror attack in Auckland, New Zealand.

Superintendent Naila Hassan said four members of the public were stabbed in the “random” attacks.

Members of the public who acted or helped, including someone using a crutch, “acted bravely” to attack the man with “a really big knife,” she said.

Police said the incident unfolded around 11:18 am, when the man stabbed the occupant of a property.

He then headed towards the beach in the North Shore area, where three people near a bus stop were also stabbed.