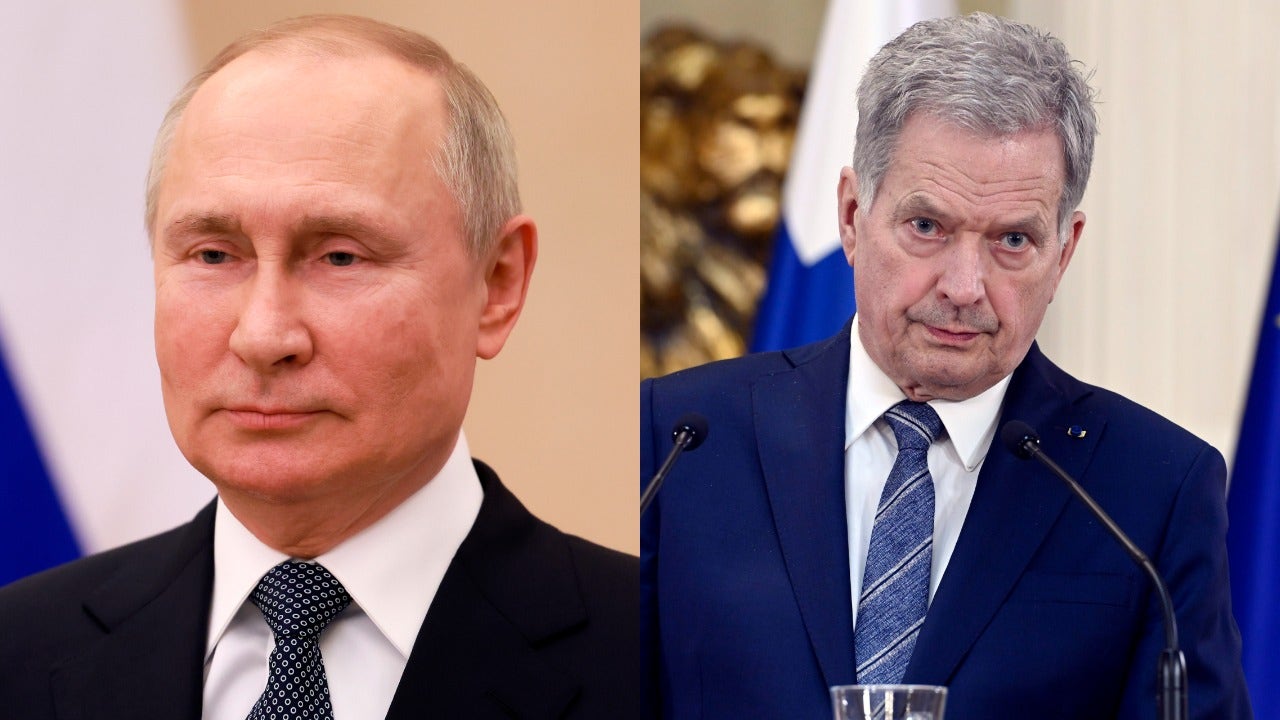 Finland’s leadership has announced that the formerly neutral Nordic country wants to join NATO as Russia’s invasion of Ukraine continues.

“This is a historic day. A new era begins,” Finnish President Sauli Niinisto said on Sunday. Niinisto made the announcement at a joint press conference at the Presidential Palace in Helsinki with Prime Minister Sanna Marin.

Finland shares a border with Russia and the announcement comes as top NATO diplomats meet on Sunday in Berlin to discuss providing more support to Ukraine.

“The brutal invasion (by) Russia is running out of steam,” NATO Deputy Secretary General Mircea Geoana told reporters on Sunday. “We know that with the bravery of the Ukrainian people and army, and with our help, Ukraine can win this war.”

Russian President Vladimir Putin warned Finland on Saturday that relations between the two neighbors could be “negatively affected” if Niinisto goes ahead with his plan to apply for NATO membership.

Putin told Niinisto that Finland’s abandonment “of its traditional policy of military neutrality would be a mistake, as there are no threats to Finland’s security,” according to the Kremlin’s press service.

“Such a change in the country’s foreign policy could adversely affect Finnish-Russian relations, which have been built on the spirit of good neighborliness and partnership for many years and have been mutually beneficial,” the statement added.

The Finnish Parliament is expected to endorse the decision to join NATO in the coming days, but it is considered a formality. A formal application for membership will then be submitted to NATO headquarters in Brussels, likely next week.

Sweden is also making moves to join the 30-member Western military alliance, while Georgia’s bid to join NATO is again being discussed, despite dire warnings from Moscow.

The Associated Press contributed to this report.