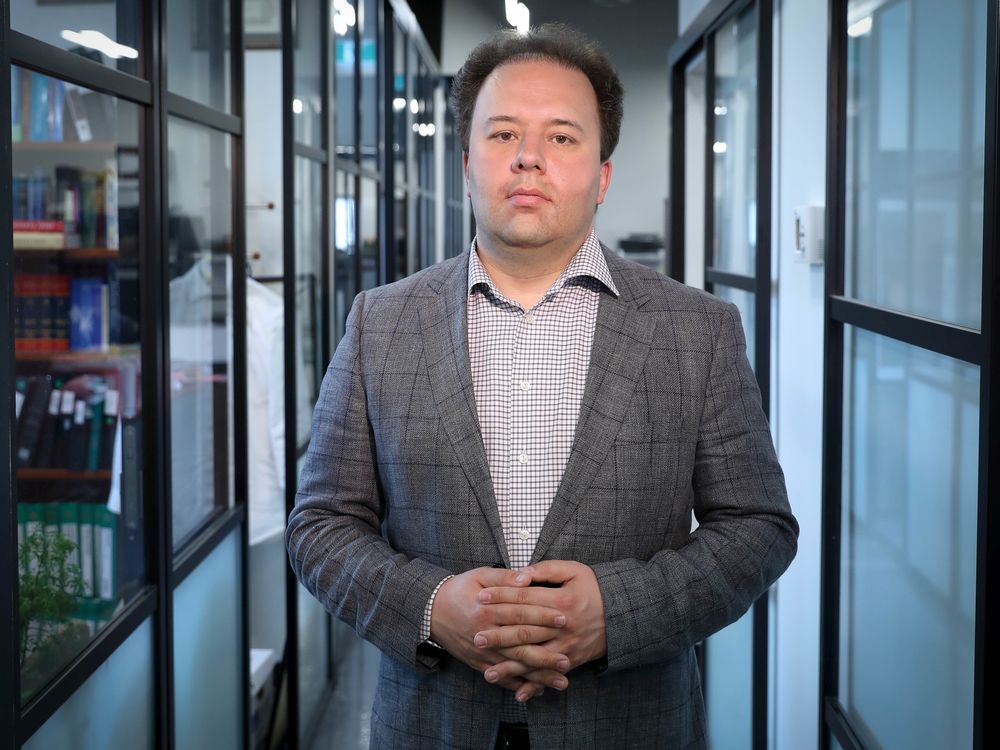 David Wallace says he was hired by Jonathan Denis to get the phone records of Alanna Smith, a former Calgary Herald reporter now of The Canadian Press. Wallace said Denis told him he wanted to trace sources Smith had drawn on for a story about whether the size of Denis’s wedding reception broke COVID-19 protocols.

In an email from his lawyer, Denis denied that he or his clients talked to Wallace.

Wallace told The Canadian Press that Denis got his name through Alan Hallman and Gerald Chipeur, longtime conservative operatives.

“Jonathan called me (and) told me that at his wedding he feels he had been targeted for poor press,” Wallace said in an interview. “He wanted to find out who (Smith’s) sources were.

“He wanted me to go into my source contacts using databases to their private cellphone information communications.”

Wallace said he warned Denis that obtaining phone logs could be illegal.

“He basically said this is just information I’m gathering for my own use.”

Denis was a Progressive Conservative cabinet minister in Alberta from 2010 to 2015 and justice minister for the last three of those years. Recently, he has been reported to be an organizer for Conservative MP Pierre Poilievre’s campaign for leadership of the federal party.

Wallace said he gets politicians out of tight spots for a living.

“I’m a repairman,” said Wallace, a former Ontarian now living in Calgary. “I can find things or people and I can massage and fix difficult situations.”

Wallace said he has had a 30-year career in political backrooms. He spoke with The Canadian Press because, he said, he’s had enough.

Wallace, who is not a licensed private investigator, said he was lured to the West by the promise of profitable contracts from people prominent in Alberta conservative circles. In early 2021, he said, he heard from Hallman.

Hallman, whose association with provincial Conservative politics goes back to the 1990s, managed Jason Kenney’s 2017 campaign for the leadership of the United Conservative Party until he was suspended for one year. At the time, Hallman said the suspension was related to the use of profanity in a social media post.

He remains close to the premier. In 2020, he held a birthday party for Kenney attended by two cabinet ministers, said a guest who was there. His son, Chad Hallman, works as a political staffer for Alberta Health.

“I got a phone call from Hallman, asking me to speak to his friend Jonathan,” Wallace said. “I said, ‘OK.”’

Wallace backs up what he says with dozens of emails, text messages, bank statements, invoices and other electronic documents. They include messages that appear to be from Denis, but Denis has not confirmed they are his from him.

The Canadian Press has been unable to confirm the authenticity of the emails and other documents using the data accompanying them.

However, some emails involve people not involved in this story. The Canadian Press contacted seven. Five confirmed they had sent the emails and two declined comment; none said the emails were false or altered.

In the documents, a message that appears to come from Denis claims the Calgary Herald received a tip about his Jan. 30, 2021, wedding reception.

He appears to say the tip was an attempt to embarrass UCP legislature member Mike Ellis, a guest at the reception and party whip. Ellis was then thought to be considering a run for Calgary mayor.

The documents suggest Denis was trying to find the source of the tip through Smith’s phone logs.

“She and the Herald are not the target,” said Feb. 13, 2021, purported email from Denis to Wallace. “I want to find out who’s pushing this.”

A separate email the same day suggests Wallace and Denis reached a deal. Denis would pay Wallace $5,000 per month based on at least 20 hours per week.

“How long do you anticipate working on this before likely achieving results?” asks an email sent the next day, seemingly from Denis.

“Rest easy, it won’t be a hard fix,” Wallace appears to have responded. “People like the ones who do such things are always sloppy and leave lots of evidence.”

“I am hiring you on the recommendation of Alan Hallman, who says you have got tangible results for him,” said an email that day, apparently from Denis to Wallace.

“Respectfully, I expect the same, and can send you a fair bit of more work if this investigation bears fruit. I should let you know that one of your competitors in Calgary told me there was no way he could get results here, so my chips are on you.”

The Feb. 15 e-transfer receipt appears to show a payment of $5,350 from Denis to Wallace. An email sent two days later appears to show Denis promising Wallace more work “if we can meet with some success here.”

The documents provided by Wallace say the work didn’t take long. By March 20, a message purportedly from Wallace reported results.

“Hello, picking up the cell carrier logs from my source this afternoon,” says an email from an account that appears to belong to Wallace. “I’ll need $1,100 to cover the rest of the bill for it. If that’s authorized let me know and you can e-transfer me.”

The documents seem to show a $1,180 payment from Denis to Wallace was made the following week.

Wallace said he falsified some of the information he gave Denis out of concern for the reporter’s safety.

“The records are legitimate,” he said. “I just didn’t provide him with the legitimate phone box in terms of the current calls, times and orders.”

The emails seem to suggest Denis was initially satisfied. On April 11, one says: “May have a new file for you (Wallace). Chat me up in the am”

But by June, a new tone creeps in.

“I’ve been requesting backup documents in my matter now for over two months,” says a June 23 email, purportedly from Denis.

“I’ve paid you ‘good money’ for this report but it is useless to me without the backup documents. I have a lot more work I can throw you in Calgary from me personally and from my contacts. However — I need this documentation.”

Denis’s lawyer, Brendan Miller, said in a letter his client is unable to respond to questions raised by the emails because that would force Denis to violate solicitor-client privilege.

“The Mr. Denis is committed to upholding his professional obligations, we are unable to respond,” wrote Miller.

“If there were information conveyed between Mr. Denis or his clients with Mr. Wallace (which is not admitted but denied), it would be subject to privilege.”

Miller does not specify which client he is referring to. Ellis’s press secretary, Eric Engler, said Ellis has not hired Denis for over a decade and was not aware of or in any way involved in efforts to obtain the reporter’s phone logs.

Hallman seemed to have maintained interest in Wallace’s work. In an apparent March 28, 2021, WhatsApp message to Wallace, he asked if any phone numbers from previous messages “line up with the Jonathan investigation.”

The documents include a seeming non-disclosure agreement blocking Wallace from releasing communications between him and Hallman. Signed in April, it also forbids Wallace from making firing comments about Hallman and releases Hallman from any liability toward Wallace.

In a brief conversation, Hallman refused to comment on Wallace’s claims, but acknowledged him knowing.

“The guy’s unstable,” Hallman told The Canadian Press. “I want nothing to do with him.”

Hallman did not respond to a registered letter delivered to his office March 25 containing a list of detailed questions.

to Jan. 17, 2021, note that appears to be from Chipeur reads: “The client is very happy with your previous assistance,” then goes on to offer Wallace a contract.

Chipeur was a lawyer for the federal Conservative party and helped work out the merger between the Progressive Conservatives and the Reform Party of Canada.

He did not respond to a letter delivered to his office April 1.

These days, Wallace said, he isn’t interested in new contracts. He said he’s tired of work that compromises people and may put them in dangerous situations.

Sign up to receive daily headline news from the Calgary Herald, a division of Postmedia Network Inc.

The next issue of Calgary Herald Headline News will soon be in your inbox.