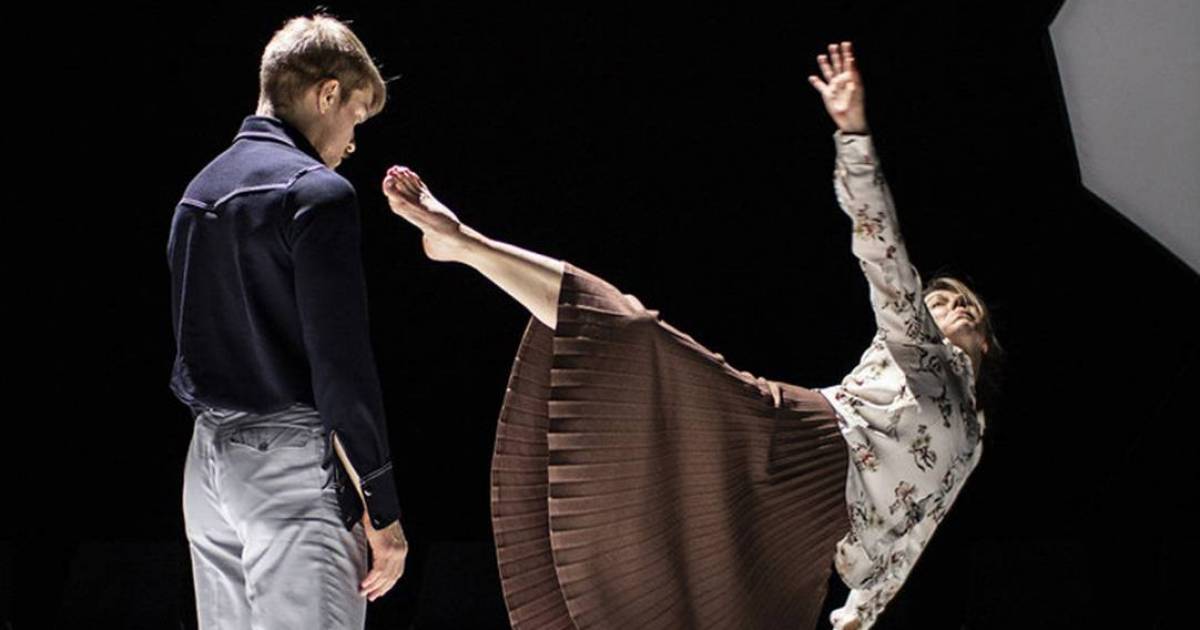 These are just three of the adjectives that could describe The daysan intimate duet created by English choreographer Theo Clinkard.

Unlike almost all other dance productions where the choreographer chooses the performers, this played out quite differently.

Over Zoom, two veteran stars of the Finnish contemporary dance world, Maria Nurmela and Ville Oinonen, explain that they wanted to change the hierarchy and hold auditions for choreographers.

“We had been working for so long in this field that we yearned to have something very attractive – artistically – for us,” says Nurmela.

Oinonen adds that as they had both enjoyed long careers up until that point, they already knew what kind of show they wanted to perform on.

They were particularly impressed by Clinkard. According to Nurmela, they “just asked very boldly if he would like to work with two Finns”.

They asked if the choreographer would come to Finland, even if the duo didn’t have a budget.

“He trusted us a lot,” says Nurmela. “He also said he always wanted to come to Finland and work in Finland because he was reading some books from Finland and Finnish artists.”

They paid for Clinkard’s flight and accommodation, organized a workshop, and the rest is history.

In 2018, The days premiered at the Pori Dance Month Festival, originally as a single performance. It has been “impressive” for Oinonen to see this emotional and memorable work blossom into two lengthy tours and shows in many cities.

“The whole journey is nothing short of a miracle,” he says.

The days will be presented at the Scotiabank Dance Center on Friday (June 24) and Saturday (June 25) nights as the Nordic Bridges program in collaboration with the Harbourfront Center in Toronto.

Oinonen says there isn’t a single story in The days, but emphasizes that it is very “storylike” with a cinematic or theatrical quality. The setting is quite minimalist and the costumes are the types of clothes that ordinary Finns can wear.

“I think that somehow makes it very relatable,” says Oinonen.

Nurmela echoes this sentiment, describing the subject as “human and recognizable”.

Nurmela reveals that at the end of the rehearsal stage, she and Oinonen were worried about how they could convey a lifespan with just the two of them on stage.

So when Nurmela and Clinkard went to dinner at her mother’s house, they had an epiphany. What if they invited Nurmela’s mother, a former dancer, to join the performance?

“She would come as an older ‘me’ on stage,” recalls Nurmela. “And I even went to her closet…to see if she has something to wear.”

But her mother didn’t want any of that—she was in a boarding house and politely declined.

So Nurmela called a woman she knew from Pori, where the show was going to premiere, and she agreed to take on the role of the older woman. And in the Finnish city of Turku, they met an elderly dancer. And he was delighted with the invitation to participate in the show.

“It was like a turning point for the whole piece,” says Nurmela. “It gives a whole different kind of connection to the audience as well.”

The dancers and choreographers collaborated with a beloved Finnish lighting designer, Kalle Ropponen, who has worked on large-scale productions with her country’s national opera and national theater. According to Nurmela, Rapponen created a “kind of ecological lighting”.

Soft lights, she says, add mystique, mystery and magic to what is unfolding on stage, enhancing the cinematic atmosphere.

All of this is accompanied by an original soundtrack by British composer James Keane.

“James actually came to hear the music a bit during our visit to London,” says Oinonen.

“He was still making some minor adjustments to the music,” continues the dancer. “Five years later, it’s still [being] tuned. All artists still have some kind of authorship in their work.”

Nurmela points out that she and Oinonen are freelancers, so it wouldn’t have been possible to come to Canada without the support of Mary-Louise Albert of BC Movement Arts Society and Mirna Zagar of Dance Centre.

“We are the only Finnish contemporary dance creation [that’s] part of the Nordic Bridges 2022, which is incredible”, declares Nurmela.