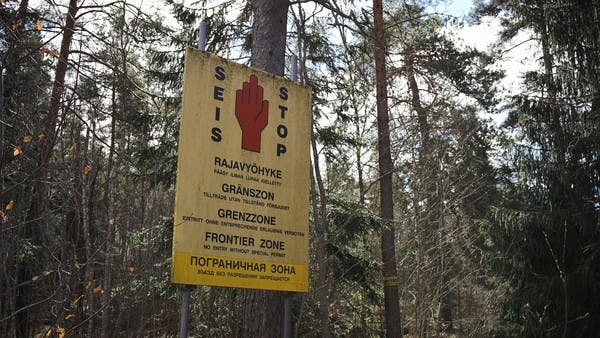 Shaken by Russia’s invasion of Ukraine, Finland is racing to tighten security on its border with Russia to protect itself from hybrid threats, the Interior Ministry said on Friday.

Fearing that Moscow could use migrants to exert political pressure, Helsinki is planning legislative amendments that would make it easier to build tougher fences on its 1,300km eastern border with Russia.

“The purpose of the proposed law is to improve the operational capability of the border guard in responding to hybrid threats,” Anne Ihanus, a senior adviser to the Interior Ministry, told AFP.

“The war in Ukraine added to the urgency of the matter,” Ihanus said.

Crossing the border from places other than official border crossing posts is already prohibited.

“What we intend to build now is a sturdy fence with a real barrier effect,” said Sanna Palo, director of the legal division of Finnish border guards.

“In all likelihood, the fence will not cover the entire eastern border, but will be directed at places considered to be the most important,” Palo said.

In the case of large-scale migration, the government’s proposal would also allow asylum seekers to be concentrated at specific border crossings.

The changes are scheduled to take effect “as soon as possible”.

“The government will later make decisions on barriers to critical areas of the eastern border,” Interior Minister Krista Mikkonen said in a statement.

The government has not yet set the budget for the project.

Finland is currently applying to join NATO, and Moscow has warned that the offer would be “a serious mistake with far-reaching consequences”.

Sweden, Finland to meet Turkey at NATO in new attempt at progress