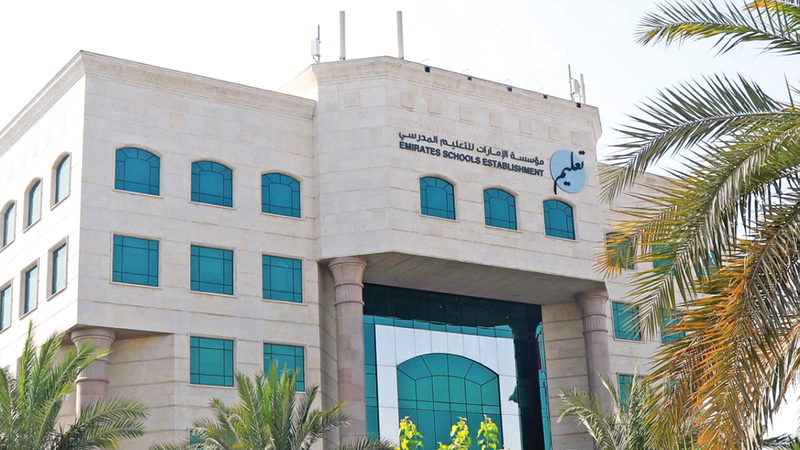 The third edition of the handbook “Student Assessment Policy and Examination Regulations for the 2021-2022 Academic Year”, which was recently published by the Emirates Foundation for School Education, stated that the method of calculating student grades on the certificate of completion for the twelfth grade for all public schools, through five procedures.

He explained that the final assessment of subjects in Group A (exams at the end of the third semester), from the 1st to the 12th grade, starts on June 14th and runs until the 23rd of the same month.

The timetable for the 3rd semester includes the final assessment of the subjects in Group B from June 1st to June 9th of the same month. , will be from the 24th to the 30th of June.

The timetable for the third semester provided that the analysis of the results of the final evaluation (final exams) would take place from the 4th to the 8th of July, and the reexaminations from the 11th to 15th of the same month.

The guide also clarified the method of calculating student grades on the certificate of completion of study for grade 12 through five procedures.

The procedures included: first, the subject grade at the end of the academic year is calculated from the weights of the three semesters of writing and final evaluation and, secondly, the total grades of the students are the grades obtained in group A subjects, which appear as number and letter on the certificate, and the third is extracted from the student’s average by dividing the total by the number of subjects in group A, the fourth, subjects in group B are submitted to unified central assessments, and the assessment is in letters and it has no grades and is not included in the total, the fifth varies according to the educational path and appears at the bottom of the certificate.

The guide clarified in the “Frequently Asked Questions” that the student has a chance to enter the re-examination, and it remains to repeat the class if he does not pass any of the subjects of the re-study.

The Emirates Foundation for School Education has announced, through its social media accounts, the results of the second semester of the 2021-2022 academic year according to a special timeline for each seminar. From the same month and the first episode, the results were announced on Saturday, April 20.

Students from the 3rd to the 12th year (for the general, advanced, elite and applied ranges) took the compensatory tests of the second semester, from April 18 to 22, in two daily periods, the first starting at nine in the morning. morning until eleven for two hours, and the second one was from 11:30 to 1:30 in the afternoon for two hours, and the exams were all face-to-face in schools.