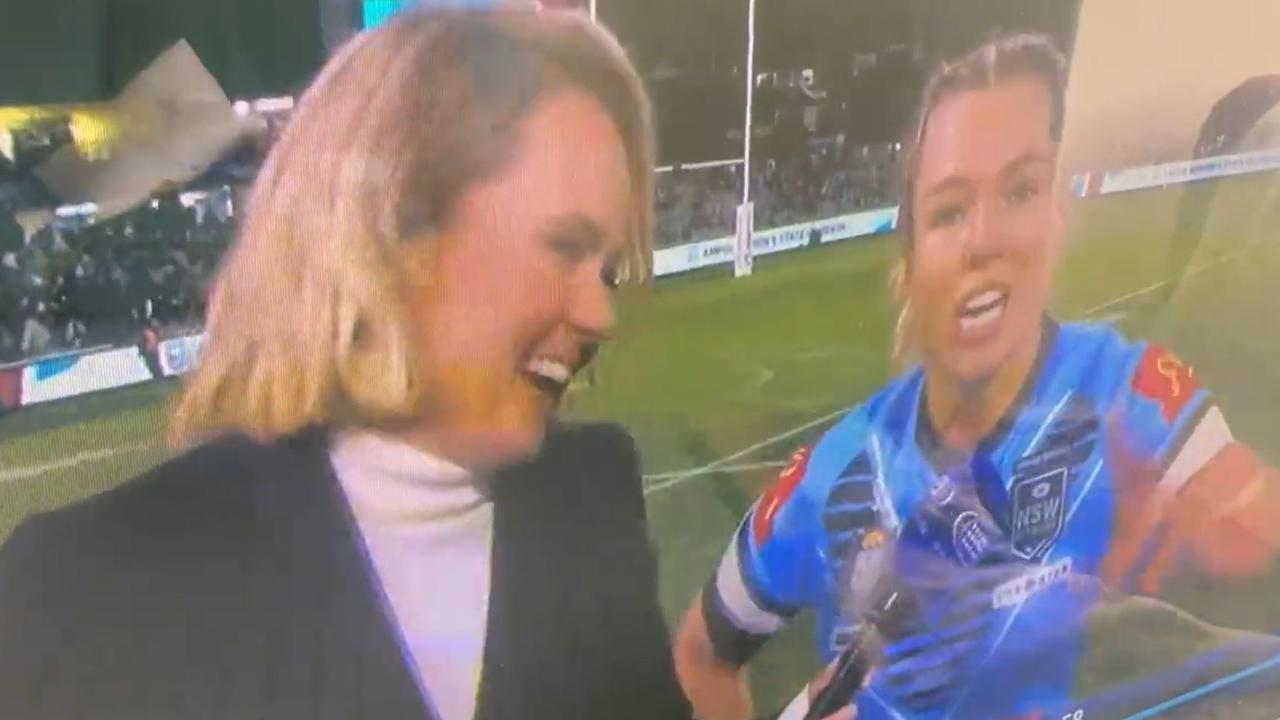 NSW regained the State of Origin women’s crest with a courageous victory, but a Blues star stole the show with a slip of the tongue on live TV.

Rugby league and live TV were a match made in heaven.

NSW won a hard-fought women’s State of Origin match 20-14 in Canberra on Friday night, but it was a hilarious moment at halftime that had fans laughing.

After Destiny Brill opened the Queensland account, the Blues retaliated with sensational attempts at Emma Tonegato and Kirra Dibb in quick succession.

The Blues opened up a 12-10 lead at half-time in a physical contest that fell within the State of Origin.

Tonegato, who chased a shot to score, was asked by Channel 9’s Emma Lawrence what she thought of the first 40 minutes as she walked off the field.

“It was nice out there,” she said.

Lawrence chuckled and gave a wry smile and the onlookers couldn’t get enough of Tonegato’s slip of the tongue.

Sportswriter Nick Campton said: “There’s no going back to the sevens now for Tonegato. She is rugby league to the bone.”

Lachlan McKirdy of CODE Sports added: “My favorite thing about people who f-bomb on live TV is they usually go ‘Oh shit, sorry’.”

Both NSW and Queensland crossed to a try each in the second half, but two penalty goals and Rachael Pearson’s more accurate conversion shot proved the difference as the Blues won by six points.

Isabelle Kelly was awarded the Nellie Doherty Player of the Match Medal in what was the first women’s State of Origin win since 2019.

The format of the Women’s Origin series will change next year from a single-player to a two-game series.

In the event of a tie, the Origin badge will be awarded to the winner of the previous year.