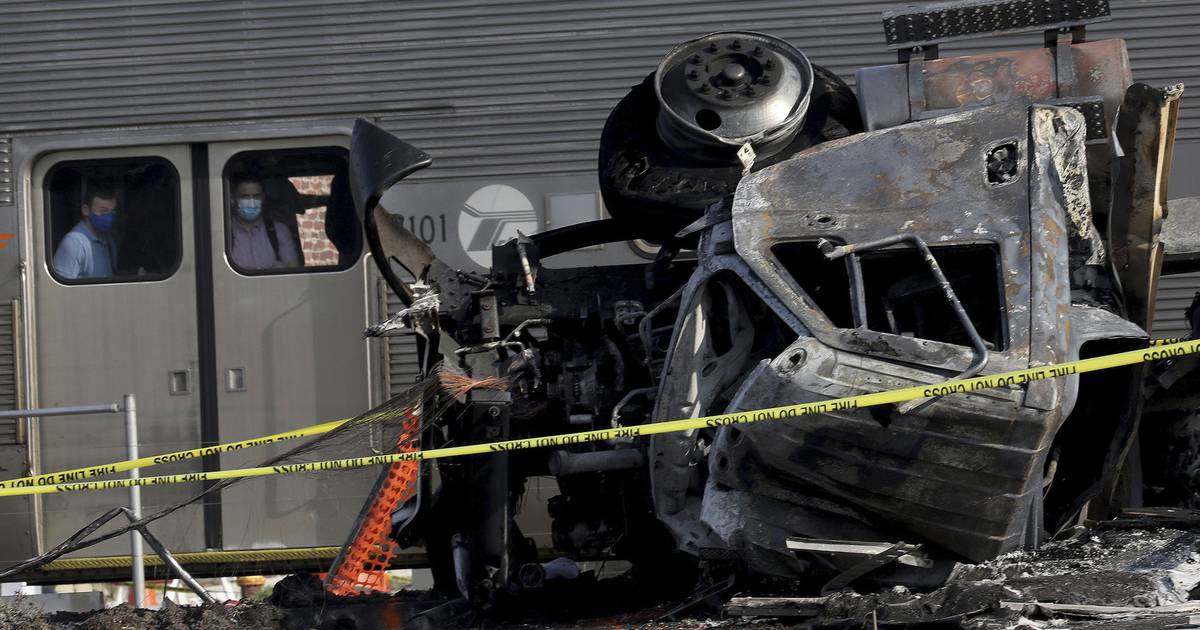 The family of a Metra passenger killed when a train collided with a truck filed a wrongful death lawsuit, saying the suburban rail agency and BNSF railroad on which the train was traveling should have known that construction at the Clarendon intersection Hills made him dangerous.

In the lawsuit, one of the daughters who manages the estate of Christina Lopez, who died in the accident, said construction underway at the intersection had led to traffic congestion and “other vehicles were stuck or blocked on the tracks.” Metra and BNSF “should have instructed, educated, trained, communicated and/or informed” their employees to exercise caution around the crossing, she said in the lawsuit.

The lawsuit, filed this week by Josephine Klonowski in Cook County Courthouse, also cites as defendants a moving company that, according to the lawsuit, owned the truck that got stuck on the tracks and an employee who was driving the truck. The employee has not been named or charged, and the National Transportation Safety Board continues to investigate the accident.

Lopez, 72, died on May 11 when the train he was on on the Metra BNSF line collided with a truck that was stuck on the tracks at the Prospect Avenue intersection near Clarendon Hills train station. Two other passengers had injuries that at the time were not believed to be fatal, according to Metra, and two crew members were injured, the NTSB said in a preliminary report in June. Three people in the truck escaped before the collision and were not injured, according to the NTSB.

The train was not running on its normal schedule and was going express to Union Station at the time of the accident, Metra said. The engine was at the rear of the train, meaning a car carrying passengers was the first to hit the truck, which spun and scratched the side of the car, damaging the main level seating area and the train’s window, the official said. NTSB. . Lopez was ejected from the wagon and the truck caught fire.

Lopez, who lived in Downers Grove, was on her way to visit one of her sisters in La Grange when the collision occurred. She was described by her family as a loving grandmother of five, mother of three “very, very strong women” and a devoted sister and friend to many.

His death marked the second accident involving a passenger fatality in Metra’s history.

In the lawsuit, Klonowski accused Metra and BNSF of negligence because they failed to inform their employees about the construction and condition of the Prospect Avenue intersection and failed to take other steps, including implementing a speed restriction.

The suit also accuses the moving company, Del’s Moving and Storage, and the truck driver of negligence.

Metra and BNSF declined to comment on the lawsuit, citing pending litigation.

Understanding why the accident occurred would shut down Lopez’s family, said Steven Jambois, her attorney. He hoped it would take a series of glitches on multiple levels to cause Lopez’s death, he said.

“(The family is) really motivated to make sure it doesn’t happen again and to really know what happened this time,” he said.