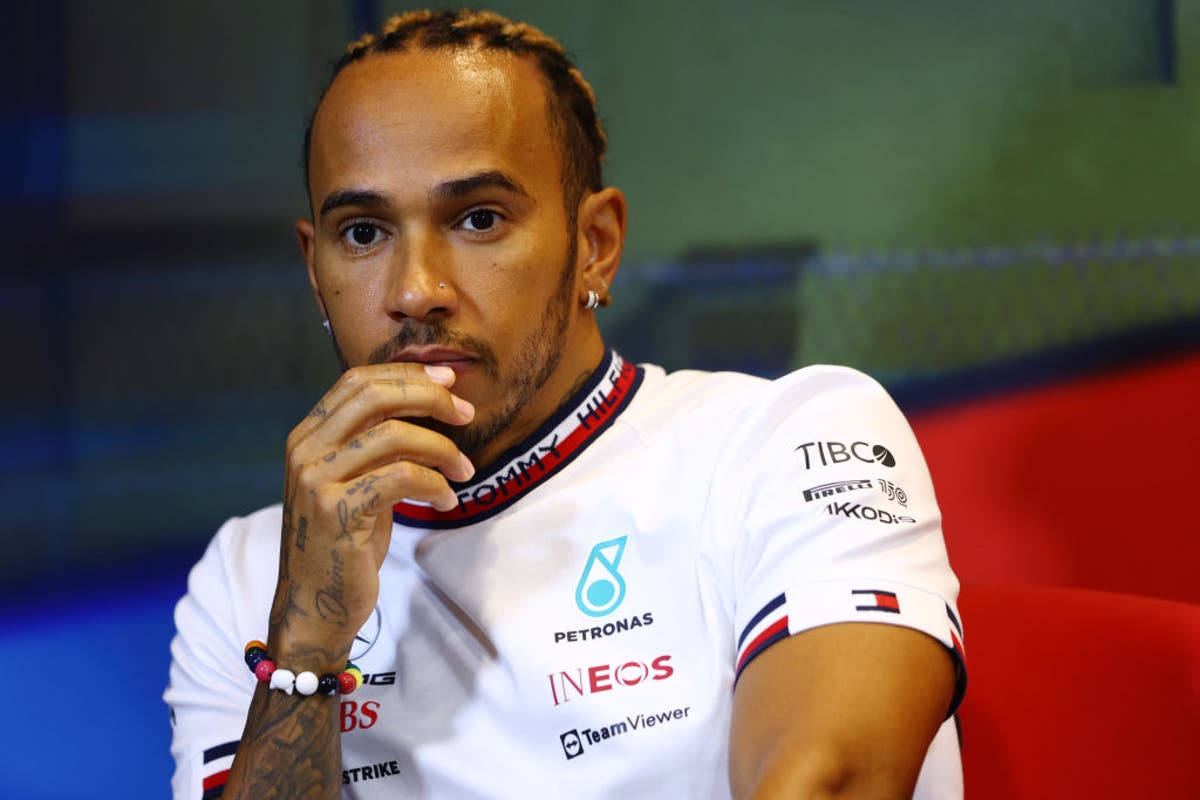 Follow the Formula 1 Azerbaijan Grand Prix live updates on the first day of practice in Baku. Defending champion Max Verstappen has warned he has “unfinished business” in Azerbaijan after he was denied victory in a chaotic race last season. It’s an ominous sign for the rest of the grid as Red Bull hits the street circuit on a run of four straight wins, following Sergio Perez’s victory at the Monaco GP last time.

Ferrari and Mercedes are under pressure to respond and the first two practice sessions will offer clues as to who can challenge Red Bull this weekend. Charles Leclerc has been without a win for two months but is in brilliant form in qualifying with three consecutive pole positions, while Lewis Hamilton is hoping Mercedes will finally solve its porpoising problems. It has been alleged that Red Bull fears the “dangerous” potential of the Mercedes car, but Verstappen remains the favorite as he looks to extend Red Bull’s run.

“I’m looking forward to getting back to Baku, we have some unfinished business there after last year,” said Verstappen. “It’s a tricky track with big braking zones and a tight exit, finding the best set-up for the car will be difficult in terms of getting the right wing level. It will also be interesting to see if we can improve our performance on one lap into qualifying as we are missing a bit.” Follow the Azerbaijan Grand Prix live updates below:

George Russell does not expect Mercedes to compete in Baku

“It’s no secret that we brought some changes to the car in Barcelona. This will be more in line with the performance we saw in Barcelona. I don’t think it’s much faster at the moment, but it gave us a direction to go. Sometimes you have to take a small step back to take three steps forward. I think it might need a few more races before we fight Red Bull and Ferrari for wins.

“I think we will be in our usual position, behind the top two and in front of midfield. [Chaos on Sunday] would be welcome, as long as we’re on the right side. You gotta look for the positives [overall]. We can’t be disappointed that we didn’t win a race at this stage of development. I think we did very well to maximize our opportunities to get points.”

Carlos Sainz: I could have beaten Monaco ‘with a little luck’

“Of course, with the benefit of hindsight, we would have done a few different things. Not on my side, but in the garage. We got the strategy right and I was leading everyone before we went to the slicks. Details like pit stops cost me the race. It just goes to show that in F1 everything has to click to win a race. That didn’t happen in Monaco, but I could have won the race with a little luck.

“Baku is a big challenge for the drivers and it’s a big circuit. I like to come here.”

Ricciardo addresses form ahead of Baku: ‘I like the pressure’

“It’s a great track, it’s fun – high speed. We have three street circuits in a row, which is cool. They are all different, but the risk-reward element is always present. 2017 was one of the craziest races I’ve ever been in, so I’m ready for it again. Analyzing Monaco, we started with the front foot and then we escaped. We did our job and arrived today with a few things to try out in the car. Full confidence moving forward now.

“I think at the end of the day people care. [about my results]. That’s why they’re talking about me, I know I can be better and that speaks to my results in the past and me as a rider that people believe in me. I don’t expect incredible storytelling when I cross the line in 13th. I like the pressure.”

Verstappen determined to take care of ‘unfinished business’ in Azerbaijan

Max Verstappen says he has “unfinished business” in Baku after crashing out with five laps left last season.

Vertsappen was on his way to a major victory in his title battle with Lewis Hamilton at the Azerbaijan Grand Prix when a tire problem sent him into the barriers, allowing teammate Sergio Perez to win the race.

Now Verstappen returns to the complex street circuit as world champion and at the top of the drivers’ standings, looking to claim the victory he lost 12 months ago.

“I’m looking forward to getting back to Baku, we have some unfinished business there after last year,” said Verstappen. “It’s a tricky track with big braking zones and a tight exit, finding the best set-up for the car will be difficult in terms of getting the right wing level.

“It will also be interesting to see if we can improve our performance on one lap into qualifying as we are missing a bit.”

Perez: Azerbaijan GP ‘all about confidence’

Perez after his victory at the Monaco Grand Prix last time: “There was a lot of emotion at home because it was a great day for my country. Winning in Monaco is a dream for every driver and it was very special. Things change so quickly in F1. You go from hero to zero in a matter of weeks. I think Baku is all about confidence and not making mistakes. You can commit your weekend very quickly here.

“I think Max explained it well. What he said is correct. Investing in young drivers makes it difficult to get into F1. When you have investment, they obviously want their money back. If it is limited, there will be less interest. I think this is one of the main points. But I think Max summed it up well.”

“So why should the drivers, with their intellectual property rights and all, be limited, who really bring the show and put their lives on the line, because we do. So for me it’s completely wrong.

“In all the junior categories, if you look at how many of these drivers have a sponsor or supporter, they will eventually have a certain percentage of their income in F1 potentially or elsewhere.

“I think it’s going to limit that a lot, because they’ll never get the cash return if you get a cap. So it will hurt all the junior categories as well and I don’t think you want that.”

Ricciardo responds to critics after poor start to 2022 F1 season

Daniel Ricciardo faces a big weekend in Baku and this week he insisted he hasn’t ‘forgotten how to drive’ amid a long season of poor form in Formula 1.

The Australian has struggled to live up to expectations since joining McLaren from Red Bull last year, and his best effort so far this season was a sixth-place finish in his home race in April.

Ricciardo’s contract with McLaren runs until the end of 2023, but team principal Zak Brown has hinted that the 32-year-old’s contract could be terminated before that date.

“It kind of comes and goes, where sometimes I get depressed,” Ricciardo said, “but other times I’m excited and motivated to prove a lot of people wrong and prove me right.

“Most of the time I will laugh at the doubt, because even in the last year – for sure – there were times when I was trying to figure it out. But already in April and May [last year] there were articles like ‘He’s lost’ but six months earlier, in 2020, I was considered one of the standout drivers of that season.

“The reality is that I haven’t forgotten how to drive in six months, I haven’t lost my competitive edge; it’s just a moment in time that i knew i could leave. You will always have people saying this and that. It is what it is, it’s up to me in the car to prove them wrong.”

“We just need to see in practice what we can do with the car and see where we are. last year was not our fault. We have different tires this year and they will behave very differently. It’s important to go there and see what we want from the car. Ferrari is very competitive, but we have to focus on ourselves.”