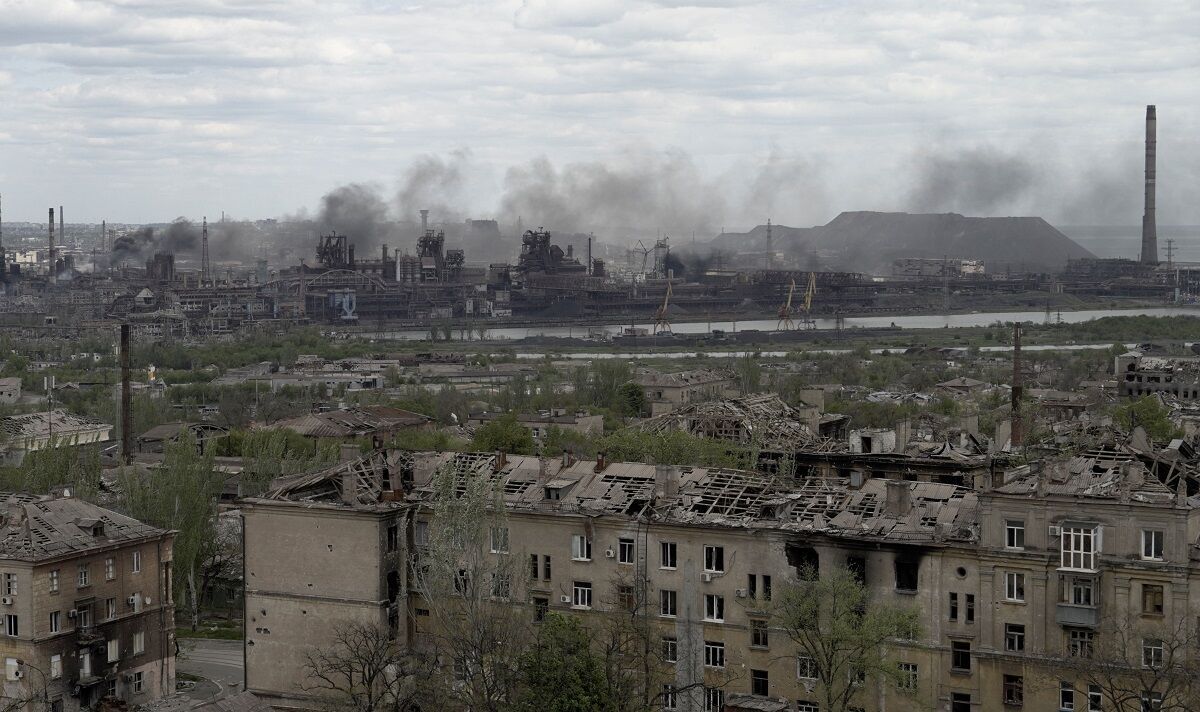 And Chechen troops, already accused of rape and murder of civilians, received a financial reward from Russian commanders for killing or capturing any Brits who volunteered to fight, sources revealed last night. Reports from Ukraine indicate that around 1,000 resistance fighters remain inside the Azovstal steel factory – living in a labyrinth of deep tunnels initially designed as nuclear shelters.

They represent the last pocket of resistance in the strategic port city that is now under Russian control.

Of those, at least three are former British soldiers with previous combat experience in Afghanistan. Two are former infantry corporals, while the third is a former combat medic.

He is believed to be busy helping to treat another 600 fighters who have been wounded during the constant barrage of Russian attacks over the past 10 weeks. Many of them received serious life-changing injuries and cannot receive proper medical treatment.

The former soldiers were among about 1,000 British veterans who volunteered to help Ukrainian forces after the February 24 invasion by Russian forces.

His presence in the besieged city was revealed last night by another former British soldier who joined the so-called International Brigade in Donetsk, before being wounded and evacuated to Lviv for treatment.

“All three of the steel mill boys served in the British army, I know two served in Afghanistan, but like me they were surprised by the intensity of the conflict,” said the 34-year-old veteran who served as a corporal with the rifles.

“We traveled together just before the start of the war with the aim of joining the Ukrainians in the east. But they were sent south and reinforced the Azov regiment.”

He added: “I was with some Canadians and didn’t hear from them until March when I got a text saying they had ended up in a steel factory in Mariupol.

“They told me that there was another Brit seriously injured at the factory and that he had been fighting in eastern Ukraine since 2014.

“Last month I got a few more texts and from what they said the conditions were terrible but very well organised. They had food and water – but their biggest concern was ammunition.”

Scarily, he said that all resistance fighters at the Azovstal steel factory were warned to “save a round for themselves because no one wants to be captured”.

He added: “I was told that in several body exchanges with the Russians at the border in 2015, it was clear even then that the returned dead Ukrainian soldiers were tortured first.

“Now the Chechens have received rewards from Russian commanders for any British captured or killed.

“They see Boris Johnson as the number one hate figure and are desperate to fight back the UK for the help it has given Ukraine.”

Azovstal is the last pocket of resistance in the strategic port city of Mariupol, situated on the Sea of ​​Azov.

Last week, harrowing footage emerged of conditions inside the Azovstal factory, showing Ukrainian fighters who had their legs amputated at the makeshift field hospital erected by the Azov Regiment.

Commanders say the wounded are living in unsanitary conditions “with open wounds bandaged with non-sterile remnants of bandages, without the necessary medication and even food”.

Although all the women, children and pensioners who desperately sought refuge at the plant were evacuated as part of a humanitarian mission coordinated by the United Nations and the Red Cross (ICRC) last week, around 100 civilians are believed to remain.

Last night, Robert Clarke, director of defense and security at the think tank Civitas, said: “If the Ukrainians have British non-commissioned officers there, it’s no surprise they’re holding up. Even two or three can make all the difference. They will be extremely valued now.”

Clarke, himself a former infantry corporal, added: “Like the Russians, the Ukrainian army does not have an established sergeant cadre.

“While the officers organize orders and plan the next day’s operations, it’s the non-commissioned officers who organize and build the defences, deciding where to place people and obstacles, making sure to channel attackers so that the most vulnerable areas are covered. It’s your main skill set. “

Following an appeal from Ukraine’s Vice President Mykhailo Fedorov in February, Musk, the world’s richest man, diverted SpaceX’s Starlink satellites to boost the country’s internet services that were disrupted by the invasion.

“We have injured civilians who need medical assistance.”