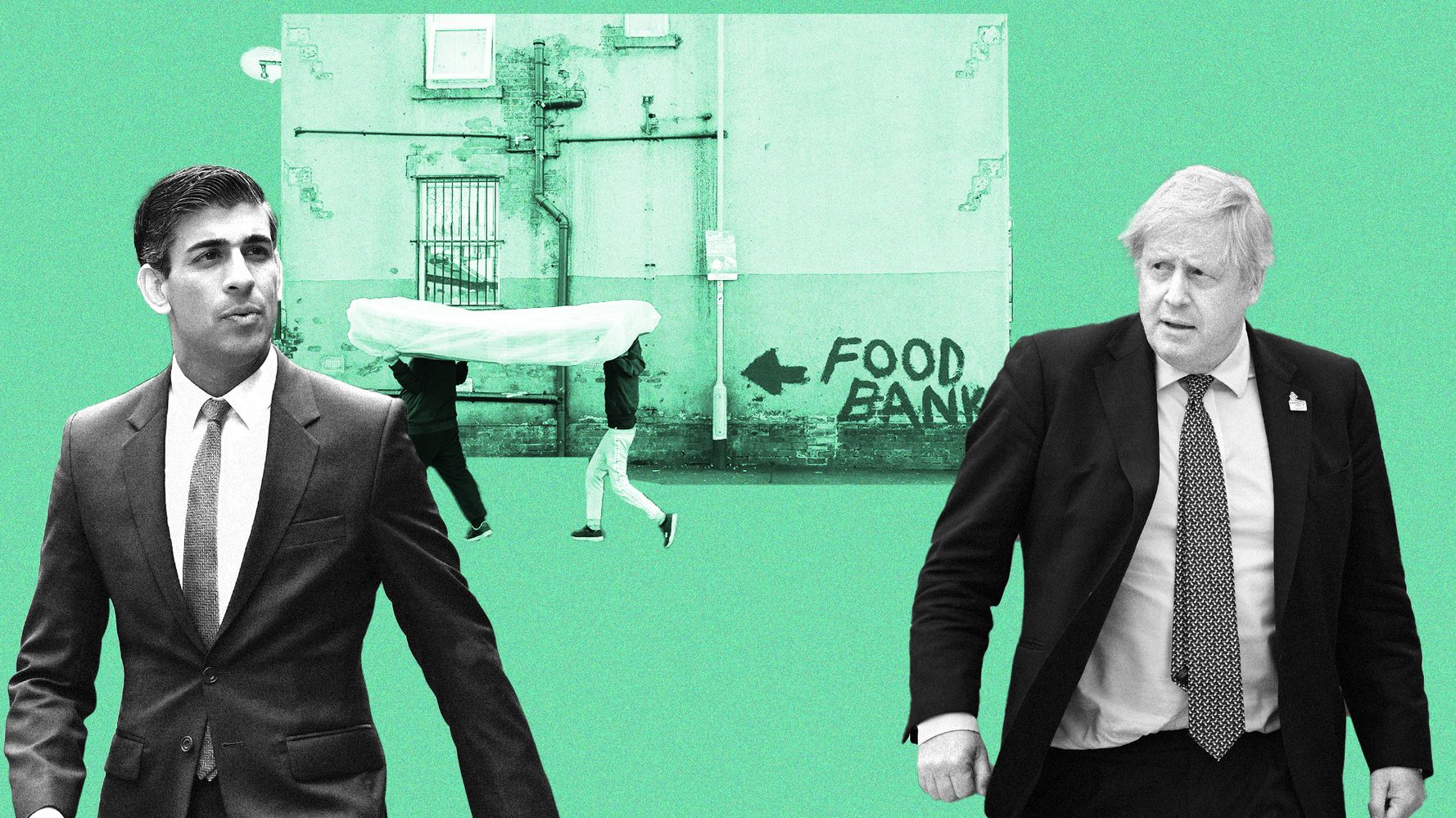 Major charities have demanded that the government take immediate action to help people struggling with the cost-of-living crisis.

This comes after Boris Johnson came under fire for introducing 38 new bills in the Queen’s speech, none of them designed to immediately alleviate the financial pain now being suffered by millions across the UK.

The prime minister insisted that the government’s plans would boost the economy and create thousands of new jobs, thus reducing living costs in the long run.

They warn that unless they do, minis risk turning a crisis into “a national emergency”.

What has the government announced so far?

Under the plan, energy bills will be reduced by £200, with the money being repaid in charges over the next four years. In addition, households in the AD bands are seeing £150 taken out of their council tax bills.

This is on top of other measures including a 5p reduction in the fuel tax, lowering the universal credit abatement rate to allow people to keep more of the money they earn, raising the national minimum wage, an extra £25 a week in cold weather payments and raising national insurance thresholds.

According to the Treasury, the total cost of the support already announced is £22 billion.

Why was the Queen’s Speech so disappointing?

The Queen’s speech setting out the government’s legislative plans for the next 12 months – delivered by Prince Charles after Her Majesty retired due to ill health – contained a total of 38 bills.

However, Boris Johnson went out of his way to emphasize that there was no new money to help people feel the pinch.

The prime minister said: “We must remember that for every pound of taxpayer money we spend on cutting bills now, that’s a pound we’re not investing in cutting bills and prices in the long run.

“And that, if anything, this moment makes it clear that our best medicine is in
fulfilling our mission of boosting the economy, creating jobs and spreading
opportunity across the country.”

As an unapologetic populist, the prime minister’s instinct will be to make a big announcement about an extra package of financial measures to help struggling voters. But as a fiscal conservative, the chancellor will resist any move at this point.

This likely explains the bizarre confusion between Number 10 and the Treasury on the same day the Queen’s Speech was announced.

Johnson told the House of Commons that he and Sunak would talk more about the cost of living “in the coming days”, immediately raising speculation of an emergency budget.

But sources close to Sunak quickly made it clear that they knew nothing about it and insisted that no further action should be taken before the fall.

An ally of the chancellor told HuffPost UK that “there were no announcements as far as we know”.

They added: “Rishi has always been clear that we would set up plans to support fall energy bills once we know what to expect. [energy] the price cap will be – but we’re not there yet.”

Does the government have any plans?

Johnson chaired a special cabinet meeting in Stoke with his core team on Thursday, where the government’s response to the cost-of-living crisis was high on the agenda.

While no further announcements have been made afterwards, it is understood that the prime minister and chancellor are eyeing a possible tax cut before MPs head off for the summer recess.

Talks of an unexpected tax on energy companies’ profits – as demanded by the Labor Party – are also on the rise, despite Johnson and Sunak repeatedly expressing their skepticism about such a move, arguing that it could hurt investment.

We also know that the chancellor will present a new package of financial support in the fall, when the energy price ceiling is expected to rise significantly again.

But critics say those on the lowest incomes, many of whom are regularly forced to choose between heating their homes and feeding their children, cannot wait several months for the government to intervene.

What should the government be doing now?

HuffPost UK has reached out to several charities to get their views on the crisis and ask what they believe Johnson and company should do without delay to alleviate the suffering of so many people across the country.

The universal view was that the government should use the benefits system to urgently direct support to those most in need.

Katie Schmuecker, Principal Policy Adviser at the Joseph Rowntree Foundationsaid: “The widening gap between the income of the poorest and what they need to pay for essentials is not just something that happens naturally – it is a political choice.

“The chancellor could have used the Spring Declaration to ensure that benefits are increased in line with this year’s very high inflation, and it’s not too late to act to protect people from the worst of this crisis. It just needs political will and quick action.”

“The Queen’s Speech was an opportunity to help people with disabilities, but that didn’t happen,” he said.

“The government must urgently provide greater financial support to people with disabilities directly through the welfare system.

Polly Neate executive director of Shelter, he said: “Housing is at the root of the cost of living crisis. Private rents are higher than ever, bills are skyrocketing and the housing benefit is lagging dangerously behind. We’ve heard from tenants whose landlords have said that unless they agree to a rent increase, they will be evicted.

“As a priority, the government needs to end the housing allowance freeze so that people can still pay rent. It should also eliminate no-fault evictions as quickly as possible to prevent more people from needlessly losing their homes and the additional financial hardship that this brings.”

Peter Grigg, Chief Executive of Home-Start UK, said: “At a minimum, the government should ensure that benefits increase in line with the cost of living. Benefits are increasing by 3.1%, but inflation is around 8% and prices and energy bills are rising even higher.

“So for low-income families, all this means a drop in income. If we can’t find ways to cut the bills and increase financial support for families, we’ll be pushing even more parents and children into poverty. Our children deserve better.”

Emma Revie, Chief Executive of the Trussell Trust, said: “We ask the UK government to bring benefits in line with the true cost of living. As an urgent first step, benefits must be increased by at least 7%.

“In the long term, we need the government to introduce a compromise in the benefits system to ensure that everyone has enough money in their pockets to keep them from falling into poverty. By failing to make benefit payments realistic for the times we face, the government now risks turning the cost-of-living crisis into a national emergency.”

Isabel Hughes from the Food Foundation said: “A commitment to a new Food Act would have demonstrated that the government was serious about tackling problems in the food system and making long-term sustainable action to reduce rising levels of food insecurity a priority. Families need and deserve more support.”

HuffPost UK also asked the highly respected Resolution Foundation for its opinion on what the government could be doing but is currently failing.

Mike Brewer, the think tank’s chief economist, agreed with the charities that the benefits system must be mobilized to help the country’s poorest before it’s too late.

He said: “With average income on track to fall by around £1,200 this year – the tightest squeeze in half a century – the new support will need to be bold.

“Another big rise in the energy price cap in October means more help with energy bills is inevitable. And while more universal support is welcome, the government must also target support to low- and middle-income families who are on the cusp of rising cost pressures.

“The most effective way to do this is to anticipate the big increase in benefits from next spring to this fall, or even earlier if possible. This would provide significant financial support to millions of hard-hit families, curb rising poverty levels and bring no long-term costs to the Treasury.”