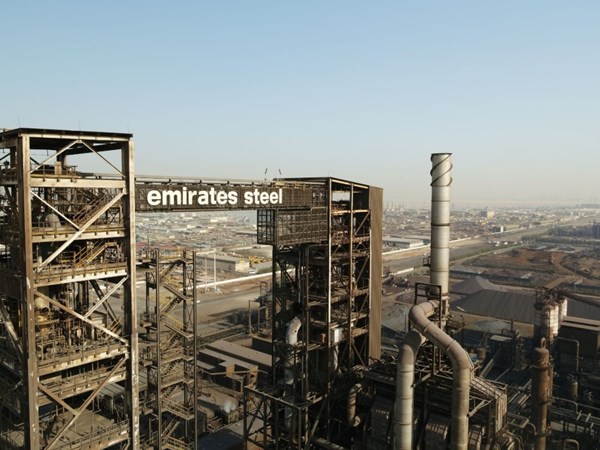 Sayed Al Hajjar (Abu Dhabi) Emirates Steel Group – Arkan announced that rebar prices in the local market have fallen by 13% to 2,750 dirhams per tonne as of next June, from 3,180 dirhams in May.
The company clarified on its website that this price does not include any quantity-based discounts, nor does it include additional fees on product sizes or quality or any other fees applied to the product price, such as the additional cost of raw materials.
The group’s rebar price curve started to rise from last March to around 2,590 dirhams per tonne, after stabilizing for about 3 months at the level of 2,490 dirhams, so prices continued to rise in April, reaching 3,125 dirhams per ton, and then 3,180 dirhams in May 2022.
The group stated its willingness to avoid a significant increase in rebar prices for end-users, as rebar prices in the local market are still among the lowest prices compared to the rest of the world.
Emirates Steel Arkan Group earned revenue of 2.04 billion dirhams in the first quarter of 2022, compared to 233.5 million dirhams in 2021.
The group’s net profit was 72.6 million dirhams, compared to 1.2 million dirhams in the same period in 2021, supported by better operating performance and increased sales.
The group confirmed that the strong earnings reflect the size of the positive impact of the merger stage witnessed in the last quarter of 2021 between Arkan and Emirates Steel.
Export markets accounted for around 45% of Emirates Steel’s total sales in 2021, while the remainder of sales took place in the UAE’s local markets, where Emirates Steel maintained its leading position with a market share of 60%. %.
Emirates Steel annually produces 3.5 million tonnes of rebar products, iron wire coils, structural profiles and pivot panels, enough to serve local markets and contribute to the country’s sustainable industrial development and diversify the structure of its economy. , by increasing its exports to the world.