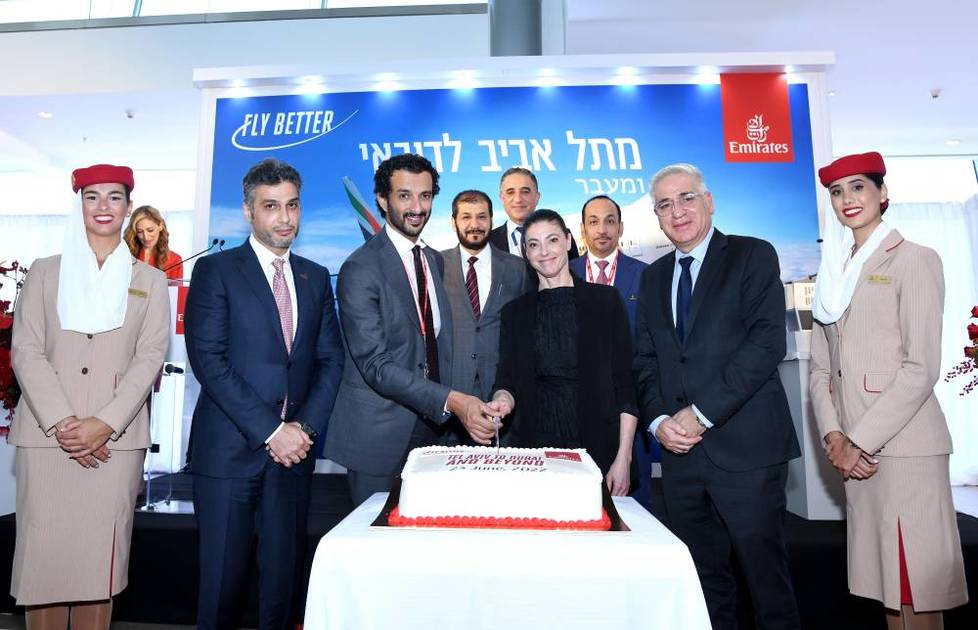 The Emirates Boeing 777 landed in Tel Aviv yesterday, Thursday, kicking off the airline’s first service to Israel. Flight EK931, which took off from Dubai International Airport, carried 335 passengers, including a delegation of dignitaries and airline employees.

The delegation included Abdullah bin Touq Al Marri, Minister of Economy, Mohammed Al Khaja, Ambassador of the United Arab Emirates to Israel, Amir Hayek, Ambassador of Israel to the country, Walid Al Naqbi, Senior Director of Coordination and Monitoring of the Ministry of Economy, Richard Mintz, Advisor to the Ambassador of the United Arab Emirates to the United States, and Ahmed Al Marri, Director of Operations The International Conference on the Gulf Cooperation Council and the Middle East and North Africa region at the Department of Economy and Tourism in Dubai, Abdul Hamid Seddiqi, Vice Chairman of the Board of Directors of Seddiqi Holding Company, and Ross Keel, Director of Kosher Arabia.

Upon landing at the airport, Emirates flight EK931 was greeted with a traditional water cannon salute. Merav Michaeli, Israel’s Minister of Transport and Road Safety, greeted the plane.

Minister Merav Michaeli said, “Israel and the UAE have strong economic and strategic relations, and during my last visit to the UAE, we signed agreements that facilitate trade and transport.”

Adel El Reda said: “We are excited to launch a Tel Aviv service that will be added to our growing network. Since we announced plans to include Tel Aviv in global reservation systems, we have received strong demand from travelers.”