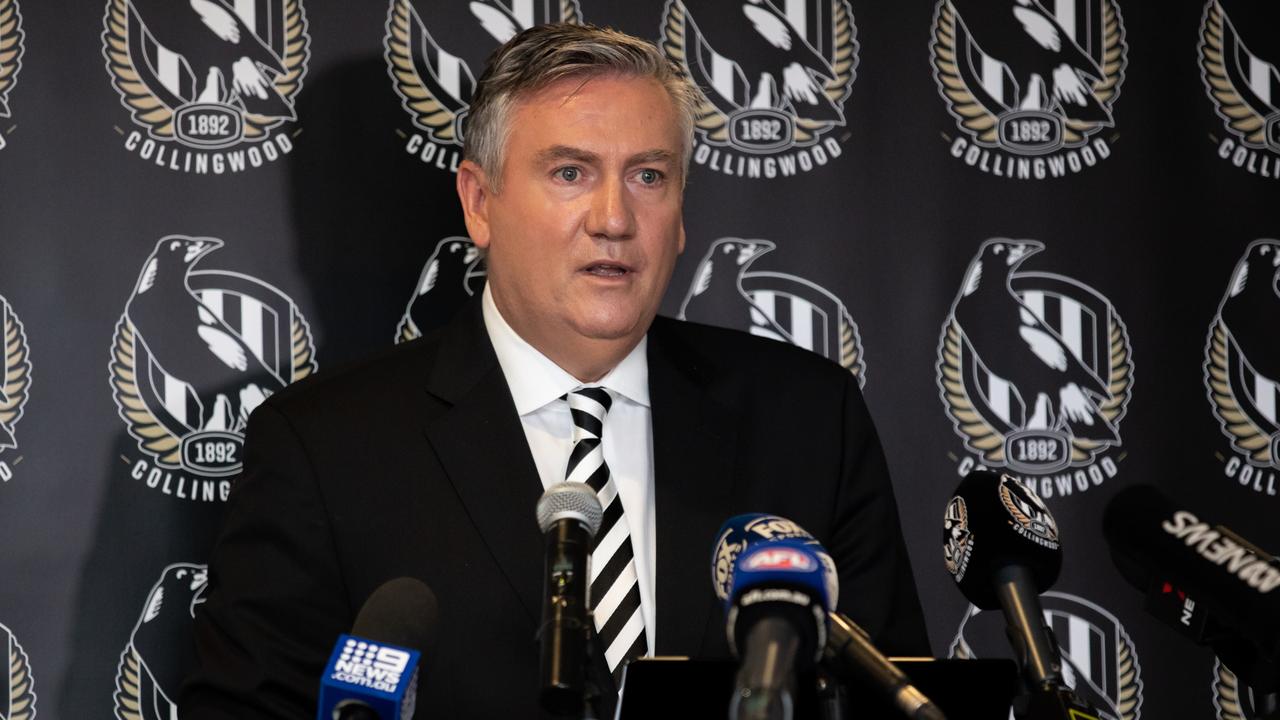 Eddie McGuire and a high-profile radio identity traded barbs in a heated radio segment that threatened to spill over.

Eddie McGuire and radio host Neil Mitchell exchanged verbal barbs in a heated radio segment that spiraled out of control on Thursday.

McGuire accused Mitchell of inviting him to his 3AW morning radio show under false pretenses before the war of words turned nasty.

Tensions between the two erupted again this week as they ended up on different sides in the public debate surrounding the punishment given to AFL star Jordan De Goey.

On Tuesday, De Goey was given a suspended fine of $25,000 for Collingwood and the club “condemned” his behavior, as seen in images that surfaced last week on social media.

De Goey also apologized for his conduct towards a friend during the incident at a Bali nightclub during his mid-season escape.

This came when De Goey revealed he was recently diagnosed with ADHD and said he believes it was a potential factor in the “mistake” he made.

De Goey was granted personal leave by the club.

He would also have a contract offer of $3.2 million taken off the table.

Mitchell was one of several media commentators on Wednesday to criticize any suggestion that De Goey’s ADHD diagnosis justified his behavior.

Mitchell said on Wednesday that “it can’t be a go-to for every AFL player in trouble to say ‘oh honey, I have this mental health condition,'” he said.

“How does ADHD turn you into a misogynistic, antisocial Balinese idiot?”

The pair then clashed on Mitchell’s Thursday morning show and produced nearly half an hour of prickly radio.

The duo quickly lost their cool when it came to the debate surrounding De Goey’s conduct.

“You walked in on a person who came out and declared that they had a mental health issue that has been treated for a long time,” McGuire said.

“(I did) the most benign of criticisms last night, but you are happy to come here when you know a child has mental health issues.

“You know the media does that, the pile-ons, you know there have been people who committed suicide on people’s backs just by kicking them too far in those situations.”

McGuire, who was president of Collingwood from 1998 to 2021, said he came to the show to “discuss where the media takes us and then criticize people.”

“We were trying to figure out, how does this guy get into trouble? I’m not defending him,” he said.

McGuire seemed to suggest that Mitchell was out of touch with “TikTok” as a “70-year-old.”

He said he “will not accept” any suggestion from McGuire that he was “mocking mental health”.

He also said that he “won’t accept that I lied to you”.

“One thing I have in my life is my reputation. I’m not a liar. I have the right to defend my integrity,” he said.

“You accused me of mocking mental health and I’m not.”

Mitchell said McGuire had his own long history of criticizing public figures through media commentary.

“Remember this is the same Eddie who called Adam Goodes ‘King Kong’ and wanted to drown Caroline Wilson in the Big Freeze,” he said.

“To paraphrase Julia Gillard, I’m not going to hear a lecture on decency from this man.

“I would normally ignore a huge sled I got from Eddie McGuire on TV last night, but I can’t ignore it.”

McGuire retaliated by saying that Mitchell himself had taken a list of people he would not name to “very dark places”.

The Bali incident is the 26-year-old De Goey’s latest in a string of scandals over the years.

In 2017, De Goey broke his hand during an incident at a St Kilda bar and initially lied to the club, telling authorities he injured her while playing with her dog.

A year later, he was suspended by Collingwood after being caught DUI and fined $10,000.

In July 2020, De Goey and another man were charged by Victoria Police with indecent assault, stemming from an incident that allegedly occurred to a woman in 2015.

However, prosecutors dropped the charge against the two men the following year and agreed to pay De Goey’s legal costs.

In October 2021, De Goey was arrested at a New York City nightclub and charged with forcibly touching a 35-year-old woman and assaulting a 37-year-old man.

The forced touching charge was dropped and he received a plea bargain to downgrade the remaining assault charge to second-degree harassment in January 2022.