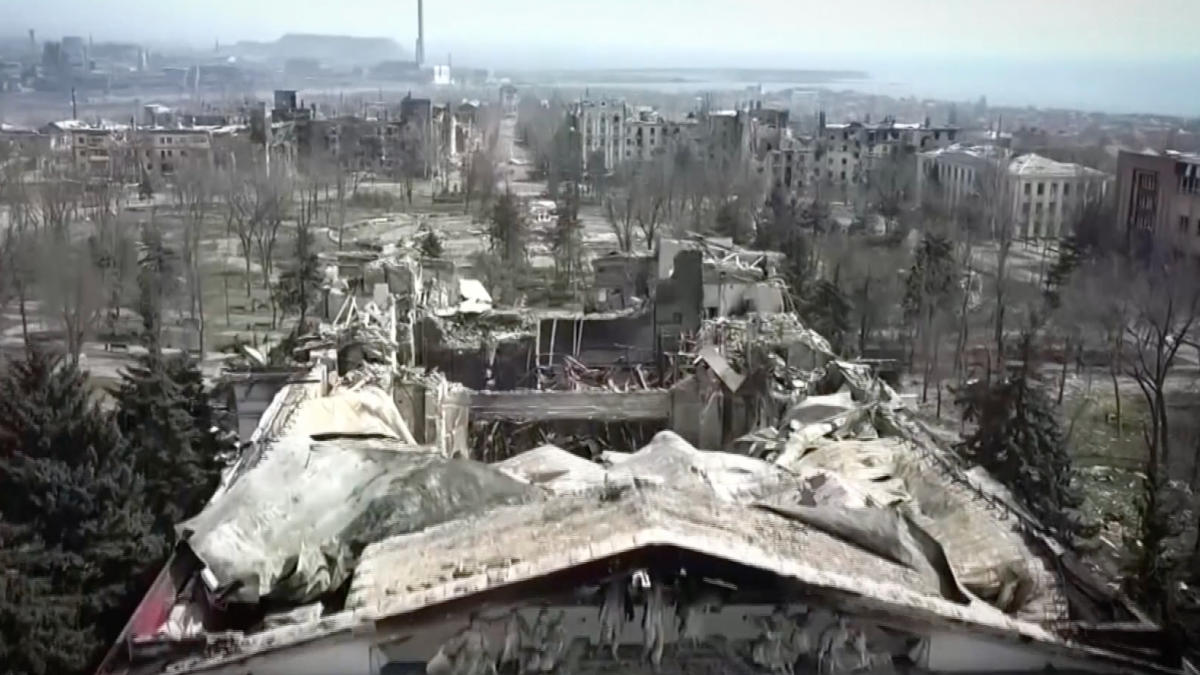 The theater was being used as one of the main shelters in Mariupol at the time of the March 16 attack. The Mariupol city council said it relied on witness accounts to estimate the death toll, which has been difficult to gather due to the constant bombardment of the besieged city.

According to Reuters, which published the aerial footage, the Russian word for “children” was written on the ground at the time of the attack.

“Up until the very last moment, one does not want to believe this horror,” the city council said in a statement. “But the words of those who were inside the building at the time of this terrorist act says the opposite.”

According to the United Nations human rights office, at least 1,793 civilians have been killed and another 2,439 wounded in Ukraine since Russia’s invasion on Feb. 24, although the agency believes the current death toll is likely much higher.

Ukrainian President Volodymyr Zelensky said Monday that “tens of thousands” of people have been killed in Mariupol alone.

“Mariupol has been destroyed; there are ten of thousands of dead,” Zelensky said in a video address to South Korean lawmakers. “But even despite this, the Russians are not stopping their offensive.”

“Russian troops will move to even larger operations in the east of our state. They can use even more missiles against us, even more air bombs,” Zelensky said in a televised address. “But we are preparing for their actions. We will respond.”