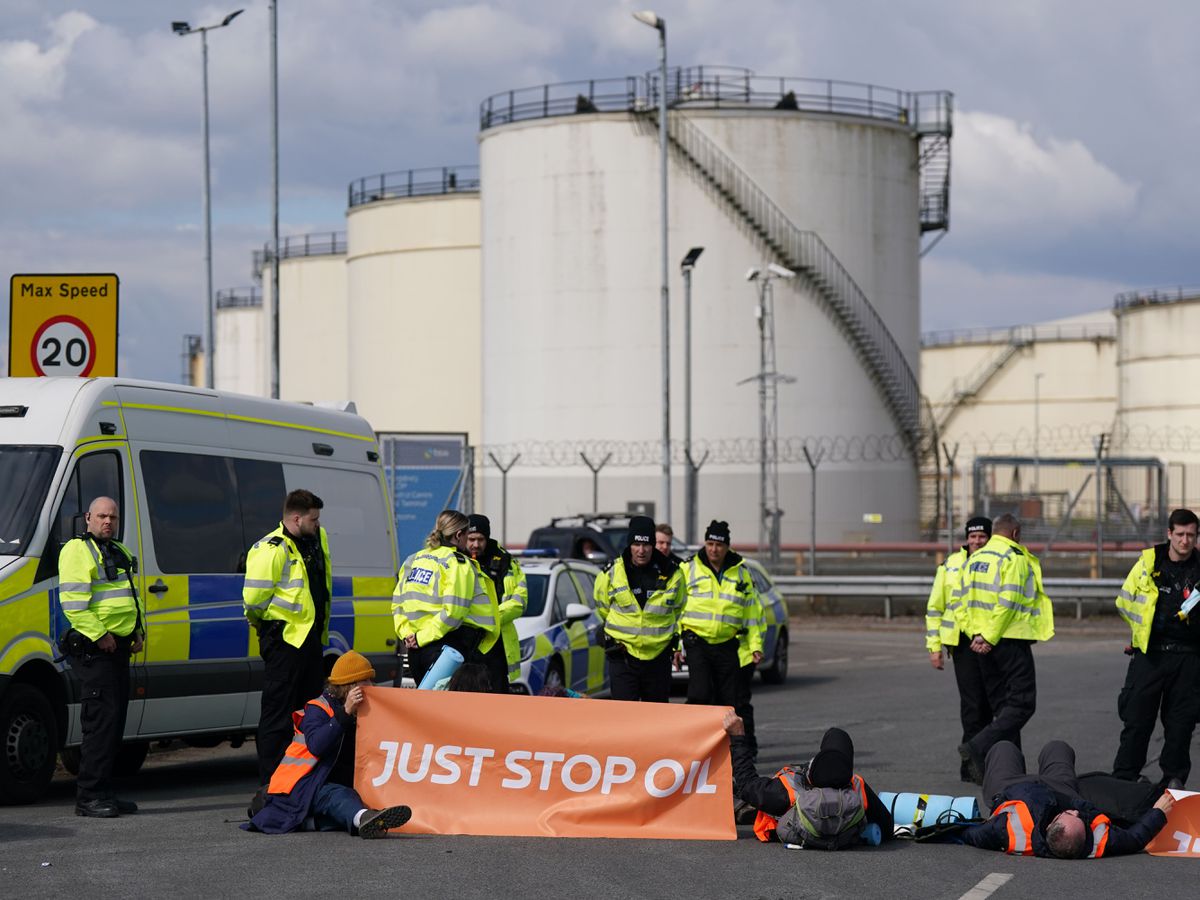 Activists from Just Stop Oil have been hampering access to oil terminals for days, demanding that the Government stops new fossil fuel projects.

Essex Police has arrested hundreds of protesters since the disruption started on April 1 but the campaign group said some of its activists were still locked on to pipework at a terminal in Grays on Monday.

A number of people were also occupying a tunnel under a major access route to the Kingsbury oil terminal in Warwickshire, the group said.

A No 10 spokeswoman said: “We recognize the strength of feeling and the right to protest is a cornerstone of our democracy, but we won’t tolerate guerrilla tactics that obstruct people going about their day-to-day business.”

The spokeswoman added: “We fully support the police who are putting significant resource into their response to the demonstrations.”

The latest figures from Essex Police on Sunday said 338 arrests have been made, with 26 more expected.

The force said that policing protests in Thurrock has cost Essex Police “in excess of £1 million”.

Warwickshire Police said a heightened police presence was expected at Kingsbury over the coming days, with 29 arrests made over the weekend – and 180 since the April 1 protests began.

The protests, along with similar action at other sites in April, have been blamed for fuel shortages at forecourts in parts of the country.

In a statement, Just Stop Oil said: “Over 400 people have joined actions that have succeeded in stopping operations for up to 24 hours at a time at 11 critical oil terminals that supply fuel to hundreds of petroleum stations across the Midlands and south of England .

“As many as one in three petrol stations are being reported as shut in the south of England due to the disruption caused by the actions.

“This is miserable, and our hearts go out to all those who are disrupted. No-one wants to be doing this, but it’s 2022 and right now there is a need to break the law so we are not guilty of greater crime, that of complicity with a great evil.

“We have no choice but to enter into civil resistance until the Government announces an end to new oil and gas projects in the UK.”