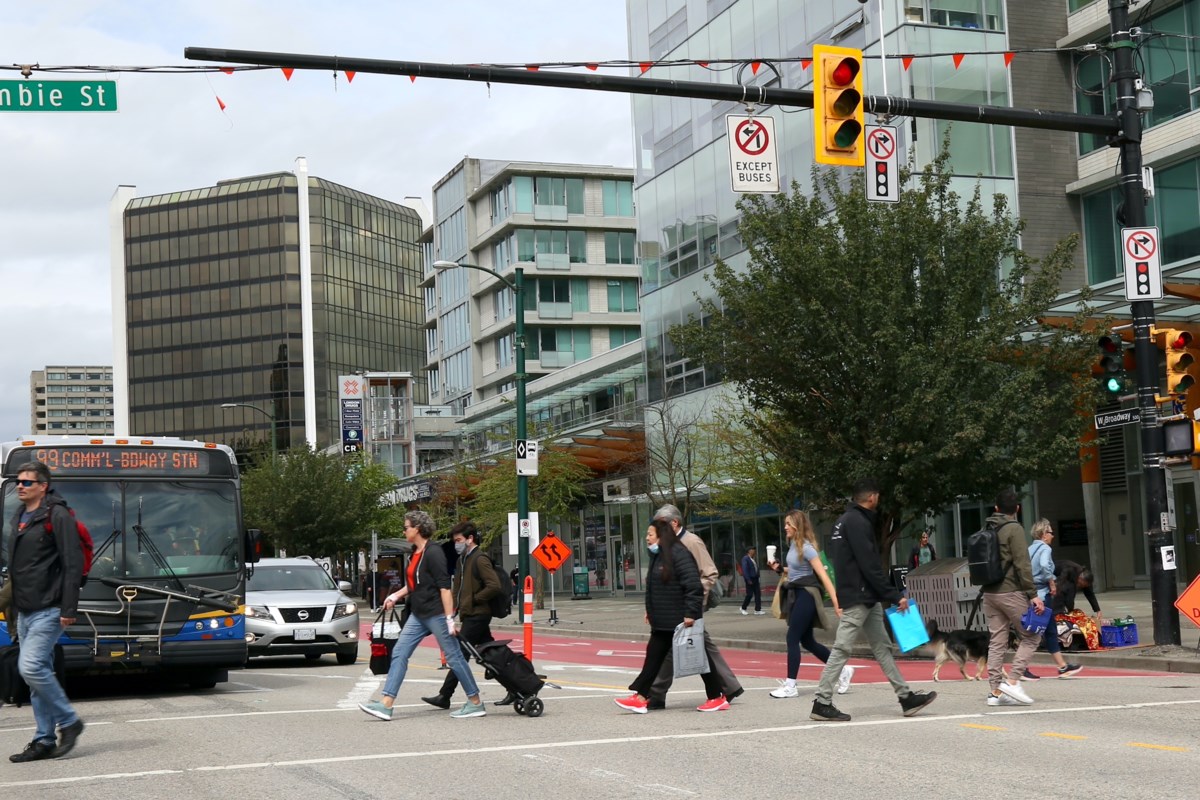 Count Christine Boyle: ‘The public is watching and I am deeply concerned about how chaotic we are’

I’ve been told this a few times by several members of this current city council, when asked to respond to criticism that they take too long to reach a decision, or spend too many hours on a topic that is driven by idealism rather than pragmatism.

But how to explain what happened on Thursday in the council chamber?

Was this really democracy in action?

Some directors I spoke with before the 3pm meeting start time were pretty confident that the board – after an hour’s dinner break at 5pm – would go through all 40+ amendments to the plan by 10pm.

Count Melissa De Genova has been accused of being at the center of this after she introduced a series of amendments related to affordable home ownership, eliminating the two towers per block rule and including a development site for a West Fourth Avenue Safeway that is outside the limits of the plane.

De Genova also requested that a section of Main Street be zoned to allow buildings up to 14 stories high for companies like the Goh Ballet Academy, whose owners want to develop their property rather than being forced to close or relocate.

But it was De Genova’s pressure to include the Safeway site in the plan that angered Mayor Kennedy Stewart.

“I’m a little alarmed,” the mayor said. “We have a 500-block plan ahead of us that has gone through years of consulting, with dozens and dozens of people who have attended many public hearing nights, and I find it alarming that we just put something this big at the end of it.”

Stewart added: “There’s a process that the director of planning said these owners of this site have known about for a long time. So let’s try to focus on the plan we have in front of us, which is huge.”

‘Nobody needs a lecture’

So Count. Rebecca Blig spoke up.

“I’m going to basically reiterate what the mayor shared, and I’m also feeling quite alarmed that we’re in this for four hours and we’re on a councilor’s amendments,” Bligh said.

“It’s nothing personal for Councilor De Genova, but I think we have to recognize that we run the risk of not even finishing this item tonight if we continue like this. So nobody needs a lecture, but the growing anxiety in me is that this is going to continue.”

Bligh added: “So I would just like to draw the attention of the board to the fact that it’s seven o’clock and we have 40 amendments to pass.”

‘How chaotic we are’

Four minutes later, it was the Count. Christine Boyle’s turn.

“I will just reiterate what Councilman Bligh said: we are hours in [to this meeting] and there are many amendments to come,” Boyle said.

“They were released weeks in advance and the team put in an incredible amount of time. The audience is watching and I am deeply concerned about how chaotic we are. So hopefully we can focus on doing that today. I’m having a hard time with the chaos that is involved in some important decisions here in real time.”

Count Adriane Carr, who was chairing the meeting, responded to Boyle’s comments, saying, “I’m doing my best to keep the chaos at bay.”

Boyle: “Sorry, that wasn’t a comment about you. I appreciate the presidency.”

From Genoa: “Are we talking about amendment or chaos?”

From Genova: “Can I only talk about my amendment or can I also talk about the chaos?”

About him went to Coun. Sarah Kirby-Yung urged those involved to “dismiss the sidebar comments”, prompting De Genova to go out of her way to explain the reason for her changes.

“I’m making decisions based on feedback from the public, based on consultations, based on the expert opinions of our team,” she said.

My goal in spending six hours attuned to the council’s debate was to report whether the plan was going to be greenlit or sent back to the team, like the Count. Colleen Hardwick recommended it through a press release that circulated ahead of the meeting.

Instead, I can inform you that the meeting will be held again on June 22nd.

May I also inform you that some of the changes approved so far include:

• Tenant protections, including displaced tenants being able to return to a new rental unit at a 20% discount on mid-market city rents or the tenant’s current rent, whichever is less.

• Allow more towers in a block than originally designated in the plan.

• Consult the Musqueam, Squamish and Tsleil-Waututh nations and incorporate values, history and art into the public sphere.

• Work with the school board and provincial government to prioritize new schools and school expansion in anticipation of population growth in the corridor.

• Conduct an operational review of the Vancouver Fire Rescue Services to understand the need for personnel and new fire stations built to accommodate population growth.

Another thing to report is that democracy can be messy, but it gets messier in an election year.