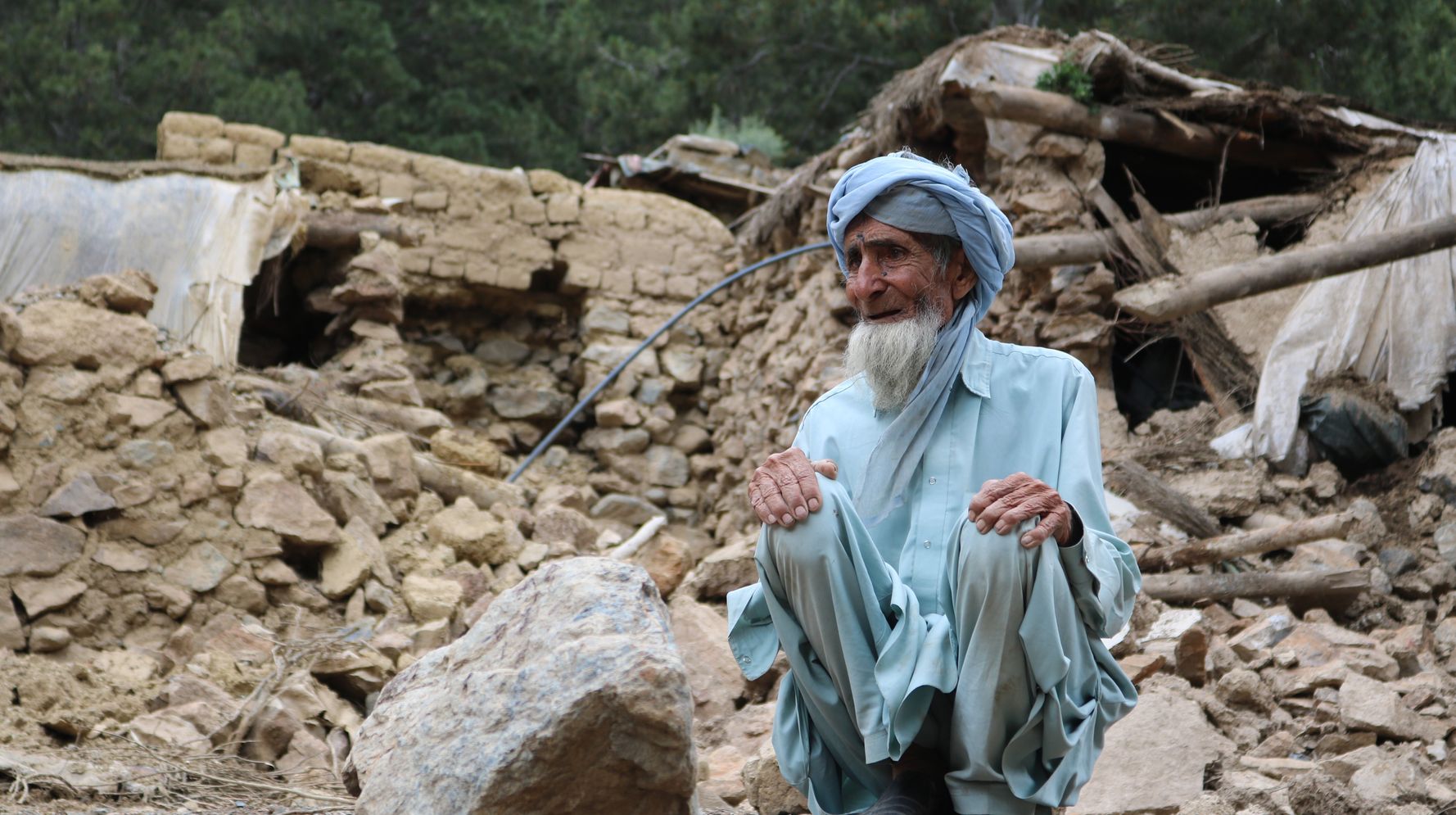 Hundreds of people died in an earthquake in southeastern Afghanistan on Wednesday, adding to the country’s already severe economic and humanitarian crisis. Search and rescue operations are ongoing.

The 5.9 magnitude earthquake caused the most damage in the mountainous areas of Khost and Paktika provinces, located in southeastern Afghanistan and on the border with Pakistan.

Afghan media showed images of collapsed buildings and victims wrapped in blankets on the ground in the hours following the earthquake. Accurate information on remote mountain villages affected by the earthquake is limited.

An estimated 770 people were killed, at least 1,455 people were injured, and nearly 1,500 homes were found to be destroyed and damaged, according to the United Nations Office for the Coordination of Humanitarian Affairs, or OCHA. The Taliban estimated the death toll at more than 1,000 people.

On Wednesday night, the Taliban Defense Ministry confirmed that 90% of the earthquake-related search and rescue operations had been completed. However, additional assessments are taking place on Thursday to verify this, and the victims could rise even further, OCHA reported.

Taliban Supreme Leader Haibatullah Akhundzada – who almost never appears in public – called on the international community and humanitarian organizations “to help the Afghan people affected by this great tragedy and spare no effort”.

United Nations Secretary-General António Guterres said the global agency is “fully mobilised” to help, with the UN confirming it has sent health teams and supplies of medicine, food, trauma kits and emergency shelter to the zone. of the earthquake.

President Joe Biden is monitoring developments in Afghanistan and has directed the US Agency for International Development and other federal government partners to assess how to help those most affected, US national security adviser Jake Sullivan said in a statement earlier this month. Thursday.

But until that happens, international aid is limited given the severe sanctions imposed on the Taliban government last year following the fall of the US-backed Afghan government.

Turkey’s Foreign Ministry said on Wednesday that the Turkish Red Crescent, which operates in Afghanistan, had sent humanitarian aid to the victims. On Thursday, a Taliban spokesman said aid had also arrived from Qatar, Iran and Pakistan, with flights and trucks carrying items such as medicine, tents and tarpaulins.

Relief work under the Taliban

Taliban officials have sent five helicopters and more than 45 ambulances to Paktika province to facilitate medical evacuations, according to OCHA. The Taliban leadership allocated 100 million Afghans (about £914,000) for relief.

Reuters reported that poor telecommunications networks and a lack of adequate roads are hampering relief efforts.

“We were unable to reach the area, the networks are very weak, [are] trying to get updates,” Mohammad Ismail Muawiyah, a spokesman for the Taliban’s top military commander in Paktika province, told Reuters.

Bad weather conditions are also making transportation difficult, according to the International Federation of Red Cross and Red Crescent Societies, or IFRC.

“We face much more serious risks than war.”

“Of course, as a UN, we don’t have… specific equipment to get people out of the rubble. This has to depend mainly on the efforts of the in fact authorities, who also have certain limitations in this regard,” he said.

“We are concerned not only with non-food items and getting people to shelters and providing medical supplies, but also preventing waterborne diseases,” Alakbarov said, adding, “and this could be a very, very undesirable scenario.”

An estimated $15 million (£12.2 million) in aid is needed to respond to the disaster, Alakbarov said – a figure that will likely continue to rise as information on the situation on the ground comes in.

“Disaster response is complex and challenging,” said former Afghan Minister of State for Disaster Management Najib Aqa Fahim, who expressed doubts in an interview with HuffPost about the Taliban’s ability to respond. “The Taliban administration has no experience responding to disasters. There was an insufficient response to the severity of the occurrence.”

Fahim said Afghanistan’s disaster response infrastructure was undermined when the Taliban took power. Unqualified Taliban members have replaced disaster management professionals at the ministerial and provincial levels. The High Commissioner for Disaster Management, which previously served as the coordination between government agencies and international humanitarian organizations, is currently ineffective. There are no longer provincial or district disaster management committees or local councils to help coordinate and disseminate information.

“There is no proper coordination, division of tasks and clear procedures to respond to such incidents in a timely manner,” Fahim said.

This earthquake has only added to the many problems affecting Afghanistan. The economy was already struggling from armed conflict and severe drought, and the US and its allies froze some $7bn (£5.7bn) in foreign reserves and cut off international funding when the Taliban took power.

“The country is recovering from the effects of decades of conflict, prolonged and severe drought, the effects of other intense weather disasters, extreme economic hardship, an impaired health system and system-wide gaps,” the IFRC said on Wednesday. , calling for more global support.

“So even if the disaster is localized, the scale of the humanitarian needs will be enormous.”

Fahim says that while some funds have been allocated for relief efforts, it takes a long time to be used due to a lack of coordination within the Taliban leadership.

“My hunch is that greater damage and suffering will result from this weakness if international aid organizations do not step in immediately to fill this gap,” Fahim said.

Afghanistan is a country at high risk of being affected by any natural disaster as it has been hit by droughts and floods.

“We face much more serious risks than war,” Fahim said. “We now face the added difficulty of dealing with natural disasters. These concerns require an understanding on the part of current management. We need leadership, strategy, experience and funding.”