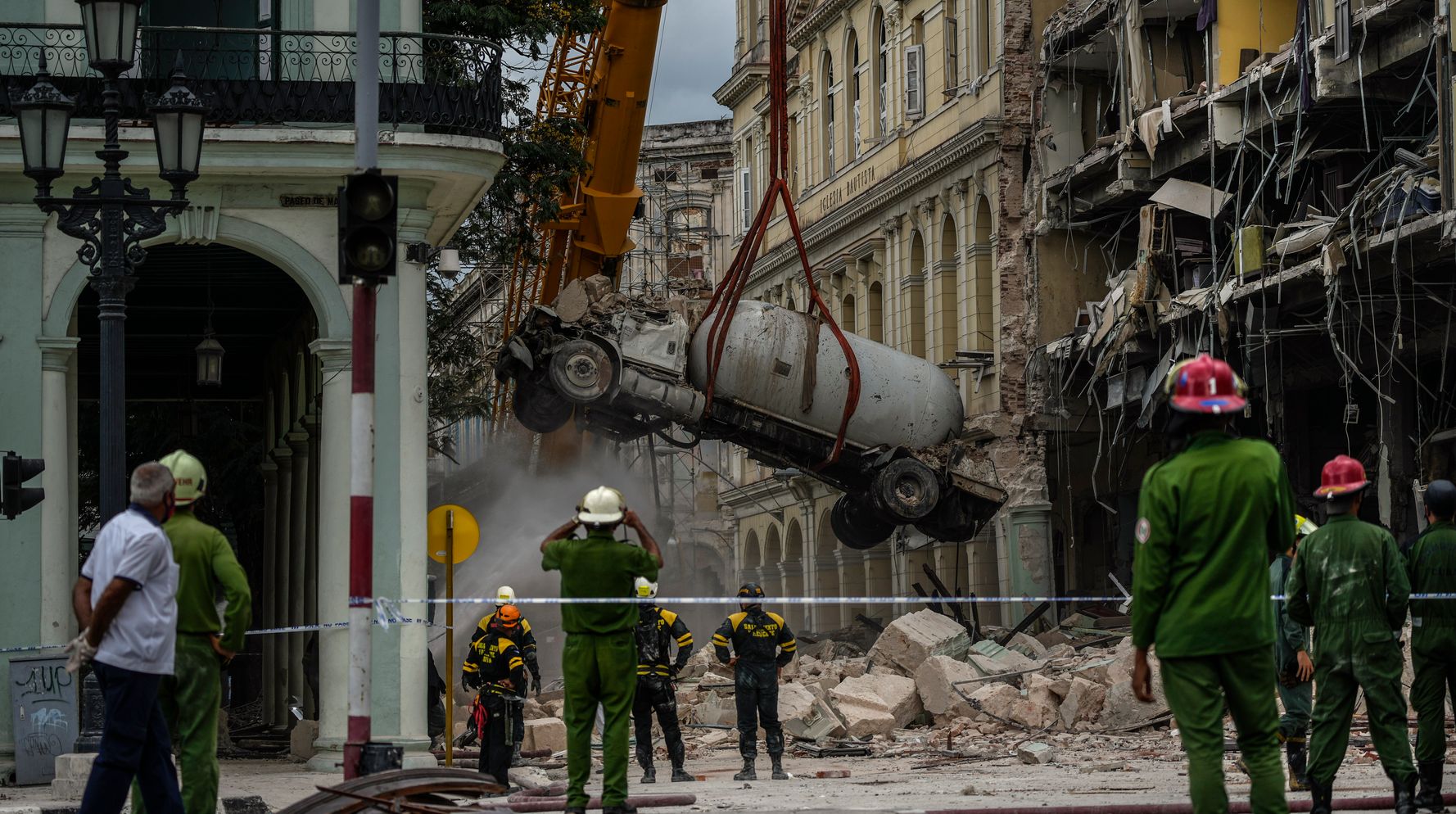 HAVANA (AP) – Search teams with dogs on Sunday hunted the ruins of a luxury hotel in Cuba’s capital for survivors of a devastating blast as authorities raise the known death toll to 30.

The Hotel Saratoga, a 96-room five-star hotel in Old Havana, was preparing to reopen after being closed for two years when an apparent gas leak began, blasting the exterior walls onto the busy mid-morning streets, just a short walk away. country capitol block. construction on Friday.

Cuban authorities on Sunday increased the known death toll from 27 to 30 as teams continued to search for victims buried under piles of broken concrete. Several nearby structures were also damaged, including the historic Teatro Marti and Calvary Baptist Church, the denomination’s headquarters in western Cuba.

The church said on its Facebook page that the building suffered “significant structural damage, with several walls and columns collapsed or cracked (and) the roof partially collapsed,” although no church personnel were injured.

“We hope something is known about my cousin’s mother,” Angela Acosta told the Associated Press near the blast site. A relative of hers, María de la Concepción Alard, lived in an apartment next to the hotel with a black Labrador retriever, who was rescued along with another dog on Sunday.

“There are mothers who are without their children today,” said Matha Verde, a manicurist who was walking near Saratoga on Sunday as Mother’s Day was celebrated in Cuba. She said she tells women who lost their sons or daughters in the blast that they “have to go on.”

The explosion added to the woes of a crucial tourism industry that had been smothered by the coronavirus pandemic, as well as stricter sanctions imposed by former US President Donald Trump, and kept the Biden administration going. These limited visits by American tourists to the islands and restricted remittances from Cubans in the US to their families in Cuba.

Some attention in Cuba has begun to shift to an official visit by Mexican President Andrés Manuel López Obrador, who arrived Saturday night and met with Cuban President Miguel Díaz-Canel on Sunday. López Obrador was wrapping up a five-country tour that started in Central America.

Díaz-Canel visited Mexico during the Independence Day celebrations last year. López Obrador recently spoke out against the US government’s apparent intention to exclude Cuba, Venezuela and Nicaragua from the Summit of the Americas to be held in Los Angeles in June.