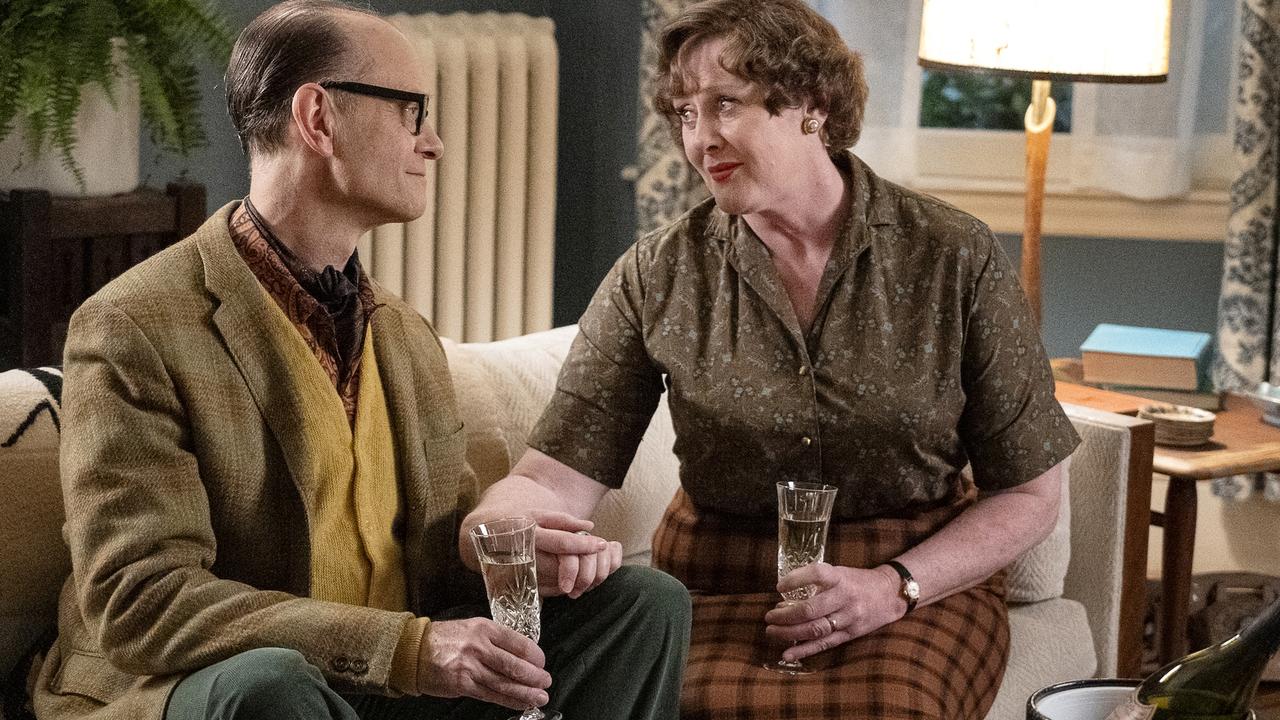 The stars who played Lilith and Niles in the hit sitcom ‘Frasier’ are back together in a new show about culinary pioneer Julia Child.

David Hyde Pierce was thrilled when he found out his old mate – and Frasier sparring partner, Lilith – Bebe Neuwirth was joining the cast of JuliaFoxtel and Binge’s new series, which chronicles just how iconic American cook Julia Child kickstarted the juggernaut that became television cooking shows.

“I was going to say, we get to work together more closely on this show, but that’s not true because we actually slept together on Frasier,” grins Hyde Pierce over Zoom from his New York home.

“We don’t sleep together in this show,” adds Neuwirth with a laugh, from another Manhattan location. “Well, not in season one, anyway.”

The friends, Neuwirth says, “have a shorthand that comes from knowing each other for years”.

“We were in our twenties when we met. We know the same people, we travel within the same community, we just have so many connections,” Neuwirth adds.

“We both come from the theater – long before Frasier or cheers – and we have a lot in common,” continues Hyde Pierce.

“We really loved working together on Frasier – it was a wonderful opportunity, and I would just say more of the same now.”

Adds Neuwirth: “It just gets better and better.”

“I remember watching Julia Child on TV in the ’60s when I was a child,” Neuwirth recalls.

“She was smart, goofy, sincere, authentic – she wasn’t like anybody else. She exuded joy. You just wanted to see what was happening on that television – she was that entertaining.”

Hyde Pierce says he was drawn to the story because of Julia and Paul’s loving and – shockingly for the times – equal relationship.

“I was fascinated by Paul. He was such a complicated man, so loving but so difficult, so talented, so frustrated, just all of these amazing things that made him interesting to play,” says Hyde Pierce.

“Paul was a black belt in judo, he was a photographer, he was a fine painter and drawer, he built beautiful furniture, and he accepted being in the shadows of this extraordinary woman, which at the time, was most unusual. This great relationship was the other thing that drew me to it.”

Hyde Pierce’s very particular Paul brings to mind a certain Niles Crane, but the actor is having none of it.

“I don’t think Niles would be able to build fine furniture [like Paul did],” Hyde Pierce laughs.

“If I were to encapsulate it, I would say that Niles was someone who existed despite his body whereas Paul is someone who inhabits himself. He’s a man who sees everything – there’s a lot that Niles didn’t see. That was part of the character; everyone else could see things that he was oblivious to. That’s not Paul.

“Paul is a guy of the moment, he’s a man of action, he didn’t hesitate to go after the woman he loved. The only thing that might be similar now is my hope that Daphne and Niles in their 60s are as in love as Paul and Julia are in this show.”

Adds Neuwirth: “I thought you were going to say, David, that the only similarity is that you and Niles are the same height.”

“I would,” laughs Hyde Pierce. “But I think that I’m actually shorter now.”