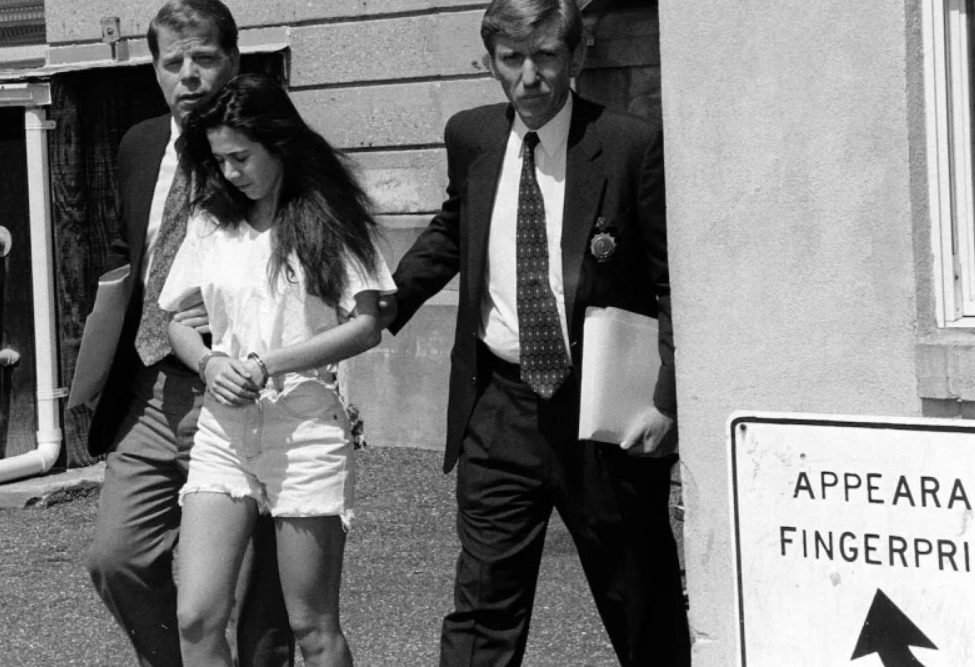 Long Island Lolita Amy Fisher was one of the leading lights in the constellation of 1990s tabloid superstars.

And then there were the victims: Buttafuoco’s wife, Mary Jo, and their two young children, Jessie and Paul.

Today, Fisher and Buttafuoco remain on the neon fringe of American public vulgarity.

Thursday marks the 30th anniversary of the Mary Jo shooting.

“On May 19, 1992, Amy Fisher came to my front door, knocked on the door, and talked to my mom for a few minutes, and as they were wrapping up their conversation, my mom went to turn inside,” Jessie Buttafuoco said. Toronto Sun.

Fisher took a .22-caliber pistol from his pocket and fired, hitting Mary Jo in the ear before landing at the base of her spine.

And that was the beginning of a drama that gripped America and the world. The New York tabloids dubbed 16-year-old Fisher the “Lolita of Long Island” and for months, years later, jumped on anything to do with Fisher and Buttafuoco.

Jessie Buttafuoco was only 9 years old at the time and the drama would shape her life.

Amy Fisher was a high school student who became obsessed with mechanic Joey Buttafuoco. She was 17, he was 36.

At the time of the shooting, Jessie was at school auditioning for the lead role in a play. At the end of the day, her world was torn apart.

Joey had kicked his teenage lover to the curb – and Fisher was white with rage.

Daily, the New York newspapers appeared with bombastic headlines: Young GunLethal LolitaCall Girl By Night and Joey gets his, among countless others.

Always by his side were his children and wife Mary Jo. Two years after the shooting, they tried a fresh start in California, but she ended up pulling the pin in 2003, calling her ex-husband a “sociopath.”

But for Jessie Buttafuoco, the following decades were difficult and she told The Toronto Sunshe kept one step ahead of the demons that slowly surrounded her.

“At the time, my life changed dramatically…going from one spectrum to the other overnight, and it was a very difficult landscape to navigate,” she said. “There were the paparazzi and the police. You’re walking around a movie set and you meet the kid who’s playing you… it desensitizes you.”

For years, she has defeated the black dogs of depression and anxiety with achievements. Whether in sports, school, or career, Jessie tried hard to be the best, but she could never shake THAT last name, a scarlet tabloid letter.

“People knew me and remembered meeting Joey Buttafuoco’s daughter and I would be as sweet as I could be to fight all the hatred directed at my family,” she said.

When the shooting took place, there was no mental health care for people who were traumatized by the crime. Jessie, instead, learned to deal. But coping meant eating disorders, drinking, and diet pills.

Four years ago, a lifetime of physical, mental and emotional trauma came crashing down.

She has told the story a multitude of times for a series of TV shows. None offered any kind of mental assistance leading to further trauma.

As for the true crime genre, Jessie admits that she is a fan, but wants to be a pioneer in helping subjects who are readily exploited by the media.

“The exploration part of it bothers me. The producers asked me to stop telling the story and ‘do it again and cry this time,’” she said.

Jessie remains close to her mother.

As for her infamous father, Jessie said that Joey Buttafuoco remains “toxic” and two years ago she “cut him off completely” because “his toxicity has been bleeding into my life for too long.”

The 39-year-old now lives in California and is finishing her PhD and writing her memoir.

She never spoke to Amy Fisher, although she did try to speak to Lolita from Long Island when she was a guest on the Howard Stern show. Fisher left the set.

“It’s unfortunate how her life ended. She grew up with a lot of abuse and mental illness,” Jessie said. “Amy needed help and couldn’t get it.”