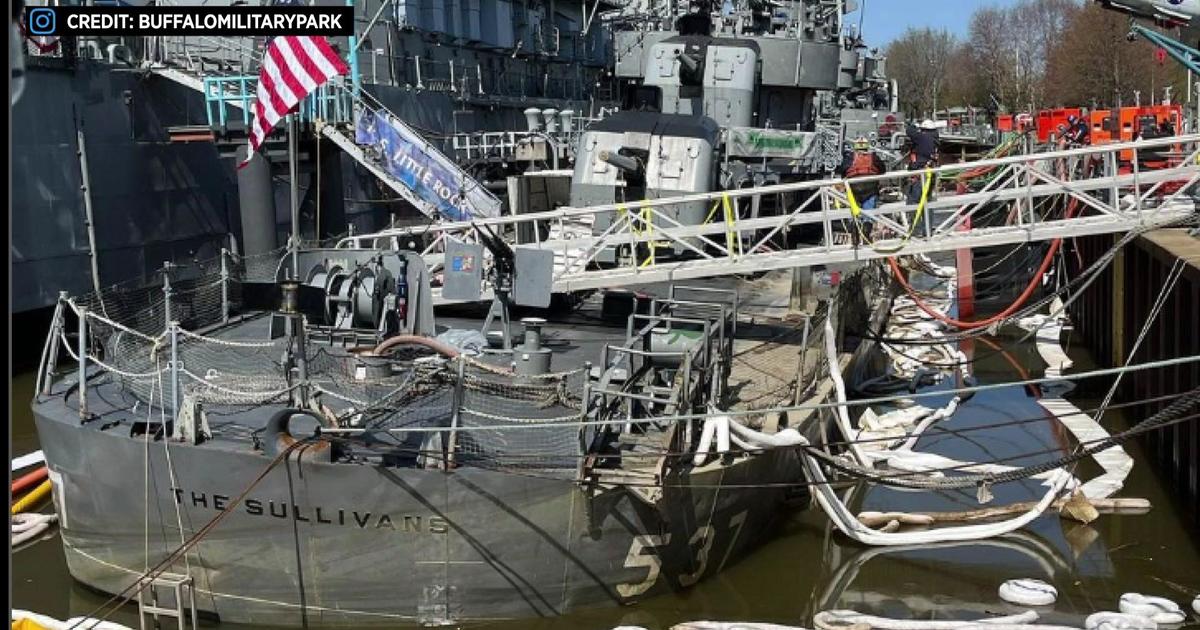 BUFFALO, NY — Progress is being made in the effort to reflow a historic warship that was in distress at Buffalo.

Other photos show how the crews managed to keep the ship from sinking.

More than two weeks ago, the USS Sullivans began to tilt to one side after he started drinking water.

SEE MORE INFORMATION: All-out effort to save WWII destroyer USS The Sullivans after it starts to take on water

The decommissioned battleship is named in honor of the five Sullivan brothers who died in World War II.