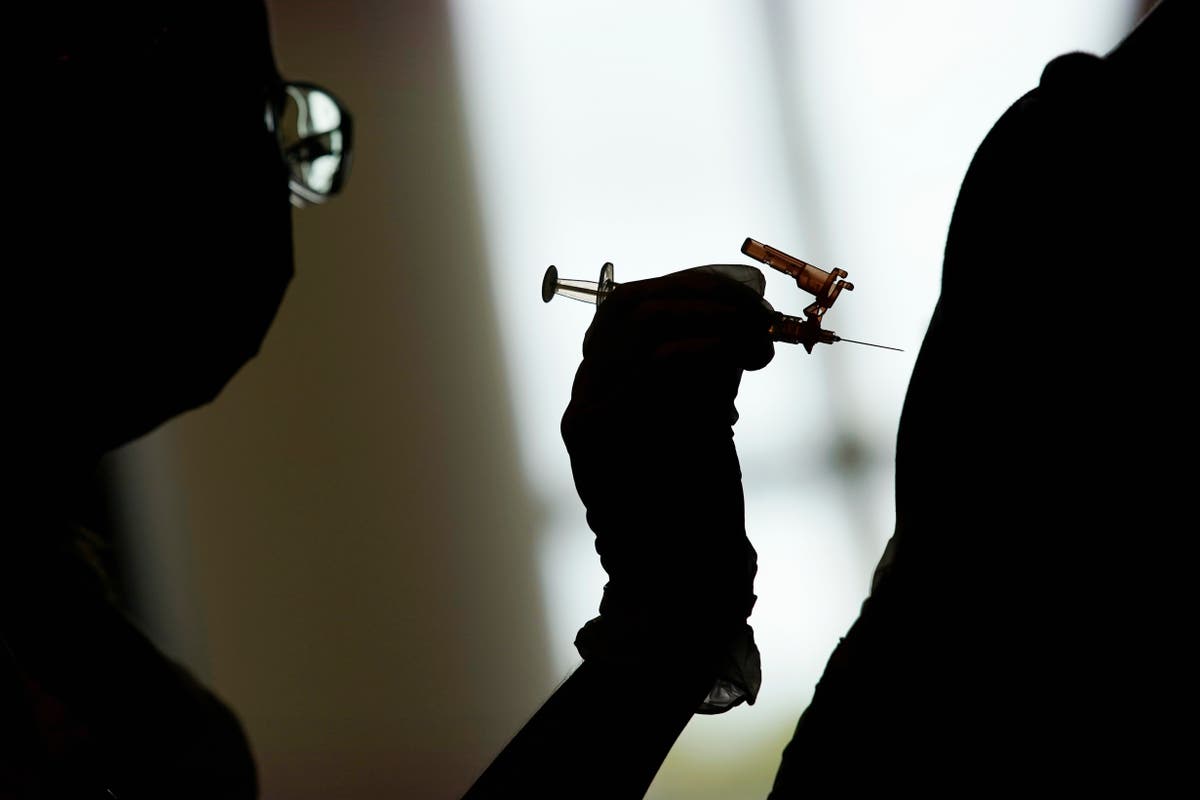 As the omicron variant of the coronavirus moved lightning-fast around the world, it revealed an unsettling truth.

The virus had gained a stunning ability to infect people, jumping from one person’s nose to the next. Cases soared this winter, even among vaccinated people.

That is leading scientists to rethink their strategy about the best way to fight future variants, by aiming for a higher level of protection: blocking infections altogether. If they succeed, the next vaccine could be a nasal spray.

But experts debate when, whether and who should receive additional boosters, a growing number of scientists are beginning to think additional shots could have marginal benefits for most healthy people.

A switch in the vaccine delivery route from a shot to a sniff could muster a wall of immunity right where viruses find their foothold and block the spread of the virus, preventing even mild infections.

The immunology is complex, but the idea is simple. A puff of droplets up people’s nostrils could provoke “mucosal” immunity – a virus-fighting force embedded in the tissue that lines the airways. The localized protection could stanch transmission and help stifle the next variant.

The omicron variant triggered a sudden, humbling shift in perspective on vaccines: The glass looked at least half-full for most of 2021, then suddenly looked half-empty.

For more than a year, the original coronavirus vaccines kept people alive and out of the hospital and fended off most illness, even amid challenging variants.

But the hyper-transmissible omicron variant rampaged even through highly vaccinated countries – and turned scientific satisfaction into discontent.

“I don’t feel the research establishment should buy into [the idea] we’ve solved this, and we will give you boosters of the current vaccine,” said Larry Corey, a virologist at the Fred Hutchinson Cancer Research Center in Seattle. “They led us out of the wilderness, but that doesn’t mean it you have solved the problem. It’s amazing what they’ve done – but there are some things that are undone.”

A switch in strategy is still early in development – no one should expect a whiff of vaccine this fall. Some scientists debate whether the goal of blocking transmission and mild infections is too lofty, and even proponents acknowledge the regulatory path could be complicated.

The primary goal of vaccination is to protect people from severe sickness, not to prevent every mild case.

But the idea is gaining traction. Akiko Iwasaki, an immunologist at Yale University School of Medicine, said that in early 2021, she thought of her nasal vaccine research dela as preparation for the next pandemic. Then, the omicron variant changed the equation.

“Having seen all these new variants that are so much more transmissible and rendering our vaccines useless for prevention – that’s when we realized we may have the chance to contribute something during this pandemic,” Iwasaki said.

President Biden’s National Covid-19 Preparedness Plan, unveiled in March, emphasizes the need to reboot vaccines to match variants within 100 days of their emergence and to develop a universal vaccine, one “that protects against Covid-19 and all its variants, as well as the future emerging coronavirus threats.”

A growing number of scientists think a vaccine that halts transmission may be just as urgent – and maybe more so.

Scientists at the National Institutes of Health and the Biomedical Advanced Research and Development Authority – known as BARDA – are vetting an array of next-generation vaccine concepts, including those that trigger mucosal immunity and could halt transmission.

The process is similar to the one used to prioritize candidates for billions of dollars of investment through the original Operation Warp Speed ​​program. But there’s a catch.

“We could Operation Warp Speed ​​the next-generation mucosal vaccines, but we don’t have funding to do it,” said Karin Bok, director of Pandemic Preparedness and Emergency Response at the National Institute of Allergy and Infectious Diseases.

“We’re doing everything we can to get ready… just to get ready in case we have resources available.”

For more than a year, scientists have been playing catch-up, racing to test current and revised vaccines against a growing Greek alphabet of new variants. The game plan, inspired by the yearly battle against influenza, is to update the vaccines as the virus evolves.

Robert Seder, chief of the cellular immunology section at the National Institute of Allergy and Infectious Diseases, is one of the experts on the front lines of this fight. He and colleagues test vaccines against variants in animals, and have compared variant-specific vaccines with the original Moderna shot.

The experiments, which can move fast compared with human trials, give early clues on when it may be time to switch to a vaccine tailored to a variant.

But Seder has begun to question whether an updated vaccine is the best weapon against future iterations of the coronavirus. In February, his team found that a regular Moderna booster offered similar robust protection against the omicron variant in monkeys as an omicron-specific shot.

About the same time, Israeli researchers reported that while a fourth shot increased virus-blocking antibodies, it didn’t shut down infections.

Vaccinated people who got sick also had lots of viruses in their noses, undermining hopes that they would be less likely to infect others. Another study found that a fourth shot did help deter infections, but the effect was short-lived.

The findings cast doubt on the assumption that simply giving more shots would be the best solution for the future.

The original vaccines kept people out of the hospital and also prevented moderate infections and tamped down transmission of earlier versions of the virus.

Then the virus changed. If additional shots or new versions that match the dominant strain don’t restore that protection to the original level, perhaps they aren’t the best way to lasso the virus, which has shown it is capable of becoming one of the fastest-spreading pathogens in the world.

Suppose, he said, a variant emerged that spread as swiftly as omicron and caused severe illness like the delta variant. “Wouldn’t you want a vaccine [against] not just severe disease, but [to] prevent transmission?” he asked.

Seder and colleagues are now focused on designing what he calls a “bake-off” – a laboratory experiment that will compare early-concept nasal vaccines to see which are the most promising.

“In my mind, this is one of the most important things we can do going forward,” Seder said.

When Dan Wagner of Cincinnati finally had the chance to get a coronavirus vaccination last year, he put it off. The 33-year-old runs an online business selling car parts from his home, so he wasn’t worried about getting exposed at work. He didn’t have underlying health risks for severe Covid-19. By the time he was eligible for a shot, he kept hearing about vaccinated people who became infected.

“Where I’m younger, I don’t have any comorbidities, and I’ve been paying attention all the time – I really wasn’t worried about myself getting Covid,” Wagner said. “At that point, getting a vaccine that I know won’t stop the transmission didn’t really make sense for me.”

Then, before the omicron variant’s emerged last year, Wagner heard about a scientific trial at Cincinnati Children’s Hospital Medical Center of a nasal spray vaccine aimed at stopping the spread of the virus. He signed up and received his vaccination – a puff of droplets up each nostril – at the end of January.

Instead of the familiar pinch of a needle, he could feel the vaccine sliding down the back of his nose and throat. The sensation was a little strange, he said, but other than that, it was unremarkable, and he experienced no side effects.

The vaccine Wagner received, developed by Georgia biotechnology company CyanVac, contains a version of a virus that is used to vaccinate against kennel cough that has been modified to include the spiky protein found on the outside of the coronavirus.

The theory is that the canine virus will multiply for a limited time in people’s noses, teaching their immune systems to recognize the coronavirus spike protein and block the real pathogen. The virus used in the vaccine is harmless to humans, and Wagner returns for regular nasal swabs to check for virus-fighting antibodies in his nose and to see how long it takes before the canine virus is cleared.

Other vaccine developers use different underlying technologies to deliver the same crucial payload.

Vaxart, a San Francisco company, is testing a pill that contains a harmless version of a virus associated with the common cold. The virus can’t make copies of itself, so it can’t cause an infection but is outfitted with the coronavirus spike protein and has been shown in early studies to generate an immune response in the nose.

In New York, researchers at the Icahn School of Medicine at Mount Sinai developed an intranasal vaccine that teems with a virus that typically causes sneezing, coughing and wing-drooping in chickens but has been modified to include the coronavirus spike protein.

Researchers at Meissa Vaccines in California use a version of the respiratory syncytial virus that has been weakened and covered with coronavirus spikes.

Iwasaki, at Yale, developed a nasal spray consisting of the spike protein in a saline suspension – a strategy that wouldn’t work as a first-round vaccination but could be powerful as a booster. The technology has been licensed to Xanadu Bio, a start-up she co-founded.

Nasal vaccines are not a new idea, but they are far less tried and true – and have stumbled over the years.

FluMist is used to prevent influenza but is not approved for older adults or for the youngest children and has at times underperformed the regular flu shot, leading to recommendations not to use it in some seasons. A nasal flu vaccine used in Switzerland was linked to an increased risk of Bell’s palsy, episodes of facial paralysis.

Many nasal vaccines depend on live or weakened viruses, which may limit their use in people who are immunocompromised or pregnant. Safety will be scrutinized, because the nose is so close to the brain.

Nasal vaccines will have to compete against highly effective vaccines that trigger strong protection against severe illness. Maryland biotechnology company Altimmune halted development of its nasal vaccine because of “lower than expected immune responses,” the company announced last year.

But the winter arises from Covid cases heightened the sense of urgency and changed some people’s thinking about the need for a nasal vaccine. Many scientists have hoped that as immunity is broadened in the population, the impact of future waves would diminish. But the omicron variant highlighted the virus’s potential to keep evolving as protection from existing vaccines wanes – a worrisome combination.

“Omicron did change the perspective, because I think before that, the consensus was that, yes, the ball will keep bouncing, but it will bounce lower and lower,” said Martin Moore, chief executive of Meissa Vaccines.

No one knows the precise contours of the pandemic going forward. But Paul Spearman, an infectious-diseases physician leading the CyanVac trial at Cincinnati Children’s Hospital Medical Centre, said the rationale for an intranasal vaccine hit home in a personal way when he got sick during the delta wave, despite being fully vaccinated.

“I felt, boy, you need something better in terms of transmission and preventing symptoms,” Spearman said. “You could shut down a spreading epidemic. You might also prevent further variants from developing and shut down spread. That would be ideal.”