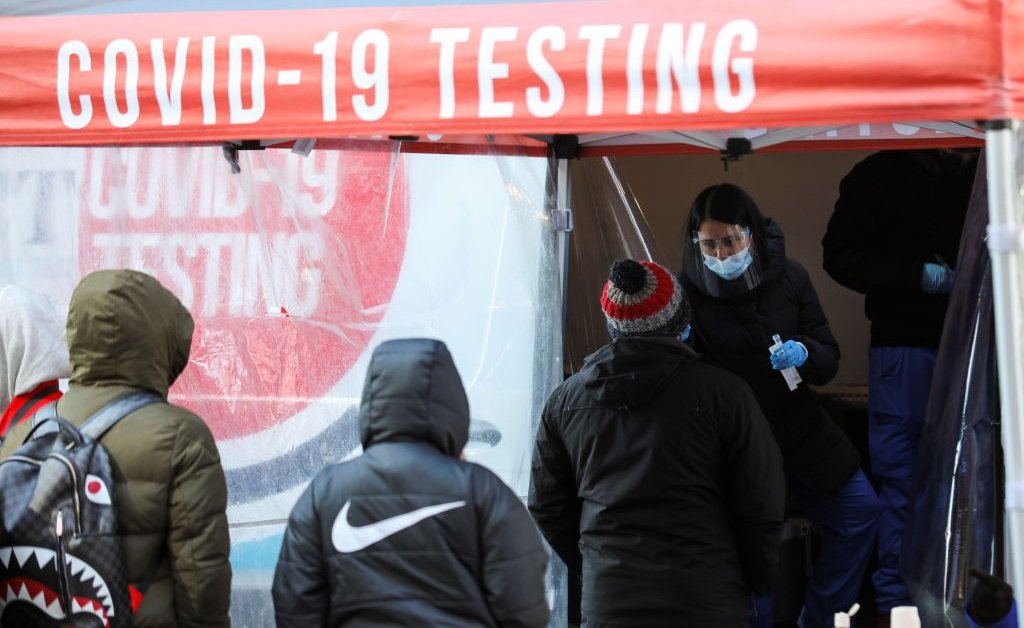 The rise of Covid cases in some regions of the US, just as testing efforts wane, has raised the specter that the next major wave of the virus may be difficult to detect. In fact, the country could be in the midst of a surge right now and we might not even know it.

Testing and viral sequencing are critical to responding quickly to new outbreaks of Covid. And yet, as the country tries to move on from the pandemic, demand for lab-based testing has declined and federal funding priorities have shifted. The change has forced some testing centers to shutter while others have hiked up prices in response to the end of government-subsidized testing programs. People are increasingly relying on at-home rapid tests if they decide to test at all. But those results are rarely reported, giving public health officials little insight into how widespread the virus truly is.

“There’s always more spread than we can detect,” said Abraar Karan, an infectious disease physician at Stanford University. “That’s true even more so now than earlier in the pandemic.”

Despite groundbreaking scientific advances like vaccines and antivirals, public health experts say the US’s Covid defenses appear to be getting weaker as time goes on, not stronger.

“We’re in a worse position,” said Julia Raifman, an assistant professor of health law, policy and management at Boston University School of Public Health. “We’ve learned more about the virus and how to address it, and then we haven’t done what we need to do to address it.”

In late February, the Centers for Disease Control and Prevention began relying on hospital admissions and ICU capacity to determine community-level risk. That was a change from relying on Covid case counts and the percentage of positive tests, which are widely considered a better snapshot of how much virus is circulating in a given community. Several states, including Arizona, Hawaii, Nevada, and Ohio have now completely stopped reporting daily Covid data to the CDC, making it more difficult to gauge the progression of the pandemic in those states.

According to the CDC, the majority of the country is still considered low risk. Public health experts argue this is misleading though, given hospitalization and death generally occur days to weeks after initial infection. Without widespread testing, that could make it impossible to detect a surge until it’s too late to do anything about it.

“CDC is understating and downplaying cases,” said Gregg Gonsalves, an infectious disease expert at Yale’s School of Public Health. “Their alarm bells won’t go off until we see a rise in hospitalizations and deaths, which are lagging indicators.”

Although omicron tends to cause milder symptoms for healthy, vaccinated people, its transmissibility led to such a huge spike in cases that it caused hospitalization rates to break previous pandemic records. The variant was also responsible for a record number of children going to the hospital. Black people were hospitalized at twice the rate of White people during the surge in New York. Vaccines are extremely effective at preventing severe disease if not always at preventing cases, one of the reasons metrics shifted toward hospitalizations to judge the state of the virus. But failing to track cases creates a blind spot. Experts say it is critical to continue to track them in order to protect vulnerable communities and respond to new waves of the virus before the health system gets overwhelmed.

In recent weeks, cases have started to tick up in places like New York, Massachusetts and in Chicago, but conflicting public messaging has caused confusion. National leaders have largely declared victory over the virus, but some local governments are starting to again urge caution. New York City delayed lifting a mask mandate for kids under 5 years of age due to rising cases and the city’s health commissioner recommended New Yorkers return to masking indoors.

Still, even in New York things look vastly different than during the start of prior surges. Gone are the days of long testing lines and sold out antigen tests. And all over the country, pop-up testing centers, once a pandemic mainstay, are starting to disappear. Though state-run testing facilities have continued to operate in some regions, people without health insurance are facing high prices. And as of March 22, the US Health Resources and Services Administration is no longer accepting reimbursement claims from health providers for Covid testing either.

At the same time, at-home rapid testing has increased. The problem is, the CDC does not require people to report positive at-home test results so it’s rare the results of at-home tests are factored into public health data.

“We are probably underestimating the number of infections we are having now because many of the infections are either without symptoms or minimally symptomatic and you will miss people that do it at home,” Anthony Fauci, the top medical adviser to President Joe Biden, told Bloomberg TV on Wednesday.

In New Jersey, for example, Stacy Flanagan, the director of health and human services for Jersey City, said that in the last three months she’s had just two people call to report positive at-home tests. Cases are continuing to appear in the city with an average of 64 new cases per day, according to health department data. That’s almost double the number of daily cases reported a month ago.

“We’ve heard from only a handful of conscientious people who call us and say, ‘I’ve done a home test and it’s positive,’” said Dave Henry, the health officer for more than a dozen towns in Monmouth County, New Jersey.

Public health experts are left to piece together data from a variety of sources. For Rick Bright, a virologist and CEO of the Rockefeller Foundation’s Pandemic Prevention Institute, that means using the CDC data as well as a number of other sources to understand Covid’s spread. “Unfortunately, we still have to go to a handful of sites to try to patch together what’s really happening across the country.”

Other metrics such as wastewater surveillance and even air sampling may eventually become helpful alternatives in understanding how much virus is circulating in a community. For weeks, sewer data has shown cases are increasing in some regions of the US — foreshadowing the uptick in positives that places like New York and Massachusetts are now seeing.

In the nation’s capital, more than 50 people who attended the elite Gridiron Club dinner on April 2 have tested positive for the coronavirus, the Washington Post reported — at least 8 percent of those who attended. The list of the infected includes the US attorney general, Commerce secretary, aides to Vice President Kamala Harris and first lady Jill Biden, and the sister of the president.

Speaker of the House Nancy Pelosi, who didn’t attend the dinner, has also tested positive, raising concerns about time she spent in proximity to President Biden prior to her diagnosis.

The White House maintains there’s enough data about Covid in circulation to catch the next surge. Tom Inglesby, senior policy advisor for Biden’s Covid-19 Response Team, said the CDC gets 850,000 lab-based test results every day, which he believes is sufficient to detect trends in the positivity rate and variant prevalence.

“It is true that there is a larger shift now to switch to over-the-counter testing, that’s definitely happening,” Inglesby said during a panel discussion. “There are various efforts underway to try to assess whether people might be willing to voluntarily report some fraction of those tests that are being performed at home.” One biotech company, Ellume, has rolled out an at-home test and app that automatically reports positive tests to the CDC through a secure, HIPAA-compliant connection.

Meanwhile the CDC has pledged to ramp up its wastewater surveillance efforts. The agency does not yet have data from sites in every state, so even getting access to some of the sampling already underway could be useful. Environmental surveillance, like many other tools to track Covid, may be at risk without additional funding from Congress. On Tuesday, lawmakers reached an agreement to re-allocate $10 billion to pandemic preparedness, which press secretary Jen Psaki said would fund “the most immediate needs” such as antivirals and tests. But that bill has yet to clear the Senate.

“The information we are getting from the CDC is going to be less reliable, more spotty, and lose momentum,” Bright said. “There’s really big concerns about the lack of sustainable financing to keep the momentum going and finish the job for the surveillance we’re building for pandemic prevention.”

There could be a lesson from the 1918 flu pandemic. After cases started to go down following the first two waves of the influenza virus, public sentiment shifted and many health measures were lifted. But in 1919, at the tail end of the pandemic, a fourth wave hit New York city, causing deaths to spike higher than they had during prior waves, according to a government funded study.

“These late waves of the pandemics are sometimes the deadliest because people have given up,” said Gonsalves from Yale.