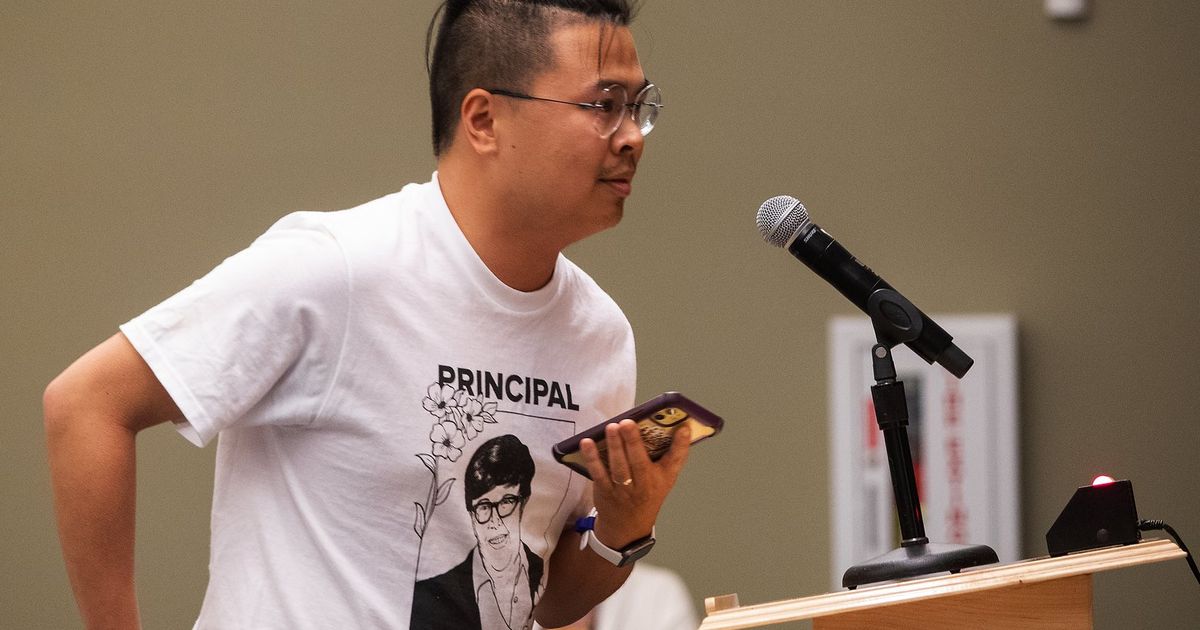 More than a month after the popular Cleveland High School principal was removed from her post for revealing a change in the district’s practices related to COVID-19, educators are resigning in protest and calling for her reinstatement.

“Due to Catherine Brown’s treatment, I am leaving the district,” Paige Wilson, a Cleveland school teacher, told the Seattle School Board at its Wednesday night meeting. “My resignation may not be of any consequence to you, but it is of great consequence to the Cleveland community.”

Two teachers — Wilson and Claude Laude — told board members they resigned because of the district’s handling of Brown’s demotion from principal. Another employee, athletic director Jon Hughes, said he is retiring early in part because of Brown’s firing.

Laude told the board that he believes about 30 Cleveland employees are resigning because of Brown’s departure. Cleveland employed about 54 teachers in the 2020-21 school year, according to the state superintendent’s office.

About a dozen educators, students and community members spoke at the board meeting in support of Brown’s reinstatement; most wore shirts with Brown’s name and picture. Brown has worked at the school for 18 years.

Superintendent Brent Jones said he is not considering returning Brown his job, which he has the authority to do.

“I’m always open to opportunities… the door is never closed,” he said in an interview. “I want the best for Cleveland — the best especially for the students of Cleveland — and we’re going to work it out.”

Laude, the teacher, told the board that “transparency is key to earning the trust of the community. We need leaders like Catherine Brown who uphold these values. Exhaustion is now tremendous. Mrs. Brown provides a reliable foundation of stability amid rampant systemic instability.”

“I’m really sad that Catherine Brown cared about my life more than you do,” Sebrena Burr, a mother from Seattle, told the board. “The way we do things makes a difference, and what we did in Cleveland is wrong, and I beg you, Dr. Jones – do the right thing and get restorative justice; bring some healing.”

After an investigation, district officials decided to terminate Brown’s primary contract, effective June 30. They also demoted her to a lower position, planned to transfer her to a different school, and recommended a five-day suspension.

Last month, Jones announced plans to replace Brown with Marni Campbell, principal at Robert Eagle Staff Middle School. The move was heavily criticized by students and community members, in part because of Campbell’s role in dealing with an alleged incident of sexual abuse in 2005 that resulted in a lawsuit the district settled in 2015.

Cleveland students held a walkout in May to protest the decision and called for Brown’s reinstatement. At the time of the walkout, Campbell told the district he would not take over Cleveland’s position. The district is looking for Cleveland’s next leader.

Students and educators asked to meet with Jones. On Wednesday, he said he is willing.

“There is always an opportunity to spend time and recognize what our problems are and look at [them] on a deeper level,” Jones said. “Once we do that, we need to look for opportunities for reconciliation.”

“This is a community that is suffering,” Harris said. “Whether or not you agree with the decisions made…

It’s hard to feel hopeful for the next school year without knowing who Cleveland’s next leader will be, said Dana Loui, a senior freshman and new president of the Cleveland Associate Student Body.

“These last few days have seemed confusing, not knowing the level of support that will be in place next year,” Loui said. “We need a director to bring us together and we need to restore what was taken from us.”

Since early spring, before the district investigation, Brown has been on sick leave. Once she is cleared to return to work by a doctor, the district will have a meeting with Brown so she can respond to the district’s allegations and investigation, said Shannon McMinimee, Brown’s attorney.

Brown’s decision to tell families about the district’s plan to reduce contact tracing was a courageous one, said Cleveland science professor Francis Lin.