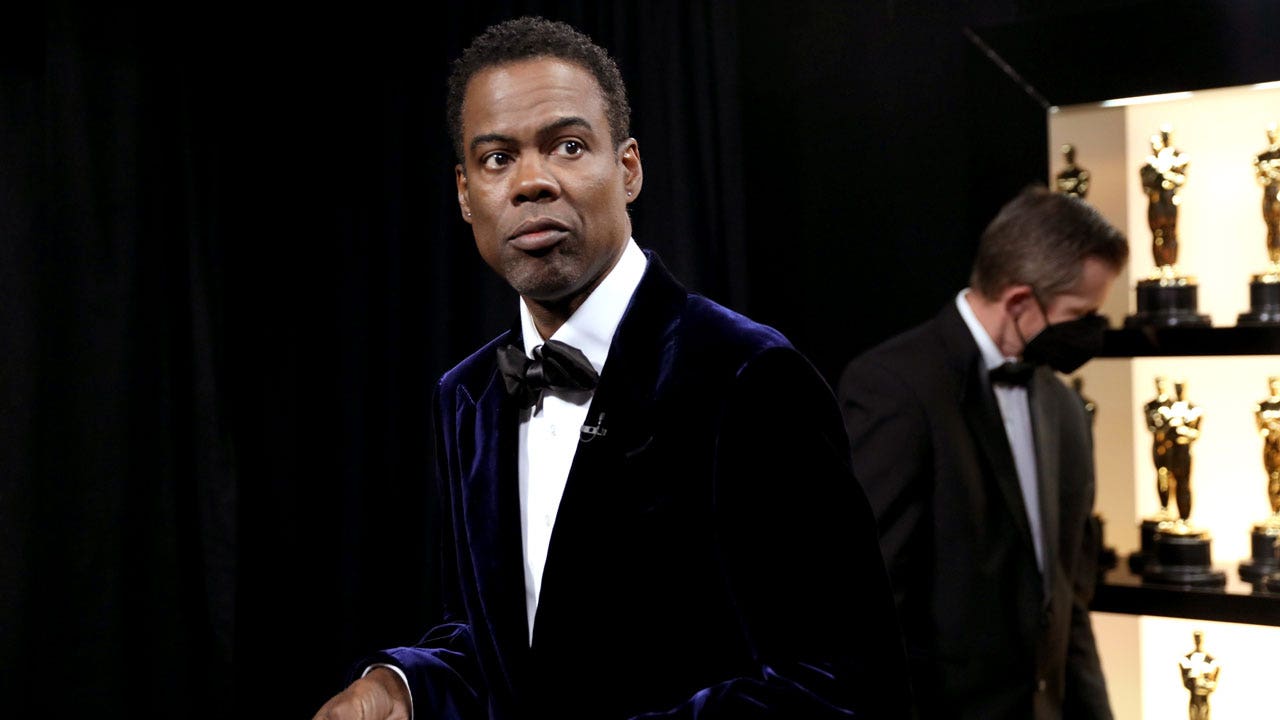 Comedian Chris Rock ripped Amber Heard apart after the libel trial against her ex-husband Johnny Depp revealed she had previously admitted to defecating in the bed she shared with her ex-spouse.

During a comedy show Thursday in London, Rock discussed the “new rules” when it comes to sex and addressed the trial, stressing the importance of believing in all women except Heard.

Chris Rock is seen backstage during the 94th Academy Awards at the Dolby Theater on March 27, 2022 in Hollywood, California.
(Photo by Al Seib/AMPAS)

“Believe in all women, believe in all women…except Amber Heard,” Rock said. “What the hell is she doing? She’s in his bed! She’s fine, but she’s not fine. She’s in his bed. Once you’re in someone else’s bed, you’re just guilty of everything. … What the fuck is going on there? Wow. And they had a relationship after that. Must be amazing p—y. … I’ve been with some crazy b– –es but go —-mit.”

Heard’s alleged defecation incident was revealed in court on April 28, when Depp’s former executive driver and security guard Starling Jenkins III testified that the actress told him about the “surprise” she left in Depp’s bed after a fight between the former couple when they were together. Jenkins clarified that the “surprise” was the defecation.

The bouncer also explained that he was taking Heard to a Coachella festival in Indio, California in 2016 when she told him the defecation was a “horrible prank gone wrong”.

Depp recalled during the trial that he was shown a picture of the bed after the incident.

Actress Amber Heard reacts as she testifies in Fairfax County Courthouse during a defamation lawsuit against her by ex-husband, actor Johnny Depp, in Fairfax, Virginia on May 4, 2022.
(ELIZABETH FRANTZ/POOL/AFP via Getty Images))

“I had gone to Mr. [security guard Sean] Bett and said, ‘She’s at Coachella. I think it’s a good time to go downtown so I can grab some of my stuff and get it out of there, especially stuff that was precious to me,” Depp said. “Then he showed me a photograph on his phone. of… it was a picture of our bed, and on my side of the bed was human fecal matter. … It was so out there. It was so bizarre and so grotesque that I could only laugh. So I didn’t go there that day.”

Depp testified that Heard tried to blame the condition of the bed on his Yorkies teacups.

During Thursday’s comedy show, Rock also briefly addressed an altercation earlier this year between him and Will Smith.

Rock was slapped by Smith at the Oscars in March after the comedian made a joke about Smith’s wife, Jada Pinkett Smith, and her alopecia, an autoimmune disease that causes hair loss.

WILL SMITH ‘EMANCIPATION’ FLOWING RELEASE AFTER THE Oscars SLAP: REPORT

“I’m fine if anyone was wondering. I got most of my hearing back,” Rock said at the start of the show, adding he wasn’t going to joke about the slap.

He added: “People expect me to talk about the b——-, I won’t talk about it now, I’ll get to it eventually. On Netflix.”

Later in the show, Rock joked, “Anyone who says ‘words hurt’ has never been punched in the face.”

Furthermore, Rock spoke during his standup about comedian Dave Chappelle being attacked on stage by a fan in the middle of a performance in California.

“Everyone is a victim these days… There are real victims in the world, they deserve to be heard, they deserve our love and compassion,” Rock said. “But if everyone claims to be a victim, then no one listens to the real victims… We say the world is addicted to opioids, no… the world is not addicted to opioids. The number one addiction in the world is One of the ways easiest to get attention is being infamous, trying to stab Dave Chappelle on stage. Or you could be a victim.”