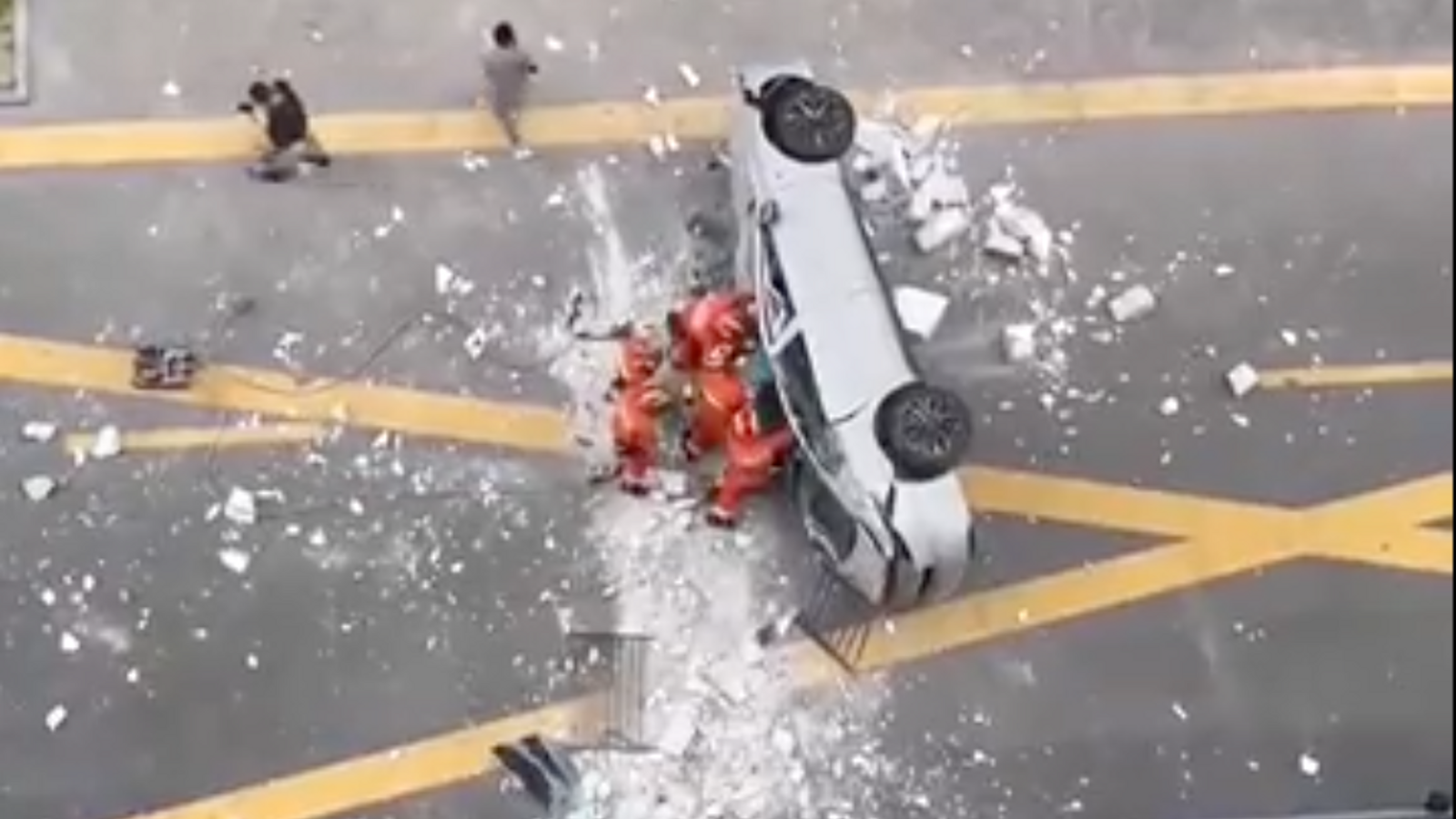 Two people involved in testing for electric car maker NIO were killed when one of their vehicles fell off three floors of a building in Shanghai, the company said.

A staff member and a person from a partner company died in the accident, which occurred on Wednesday at around 5:20 pm local time.

The company said the two, who were described as “digital cabin testers”, were inside the vehicle when it fell out of a garage at the company’s Innovation Port building.

Photos in Chinese media showed the vehicle lying on its side with the roof collapsed, surrounded by broken glass and emergency personnel.

NIO added that there will be an investigation into the incident with government officials, although it appears to be an accident and “not caused by the vehicle”.

The company said in a statement: “Our company has collaborated with the Department of Public Safety to begin the investigation and analysis of the cause of the accident.

“Based on the analysis of the situation at the scene, we can initially confirm that it was an accident (not caused by the vehicle).

“We are very saddened by this accident and would like to express our deepest condolences to our colleague and employee partner who lost his life. A team has been formed to help the families.”

NIO is one of China’s largest domestic companies aiming to take over the electric vehicle industry.

He focuses on using interchangeable batteries in his cars to help shorten charging times.

Tesla also has a huge factory in Shanghai.