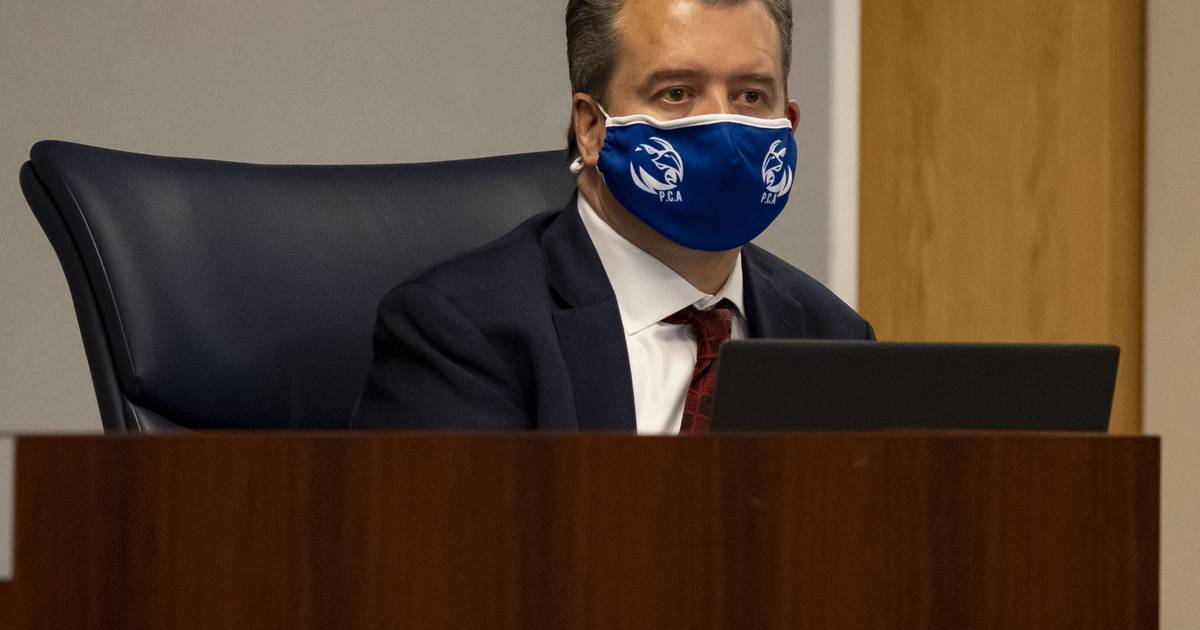 Hours before the Chicago Board of Education is due to vote Wednesday on the $9.4 billion budget for the next school year, Chicago Public Schools CEO Pedro Martinez withdrew a line item from $120 million for a high school proposal that would serve Chinatown, Bridgeport and the South Loop.

“Conversations about the need for a neighborhood high school in the Near South have been going on for a decade, with many advocates and community leaders urging CPS to take this step. Our team has done a great job of showing the need, with our black students attending 95 different schools and our Asian students traveling some of the longest distances to other schools in the neighborhood,” Martinez said at the monthly board meeting on Wednesday.

“We also have the opportunity to leverage state funding specifically designated for the construction of this school, but I want to take a little more time to answer questions that exist in the community about this proposal and our partnership with (the Chicago Housing Authority),” he said. Martinez. “Board members, I will bring this item back to the board in the near future.”

While planning is still in the early stages, critics have railed against the proposal to use the promised money for a different neighborhood and spend millions on a new school rather than improving the area’s high schools. CPS has also been criticized for exploring the school’s construction in the area of ​​the former Ickes Homes housing complex without first seeking feedback from residents who live nearby.

“I hope that with the approval of this project, which will result in a high-quality neighborhood school serving a diverse student population, that all communities in the area can contribute and have serious involvement at all decision-making levels. decision-making process, from site selection to curriculum, programming and family involvement,” State Representative Theresa Mah, who represents Chinatown and Bridgeport, said at Wednesday’s meeting.

Mah said he applied for and secured the $50 million in state funding. The money, which comes from the school building fund, was first included in the state’s fiscal year 2021 budget and reappropriated every year since.

Asked at an unrelated news conference Wednesday about Martinez’s decision to pull the bill from the CPS budget, Mayor Lori Lightfoot said it “makes sense” to her that he wanted more time “to engage with our residents.” .

She defended the plan, saying that people in the Chinatown area “have been begging for a neighborhood high school for some time now” and that data and analysis show that there is not only a need for the school “but it will not decrease the population of other cities.” nearby schools”.

Earlier this month, a 107-word paragraph about the project was placed on page 187 of the 250-page CPS budget guide for the 2022-23 school year. All that was publicized was that the project would be funded by $50 million in state money and $70 million previously earmarked for building a high school on the Near West Side that never came to fruition.

Then-Mayor Rahm Emanuel announced the proposal for the Near West Side High School in the summer of 2018, ahead of that year’s budget vote.

Armando Chacon, a realtor and president of the West Central Association, said his organization had pushed for a high school for more than a decade to keep residents in the West Loop. Wells Community Academy High School in the East Ukraine Village neighborhood was not seen as an attractive option.

Things started to fall apart after Emanuel’s announcement in July 2018. He revealed two months later that he would not seek re-election. A proposal to build the school at a police training facility near Skinner Park met opposition from the principal of Whitney Young High School, who said it would disrupt traffic at his selective enrollment school. Then CPS CEO Janice Jackson resigned last year.

The Near West Side high school proposal went nowhere — and now the funding has been reallocated. Chacon said his group is focusing on creating an open enrollment neighborhood program in Whitney Young to serve students within a threshold designated by CPS. He cited a $16.6 million expansion of Skinner West Elementary School in 2019 as a model.

“What hasn’t changed is our determination to resolve this,” Chacon told the Tribune. “We would like to hold the city and CPS accountable for their commitments.”

Meanwhile, Chinatown residents have been clamoring for a high school for more than 25 years, community leader CW Chan said at Friday’s virtual capital budget hearing. Current options have led to “unreasonable travel times,” Chan said, while immigrant students have not had their learning needs met.

“Chinatown/South Loop high school came close to becoming a reality a few times, but each time it was derailed for one reason or another,” he said.

Chan, founder and board member of the Coalition For A Better Chinese American Community, called for swift action and implementation of the high school proposal on Friday. On Wednesday, after it was revealed that the item was being taken out of the capital budget, Chan called for the proposal to move out of the review phase.

Other community leaders encouraged CPS staff to slow down and engage residents. Years ago, the district proposed converting the National Teachers Academy elementary school in the South Loop into a high school, but activists successfully got the CPS to drop the plan amid a lawsuit.

Community members said the district should have devoted its resources to improving neighborhood high schools, such as Dunbar Vocational Career Academy in the South Commons neighborhood and Wendell Phillips Academy High School in Bronzeville, both of which have high percentages of students. black.

He continued: “There are urgent infrastructure and staffing needs in high schools across the city. Before building a new high school to satisfy South Loop residents, were all these vital needs met?”

Niketa Brar, founding executive director of Chicago United for Equity, said she has studied alternatives to transforming the NTA website, such as converting Jones College Prep in the South Loop into a neighborhood high school and investing in Dunbar at 30th Street and King Drive. Brar said racial inequality is “built into many levels” of the new high school proposal.

“Right now, the proposal in front of you predominantly harms Latino students and Latino-majority schools, specifically Kelly, Juarez, and others who will lose funding based on this district’s student-based budget formula,” Brar said at the Friday hearing. Thomas Kelly College Preparatory High School is in the Brighton Park neighborhood, while Benito Juarez Community Academy is in Pilsen.

On Tuesday, community members rallied to persuade CPS not to build the school on 24th and State Streets, the site of the former Ickes complex that was demolished more than a decade ago.

Roderick Wilson, executive director of the Lugenia Burns Hope Center, said the city had failed to fulfill its obligation to provide Chicago residents with promised replacement housing. The first 206 apartments in the Southbridge development near Cermak Road and State Street — including 68 Chicago Housing Authority family units — are “substantially completed and in the process of leasing,” according to CHA. Work is underway to get the next phase of the venture under construction. Wilson noted at one time, there were over 1,000 Ickes units.

Troy Venning, senior pastor at Quinn Chapel African Methodist Episcopal Church in the South Loop, recognized the difficulty in balancing the needs of all community members in this process.

“It will not be easy. There are some things that CHA promised residents they displaced in 1999 that haven’t happened yet,” Venning said at Wednesday’s board meeting. “But there are still people in an exploding area who need a high school and the kids in Dunbar and other places who need investment.”