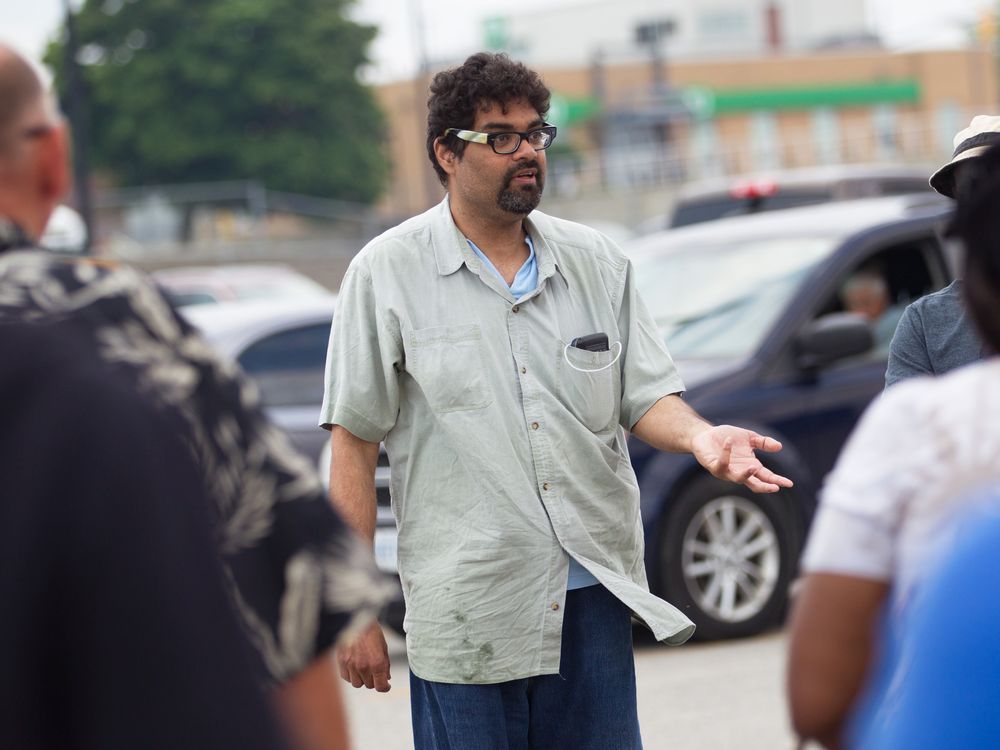 A group advocating the rights of migrant farm workers rallied around Essex County on Sunday to shed light on ongoing problems in the farming community.

Chris Ramsaroop, organizer for Justicia for Migrant Farm Workers, led dozens of supporters in vehicles as they toured area farms where temporary foreign workers were said to have died or been injured.

“It’s to highlight some of the injustices workers are facing and also to raise concerns,” Ramsaroop said. “Federal and provincial governments continue to ignore the problems facing the community.”

Since the Seasonal Agricultural Workers Program began in Canada in 1966, migrant workers have reported facing numerous difficulties with working and living conditions. Workers were repatriated for being injured and defending their rights, unable to return to Canada to work, Ramsaroop said.

He added that, through the program, workers do not have access to permanent residency, are tied to a single employer, and lack protections under the Employment Standards Act — all issues that advocates are pressing provincial and federal governments to address. solve.

In Ontario, dozens of temporary foreign workers have died since Ramsaroop began his advocacy work 20 years ago. The exact number is unknown, he said, because various levels of government “have not been disclosed.” In addition, some workers are injured or sick in Canada and are sent back to die in their home counties.

Bonifacio Eugenio-Romero and Rogelio Muños Santos, both migrant workers from Mexico, died of COVID-19 in 2020 while working on farms in Essex County. Ramsaroop said that COVID also took the life of local temporary foreign worker Tyrone Lee Jackson a few months ago.

Those gathered who joined the caravan in Leamington included current and former migrant farm workers, some of whom said they were injured on the job. Some traveled from Toronto to support the cause, while others were from Leamington, Kingsville and Windsor.

The group’s main concern remains the limitation of the work program’s “closed” work permit, meaning workers can only legally work for one employer. Ramsaroop’s group said workers who encounter problems with their initial employer should be allowed to work on a different farm.

Separately, occupational health and safety issues around chemicals and unprotected work at height “remain daily concerns for workers,” Ramsaroop said. “Workers still claim they are being sprayed while working with pesticides.”

“It’s not about abolishing the program. This is not to say that workers should not be able to come to Canada,” he said. “It’s about respecting their contributions to our society and ensuring that they have the right to be equal among us. That means (having) protections at work, just like the rest of us.”