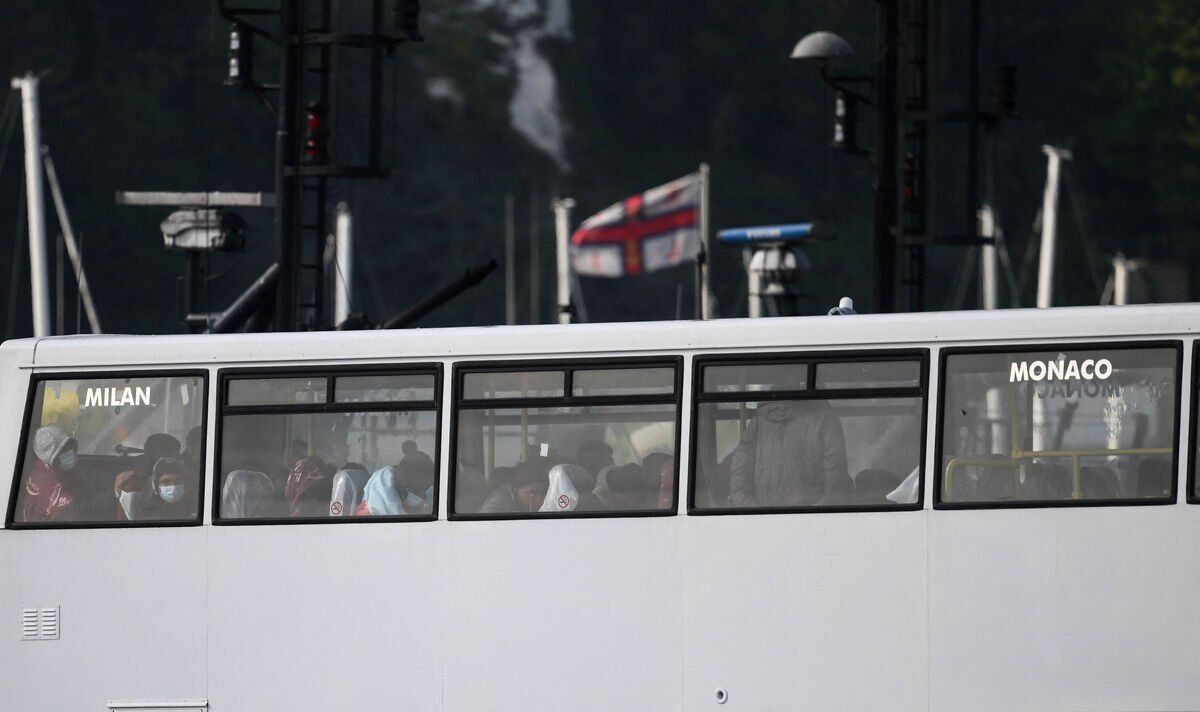 They are understood to include several men who arrived in the UK recently after crossing the English Channel in small boats. But ministers are prepared for the deportations to be stopped by legal action. A Whitehall source told the Daily Express: “We are moving forward with this policy. The first asylum seekers we expect to deport to Rwanda will be notified this week.”

An Interior Ministry spokeswoman declined to comment on the scheme. She said, “We don’t discuss operational issues.”

The move comes after the Interior Minister agreed to an agreement with the Rwandan government for migrants suspected of crossing the English Channel for economic reasons to be resettled in the East African state.

UK taxpayers will pay £120m to fund the scheme.

Patel closed the deal after concerns about the growing number of migrants making the dangerous crossing to the UK via the English Channel.

Analysis of government figures showed that 7,240 people arrived in the UK after navigating France’s busy sea lanes in small boats this year.

But the scheme has drawn criticism from opposition lawmakers, refugee support organizations and anti-deportation activists.

On Friday night, protesters interrupted a speech by the interior minister at a conservative dinner party.

They demanded that she abandon the plans.

Boris Johnson warned that “lawyers on the liberal left” are preparing legal action to try to block the scheme.

Meanwhile, Justice Secretary Dominic Raab yesterday pledged “common sense” measures to facilitate the deportation of foreign criminals as part of an overhaul of human rights laws to be announced in the Queen’s speech to Parliament tomorrow.

The justice secretary accused some lawyers of taking advantage of the Human Rights Act and said there were “elastic interpretations” of the law in the courts that prevented criminals from being sent back to their home countries.

Reform of the Human Rights Act was promised in the conservative manifesto of 2019 and the measures will likely appear in the Queen’s speech.

He told LBC Radio that some lawyers sought to take advantage of the existing human rights framework.

“I am proud that we have a judiciary that is the envy of the entire world,” he said.

“But equally, there will always be those who will take advantage.

“But the truth is, the work is ours, the responsibility is ours, and we take it very seriously, to fix the systemic problems.

“That’s why we’re going to replace the Human Rights Act with a Bill of Rights, so that we have less shifting of goals, less elastic interpretations of human rights, which I think the public finds frustrating in the context of deporting foreigners. national offenders.