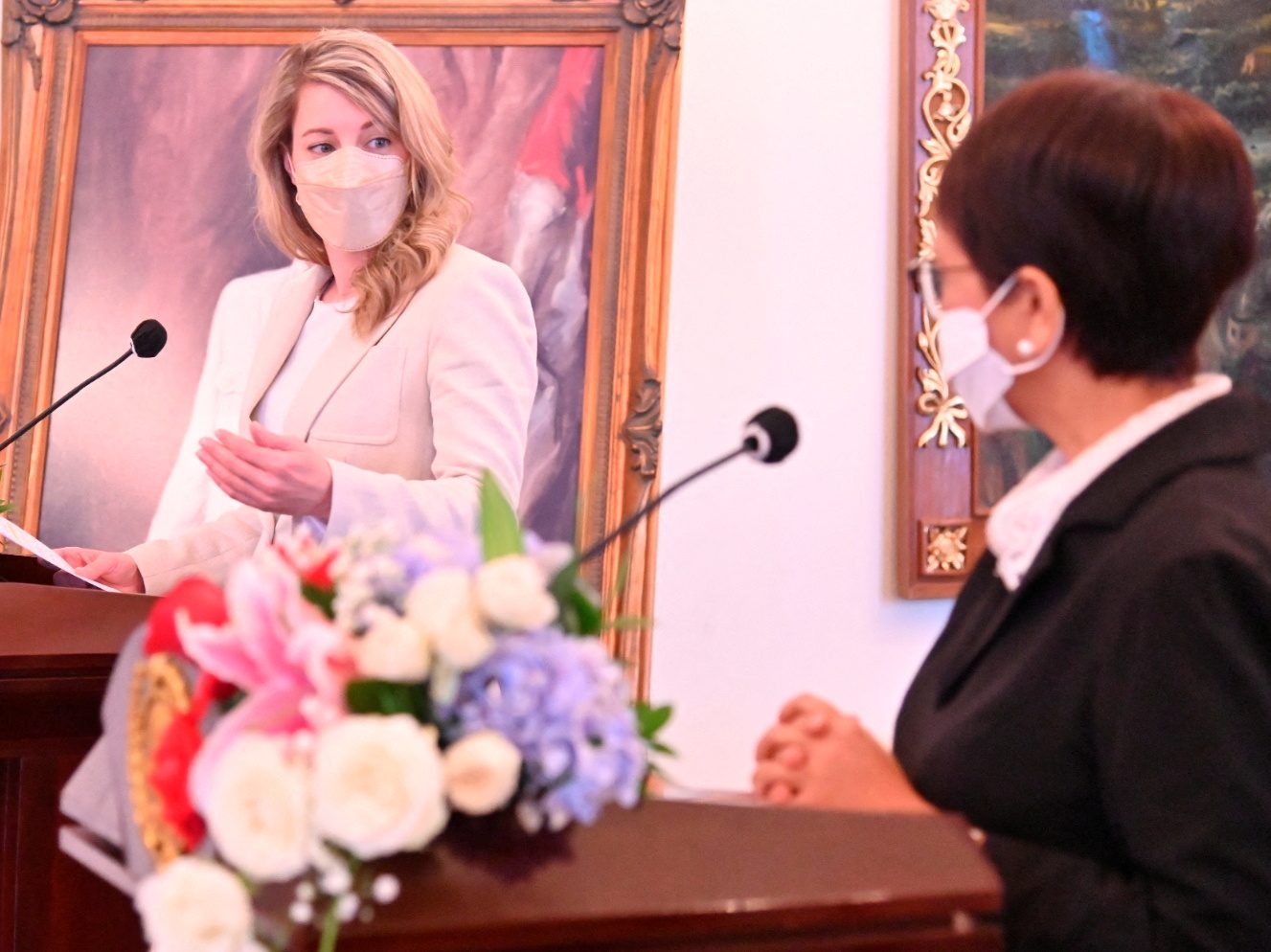 OTTAWA — Canada is targeting Russia’s defense industry with its latest round of sanctions over Moscow’s invasion of neighboring Ukraine.

She says the organizations have provided support to the Russian military — directly or indirectly — and are therefore complicit in the pain and suffering stemming from Vladimir Putin’s unjustifiable war in Ukraine.

The measures usher in asset freezes and prohibitions on listed entities including the Moscow Institute of Physics and Technology, Integral SPB and Shipyard Vympel JSC.

Following Russia’s attack that began Feb. 24, Canada has imposed sanctions on more than 700 individuals and entities from Russia, Ukraine and Belarus.

Since Russia’s annexation of Crimea in 2014, Canada has levied sanctions on more than 1,100 individuals and entities.

“Canada has always and will always stand by Ukraine,” Joly said in a statement. “Today’s measures are the latest example of our unwavering support for Ukraine and its people.

“We will continue to support the brave men and women fighting for their freedom, and we demand that those responsible for atrocities be held accountable.”

On Sunday, Russian forces shelled government-controlled Kharkiv and sent reinforcements toward Izyum to the southeast in a bid to break Ukraine’s defences, the Ukrainian military command said.

The Russians also kept up their siege of Mariupol, a key southern port that has been under attack and surrounded for well over a month.

We apologize, but this video has failed to load.

Newly released Maxar Technologies satellite imagery showed a 13-kilometre convoy of military vehicles headed south to the Donbas, recalling images of a convoy that got stalled on roads to Kyiv for weeks before Russia gave up on trying to take the capital.

In a late-night video message, President Volodymyr Zelenskyy argued that Ukrainian Russia’s aggression “was not intended to be limited to Ukraine alone.” The “Entire European project is a target,” he said.

“That is why it is not just the moral duty of all democracies, all the forces of Europe, to support Ukraine’s desire for peace,” Zelenskyy said. “This is, in fact, a strategy of defense for every civilized state.”

The Ukrainian leader also thanked British Prime Minister Boris Johnson, who made a surprise visit to Kyiv on Saturday. Zelenskyy said they discussed “what help the United Kingdom will provide to the post-war reconstruction of Ukraine,” especially to rebuild the Kyiv region.

Ukrainian authorities have accused Russian missile forces of committing war crimes against civilians, including airstrikes on hospitals, an attack that killed 52 people at a train station, and another that came to light the Russian soldiers withdrew from the outskirts of Kyiv.

From our newsroom to your inbox at noon, the latest headlines, stories, opinion and photos from the Toronto Sun.

The next issue of Your Midday Sun will soon be in your inbox.