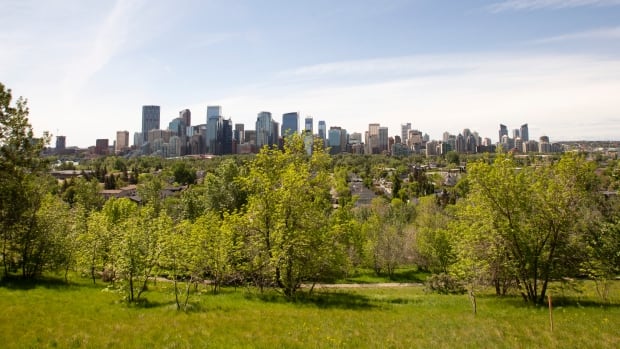 Calgary tied with Zurich, Switzerland for third in the Economist Intelligence Unit’s (EIU) annual ranking of the world’s most livable cities.

Calgary has been in the top 10 before, but third place is the highest ranking the city has achieved, surpassing Vancouver in fifth place and Toronto in eighth place.

“More Calgarians are telling their city’s story and people are paying attention,” Mayor Jyoti Gondek said in a statement Thursday.

“Our rise in the Most Liveable City ranking reflects the welcoming nature of our city, its accessibility and the opportunity offered to entrepreneurs.

“We are exuding optimism and inviting people to join us in shaping our future.”

The EIU, a research and analysis division of The Economist Group, a sister company to The Economist newspaper, ranked 172 cities this year.

He said each city received a rating out of 100 for more than 30 qualitative and quantitative factors in five categories: stability, health, culture and environment, education and infrastructure.

With an overall score of 96.3, here’s how the city fared in each category:

“An important aspect of the rankings is the focus on livability for all citizens in the face of economic challenges, and it remains a focus for Calgary,” Brad Parry, president of Calgary Economic Development, said in a statement.

“This rating is a recognition that Calgary is a great city for people to make a living while helping to solve global challenges.”

The city has been working to reimagine downtown, most recently announcing a partnership with Gehl Studio and Stantec Calgary to transform the Stephen Avenue pedestrian mall into a more vibrant area.

The EIU’s livability survey said it does not take into account the cost of living.

The survey said that, overall, scores have increased since last year due to the relaxation of COVID-19 restrictions in many places, but the global average score is still below pre-pandemic levels.

Notably, this year the EIU wrote in its findings that Kyiv, Ukraine, was forced to be removed from the list due to Russia’s invasion of Ukraine.

The war also influenced Moscow’s and St Petersburg’s lower ratings in Russia because of “increasing instability, censorship, the imposition of Western sanctions and companies withdrawing their operations from the country”.

Damascus, Syria, as well as Tripoli, Libya and Lagos, Nigeria are in the background “as they face social unrest, terrorism and conflict”.

Cities in Western Europe and Canada filled most of the top 10, with the exception of Osaka, Japan, tying Melbourne, Australia for 10th.