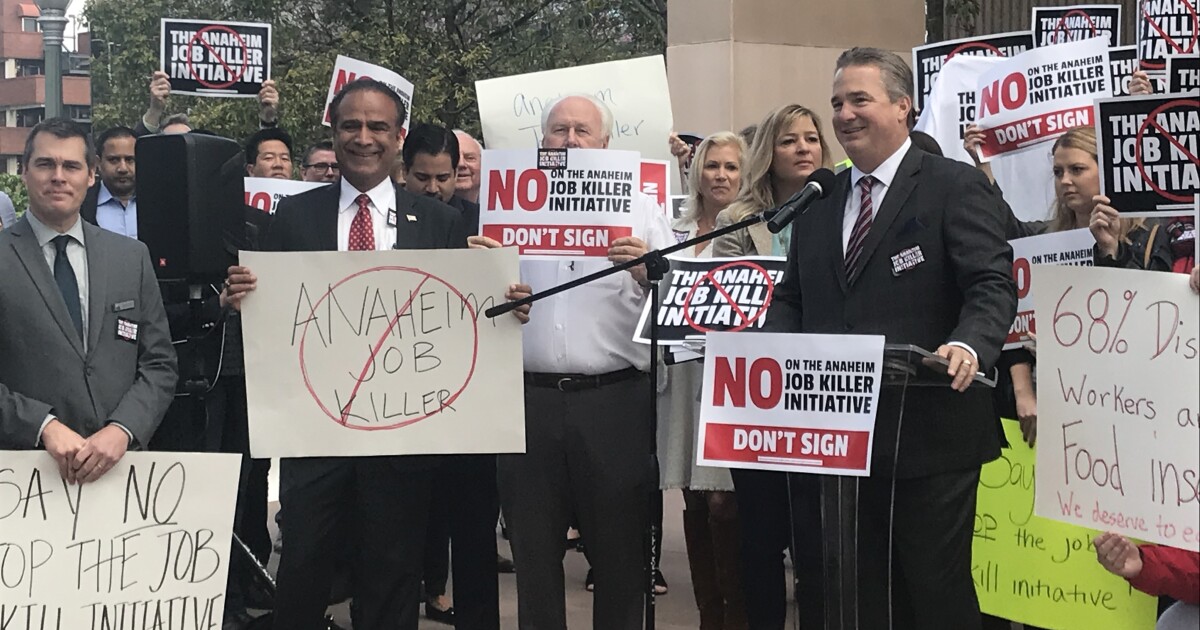 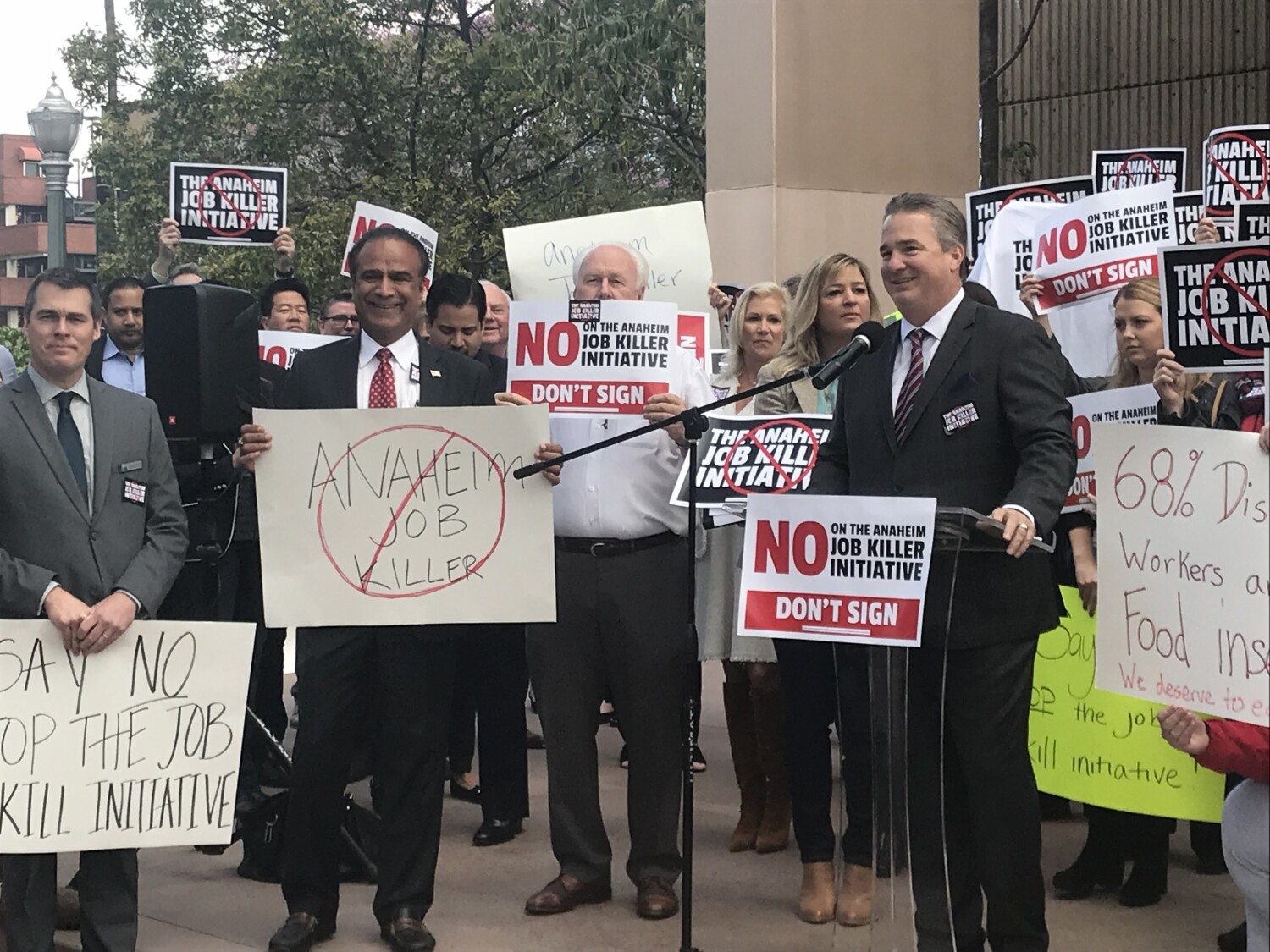 Todd Ament, former head of the Anaheim Chamber of Commerce, has agreed to a plea deal in connection with a wide-ranging political corruption scandal in Orange County.

According to a filing Thursday in US District Court in Santa Ana, Ament will plead guilty to filing a false tax return, lying to a mortgage lender and two counts of wire fraud.

The settlement requires Ament to fully cooperate with the government — including testifying before grand juries and in trials — and pay nearly $250,000 in back taxes.

Ament’s attorney, Salvatore Ciulla, did not immediately respond to requests for comment.

Ament was accused last month of lying to a mortgage lender during the purchase of a $1.5 million home in Big Bear. The 99-page statement in support of the complaint contained a number of other allegations, including his participation in a self-styled “cabal” that ran the Anaheim government.

The affidavit described Ament and an unnamed political adviser – details match Jeff Flint, chief executive and senior partner at FSB Public Affairs – as “the leaders of a small group of individuals who met face-to-face to discuss strategy around various matters within Anaheim – Matters that were often pending, or soon to be pending, before the Anaheim City Council.”

The statement also referenced Company A Employee – Disneyland Resort Director of External Affairs Carrie Nocella, according to a person familiar with the investigation – as one of the leaders “to some extent”.

The initial charge against Ament came a day after a federal search warrant statement against Anaheim Mayor Harry Sidhu was made public. That statement accused the mayor of disclosing confidential information to the Angels during the team’s negotiations with the city over the $320 million sale of Angel Stadium in hopes of receiving a million-dollar campaign donation and obstructing a grand jury investigation. of Orange County about the deal.

Sidhu resigned after the testimony was released and the City Council sank the sale of the stadium. The former mayor was not charged and his lawyer, Paul Meyer, denied any wrongdoing by his client.

In the plea agreement, Ament admits to “creating and participating in a scheme to defraud” an unnamed $225,000 cannabis company, representing money that would have been used by the Chamber of Commerce to create a task force and pressure the city to stop. allow cannabis to be sold.

The settlement outlined another plot in which Ament received $61,000 from the Small Business Administration “falsely presenting that he would use the proceeds as working capital to alleviate the economic damage caused by the COVID-19 pandemic” in 2020. The money went to a Ament-controlled company, TA Consulting, which the government said had “no substantial operations or employees”. Ament spent the funds on personal expenses at “suit stores, retail clothing stores and retail boat dealers.”

Additionally, the plea bargain said that Ament filed false tax returns in 2017, 2018 and 2019 that underreported his income.

The guidelines for offenses charged at this level call for 37 to 46 months in federal prison. The agreement notes that the government will recommend that Ament be sentenced to “no more than the lower limit” of the guidelines.