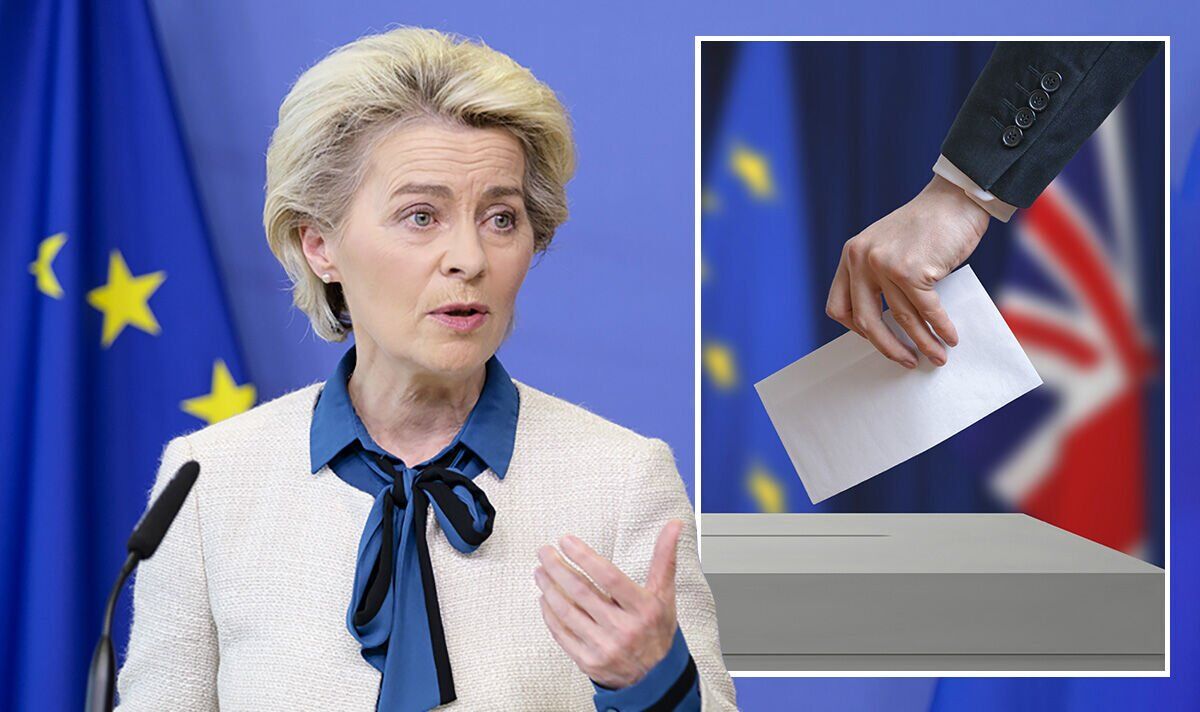 Britain has been independent from the European Union (EU) for two years, and Express.co.uk readers want to keep it that way, saying they would not vote to return to the bloc, although they still face daily challenges. The UK voted to leave the EU by 52% to 48% in 2016, but the current Brexit deal means Northern Ireland continues to follow some EU regulations.

Earlier this week, Foreign Secretary Liz Truss published a proposal to allow parts of the Northern Ireland Protocol to be amended.

The legislation would allow goods traveling only to Northern Ireland from Great Britain to be exempt from EU checks.

License voters are fearful the UK could join the bloc under a new prime minister.

Rober Taylor outlined a five-step plan in an op-ed for Express.co.uk that the Remainers could follow if Boris Johnson lost power.

He said that, first, Johnson needs to be “so discredited that he has to step down.”

He then suggested that if a Remainer like former Health Secretary Jeremy Hunt took over, he could begin to “inexorably bring Britain closer to a closer relationship with the EU”.

He explained that the UK could consider returning to the single market and customs union before renegotiating the Withdrawal Agreement.

He added that the UK could apply for EU reintegration, perhaps in the outer ring of “slow-speed countries”.

As a result, Express.co.uk asked readers if they would vote in a second referendum.

In a poll that ran from 10am on Tuesday 14 June to 11am on Friday 17 June, Express.co.uk asked: “Would you vote for a Brexit referendum on EU reintegration?”

Thousands of readers shared their thoughts in the comments of both accompanying articles, participating in lively debates.

One reader, username DADDY-LCWRA, said: “We don’t want or need another referendum on whether or not to join the EU, we left for a valid reason and that reason hasn’t changed.”

Username Angry Button said: “No votes are to be cast, it’s done and sprinkled.”

Another, username Mīnōtaurus, wrote: “I, for one, would be outraged if a vote took place.”

And the username Pougue Mahone said: “We’ve taken the vote, accepted the result and moved on.”

Other readers agreed that they would not vote in a second referendum with the username Just Get WTO Done commenting, “Once in a lifetime referendum.”

Username John-uk said, “The 1st vote is all that matters.”

While username DJ777 said: “The real answer is YES to a vote, NO to EU reintegration”.

The Italian correspondent in the UK, Antonello Guerrera, criticized the idea of ​​a U-turn that would allow the UK to rejoin the bloc.

When asked if he thought Britain would return to the EU, Guerrera told LBC: “I don’t think so. I think the decision to leave the EU was quite difficult and difficult. And now [the idea of] this country returning to a referendum mode”.

He added: “I find it quite unrealistic, at this particular time.”