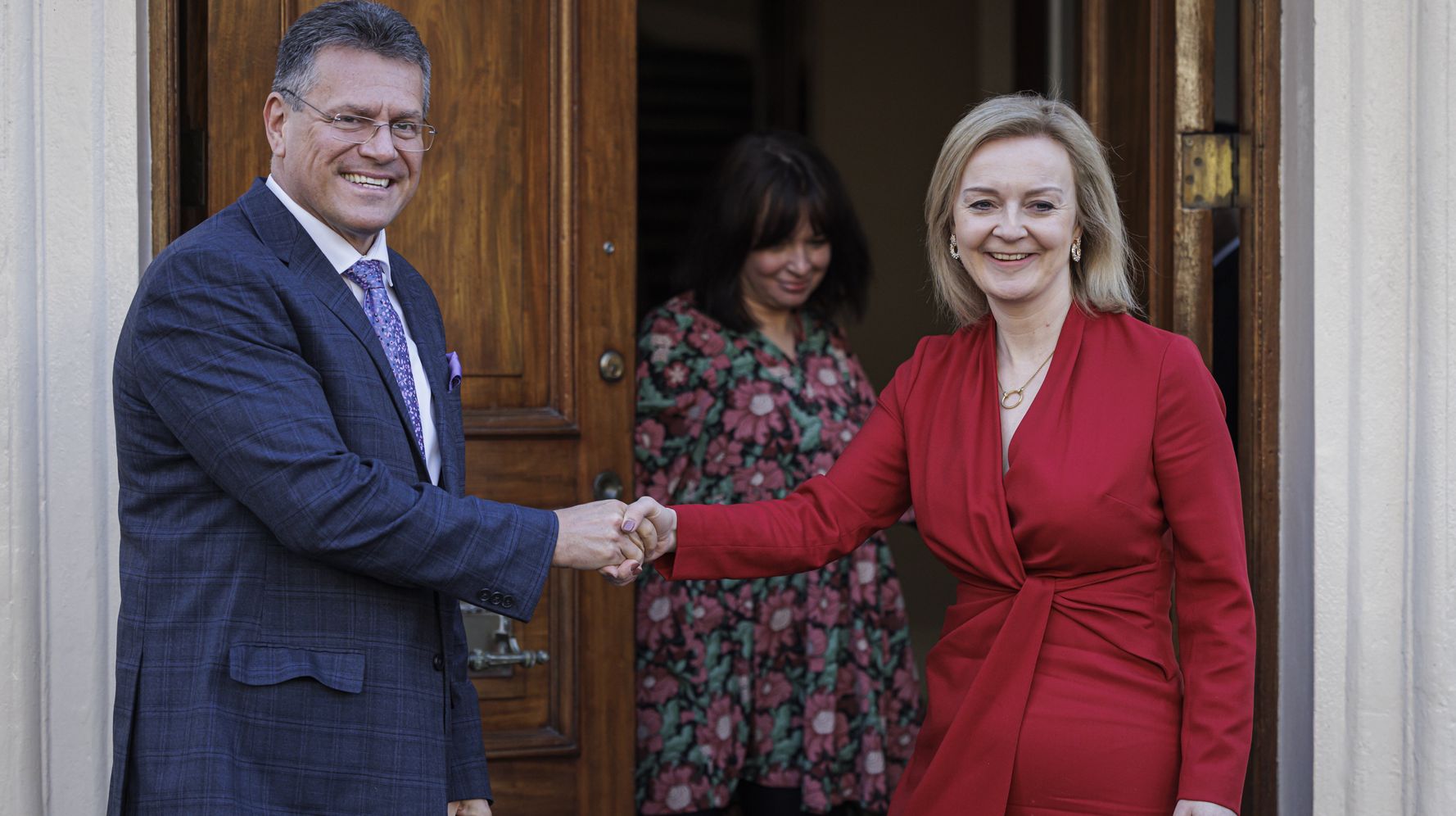 A complete breakdown in the UK-EU Brexit talks could take just days after Brussels told Liz Truss it was unwilling to renegotiate the Northern Ireland protocol.

The Foreign Secretary told European Commission Vice President Maros Sefcovic that the bloc needed to give way during an “angry” phone call this morning.

She said a failure to do so would leave the UK “no choice” but to break the trade deal between Britain and Northern Ireland.

But in response, Sefcovic said the EU had gone as far as it could and would not make any further concessions.

He said: “The EU cannot solve all the problems created by Brexit and the kind of Brexit the UK has chosen.

“That is why the EU’s position has been consistent: we are not going to renegotiate the protocol, and the EU is united in that position.

“Unilateral action, effectively disapplying the protocol, is not a solution to the way forward.”

He said the commission “stands ready” to continue working for a joint solution to the friction caused by the deal and urged the UK “to do the same”.

The UK insists that the Protocol, which created a customs border on the Irish Sea, must be radically redesigned to protect the Good Friday Agreement and restore power-sharing government in Stormont.

If no agreement is reached, legislation replacing parts of the Protocol is due to be tabled by ministers next week – a move that could trigger a trade war between the UK and the EU.

In a statement released following the call between Truss and Sefcovic, a Foreign Office spokesperson said: forming a Northern Ireland Executive.

“She also noted that the current situation was causing an unacceptable disruption to trade and created a two-tier system where people in Northern Ireland were not being treated the same as everyone else in the UK.

“She reminded Vice President Šefčovič of the importance of defending Belfast [Good Friday] Agreement, and said the commission had a responsibility to show more pragmatism and ensure that the protocol was adhered to in its original objectives.”