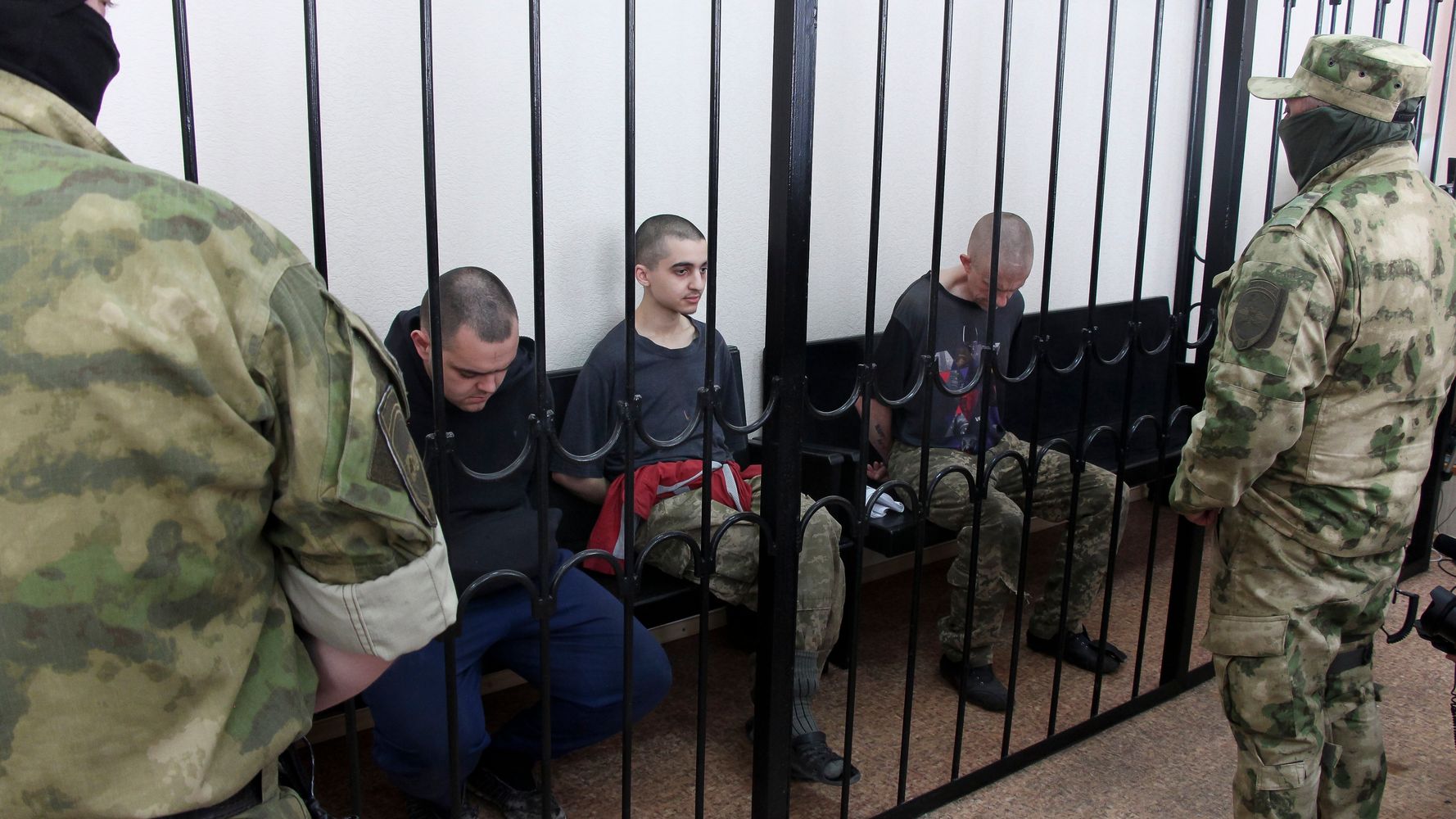 Truss said: “I fully condemn the conviction of Aiden Aslin and Shaun Pinner held by Russian prosecutors in eastern Ukraine.

“They are prisoners of war. This is a mock trial with absolutely no legitimacy.

“My thoughts are with the families. We continue to do everything we can to support them.”

There were concerns that making their case a bilateral issue between the UK and Russia would help Moscow in its narrative that the men are “mercenaries” and therefore not entitled to protection under international law.

Britain argues that Aslin from Newark in Nottinghamshire and Pinner from Bedfordshire are members of the Ukrainian army and therefore should be treated as prisoners of war.

In a statement to the Newark advertiser, Aslin’s family said: “We love Aiden with all of our hearts. He and Shaun, as members of the Ukrainian military, must be treated with respect, like any other prisoner of war.

“They are not, and never have been, mercenaries. We hope this sentence will be lifted and we implore the governments of the UK and Ukraine to do everything in their power to have them returned to us safely and soon.

“We can only imagine what they are going through right now.”

A third man, Moroccan Saaudun Brahim, was sentenced alongside Aslin and Pinner.

The men were accused of being “mercenaries” after fighting Ukrainian troops.

The court where they were sentenced, which is not internationally recognized, is in the so-called pro-Russian People’s Republic of Donetsk.

Interfax, a Russian news agency, said the men could appeal their convictions.

Aslin and Pinner were both members of regular Ukrainian military units fighting in Mariupol, the southern port city that has seen some of the heaviest fighting since Vladimir Putin’s invasion of Ukraine.

Former Conservative minister Robert Jenrick, who represents the constituency where Aslin lived, called for the Russian ambassador to the UK to be summoned to the Foreign Office.

This comes after a friend of Aslin’s said the death sentences will “strengthen” those who still resist Russia’s advances.