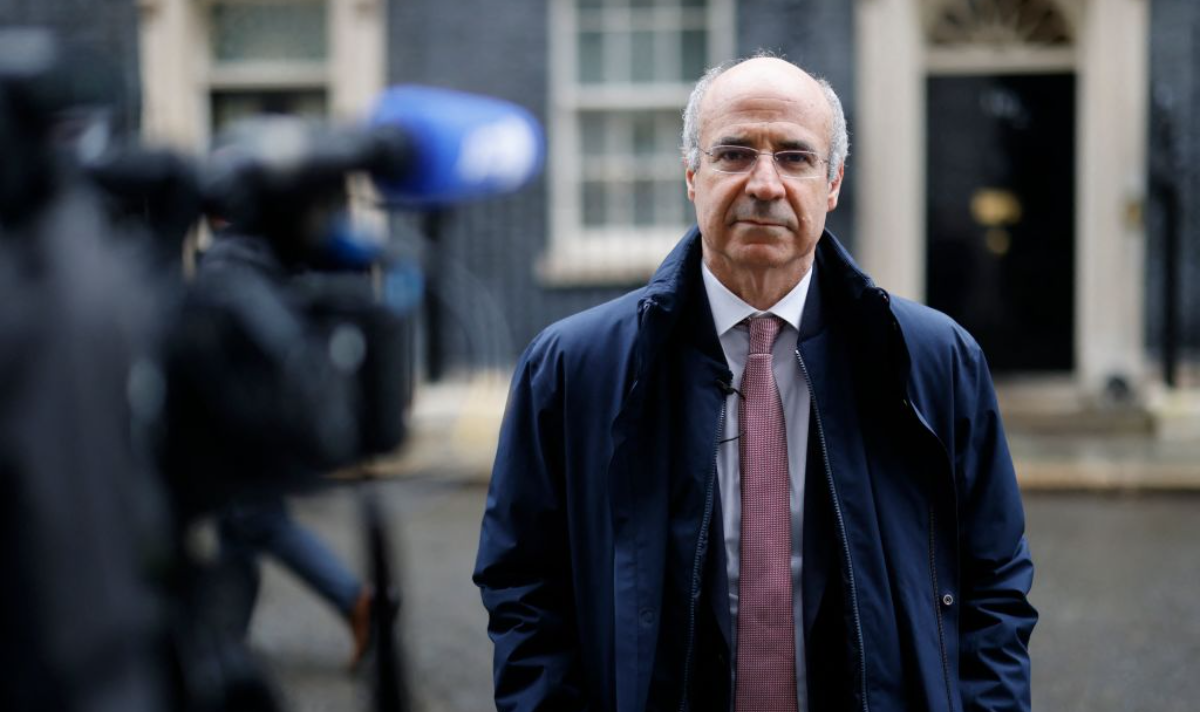 Browder spoke to Express.co.uk about how Russia was being affected by the current economic sanctions in place. Western governments have banded together since the start of the war in Ukraine to try to financially cut off Russian President Vladimir Putin in order to stop the bloody attack. Browder explained that Putin was currently earning a billion dollars a day from Western countries that still buy Russian gas and oil. The American-British financier and Putin foe claimed the West had not done enough to end Putin’s ability to finance the war.

Browder added: “He gets a billion dollars a day from Germany, Italy and other countries.

“And a war costs him a billion dollars a day, so at the moment he’s not suffering financially.

“We have to make him suffer financially if there is any likelihood that he will reduce the war.”

Foreign Secretary Liz Truss has been imposing heavy financial sanctions on Russia since the invasion began in February.

Foreign Secretary Liz Truss said: “Doing business with the Putin regime is morally bankrupt and helps finance a war machine that is causing untold suffering across Ukraine. Cutting Russia’s access to British services will put more pressure on the Kremlin and will ultimately help ensure that Putin fails in Ukraine.”

Supporting Ms. Truss, Business Secretary Kwasi Kwarteng said: “Our exports of professional services are extraordinarily valuable to many countries, which is exactly why we are blocking Russia, we are increasing economic pressure on the Kremlin to change course.”

British Prime Minister Boris Johnson has pledged to continue to support Ukraine by sending weapons and funds to help them fight the Russian onslaught.

Johnson said: “In January, of course – just before Putin launched his attack – we sent you planes loaded with anti-tank missiles, the NLAWS that I think have become popular in Kiev.

“And we’ve stepped up this vital effort, working with dozens of countries, helping to coordinate this ever-expanding supply line, dispatching thousands of weapons of various types, including tanks and armored vehicles.

“In the coming weeks, we in the UK will be deploying Brimstone anti-ship missiles and Stormer anti-aircraft systems.

“We are providing armored vehicles to evacuate civilians from areas under attack and protect officers – which Volodymyr mentioned to me in our most recent call – while they maintain critical infrastructure.

“And I can announce today from the UK government a new package of support totaling £300 million, including radars to locate the artillery bombing your cities, heavy-lift drones to supply your forces and thousands of night vision devices.

“We will continue to provide Ukraine, alongside its other friends, with weapons, funding and humanitarian aid.”