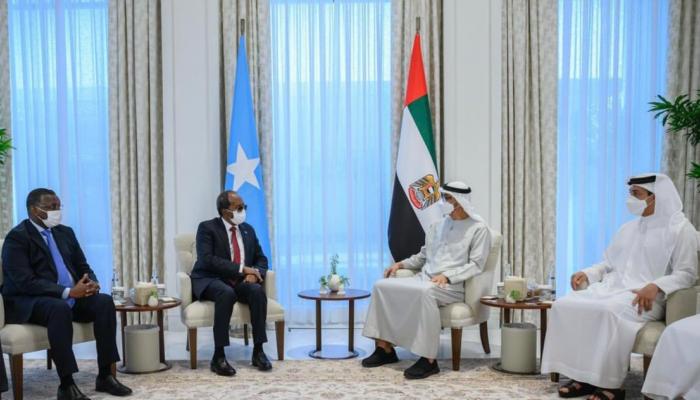 Dr. Anwar bin Mohammed Gargash, Diplomatic Adviser to the President of the United Arab Emirates, said there is a historic willingness on the part of the Emirates to support Somalia.

Gargash added, in a tweet on Twitter: “The president’s affirmation of support for the Somali people through the duality of stability and development stems from the UAE’s historic willingness to support the Somali brothers and stems from the country’s credibility in its international relations. and humanitarian and obligations, and that is what was praised and appreciated by President Hassan Sheikh Mahmoud.

He stressed that “the leadership of the Emirates is always concerned with credibility as a credit and legacy registered for the state. Standing with brothers and friends in the darkest conditions and building a common and bright future is a priority for us, and the positive meeting of the Sheikh Mohamed bin Zayed Al Nahyan with the Somali president is within a huge network of relationships that the State President is interested in.” “.

Yesterday, Wednesday, Sheikh Mohamed bin Zayed Al Nahyan, President of the United Arab Emirates, received the President of Somalia, Hassan Sheikh Mahmoud, at Al Shati Palace, where he welcomed his visit and congratulated him on taking over the presidency of the Somalia, wishing him success in leading his country and in realizing his people’s aspirations for stability, progress and peace.

Sheikh Mohammed bin Zayed Al Nahyan affirmed the UAE’s support for all that achieves the aspirations of the Somali people for development, stability and prosperity and building a better future for their people of peace and prosperity.