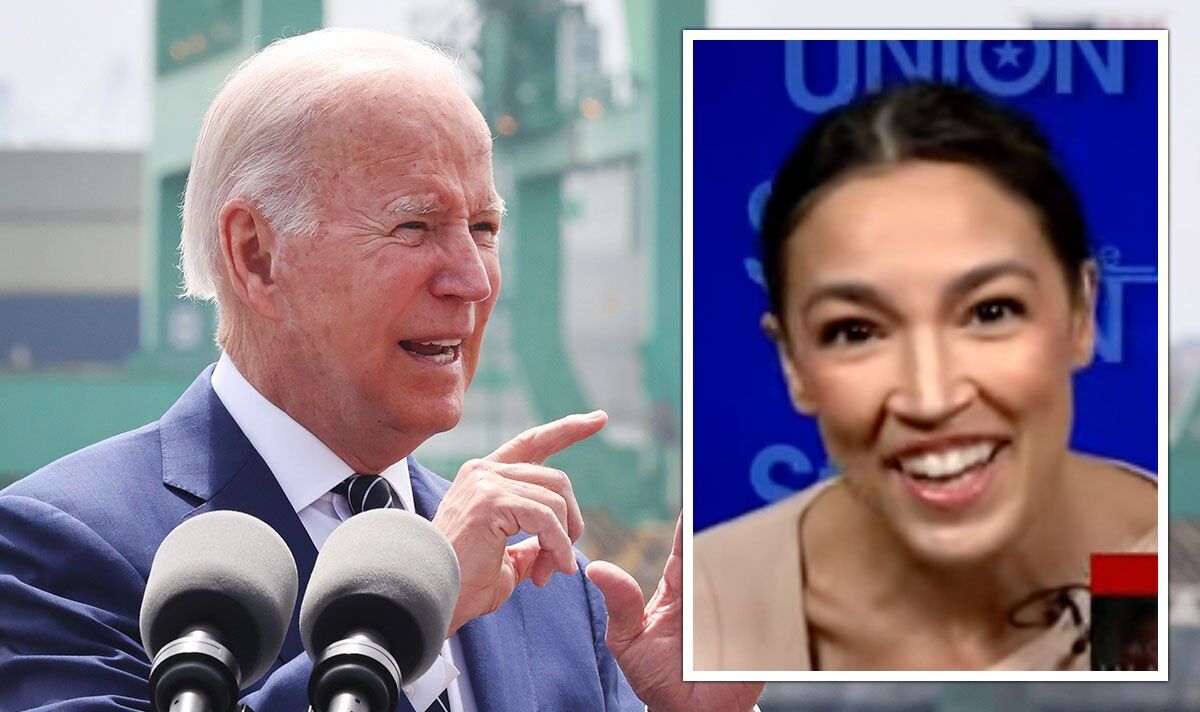 Amid the multiple challenges facing the United States after Donald Trump’s presidency, President Joe Biden has struggled to keep his approval rating above 50%. According to poll aggregator FiveThirtyEight, President Biden had less than a 50% approval rating last August and has since dropped to a record low of 40%. Experts agree that Biden’s popularity among Democrats will affect the upcoming November election, as more voters may decide to stay home.

When asked if she should endorse President Biden on a Democratic presidential ticket in 2024, Representative Alexandria Ocasio-Cortez first beat around the bush, but then said, “We’ll cross that bridge when we get to it. But I think if the president has a vision, That’s something we’re all willing to entertain and examine when the time comes.”

Mrs. Ocasio-Cortez responded, “Yes, I think we should endorse it when we get to that. But I believe the president has done a very good job so far.

Before bursting out laughing, she added, “And if he runs again, I think we’ll take a look at it.”

The drop in President Biden’s approval rating comes as the United States grapples with an unprecedented array of issues, such as the ongoing war in Ukraine, skyrocketing inflation, a national infant formula shortage and the ongoing COVID-19 pandemic.

More recently, gun violence has returned to the top of the agenda after a horrific mass shooting at an elementary school in Udalve, Texas, claimed 21 lives.

According to data compiled by the nonprofit Gun Violence Archive, which tracks incidents of gun violence across the country, there were at least 246 mass shootings as of June 5 this year.

In an attempt to resolve this issue, US senators, in a rare show of unity between Democrats and Republicans, agreed in principle to new legislation.

However, gun violence is just one of the most pressing issues facing the Biden administration right now.

With the Supreme Court ruling on Roe v. Wade, the risk of women losing their right to abortion is imminent. On the American satirical show Jimmy Kimmel Live!, Biden promised to protect them through executive orders.

Last month, Politico leaked a draft showing that the conservative Supreme Court could overturn Roe v. Wade – the landmark decision protecting abortion for all women at the federal level.

“It’s clear that if, in fact, the decision goes the way it goes and these states impose the limitations that they’re talking about, it’s going to cause a mini-revolution and they’re going to vote for a lot of these people in office,” predicted the president. .

Democratic strategists hope the Supreme Court decision could provoke a backlash among Democratic voters who will then mass protest the Republican-led restriction.

If the Supreme Court decides to overturn Roe v. Wade, every US state will have the option to preserve access to abortion – and Joe Biden can do very little about that.

In a last-ditch attempt to rally voters for the right to abortion, the US president said in a White House statement: right to choose.

“And it will be up to voters to elect pro-choice officials in November of this year. At the federal level, we will need more pro-choice senators and a pro-choice majority in the House to pass legislation that codifies Roe, which I will work to pass and sign into law. “