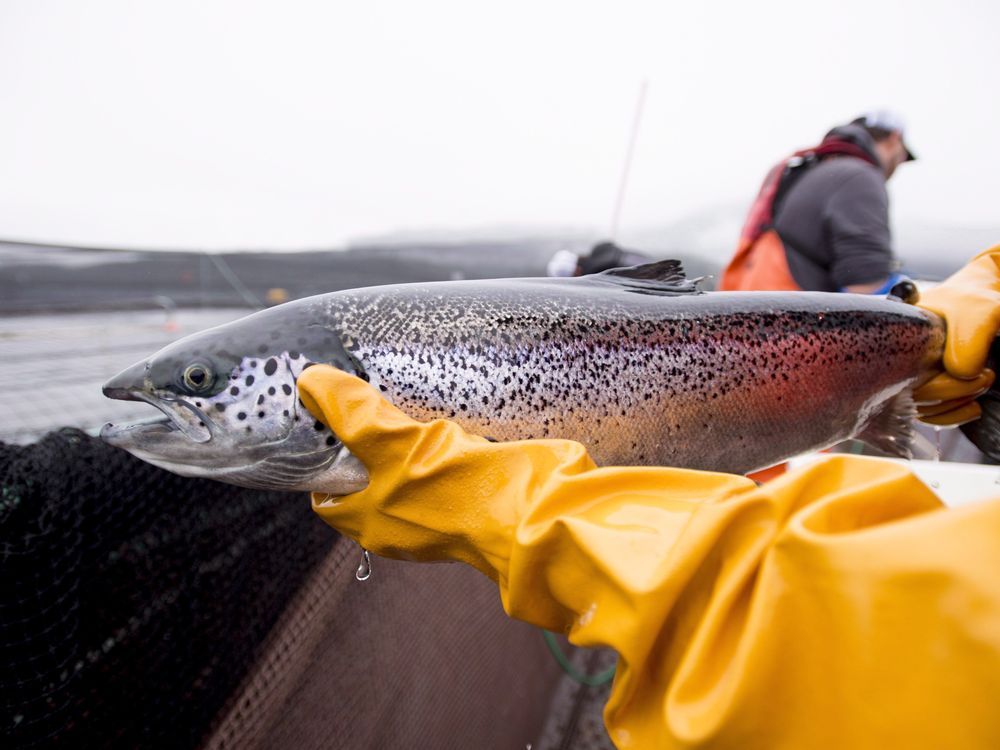 A formal consultation process for the future of the industry is welcome after years of “ad hoc” discussions over Ottawa’s pledge to end open net salmon aquaculture, the executive director of the BC Salmon Farmers Association said Thursday. fair.

Ruth Salmon said she will bring together industry, First Nations and the federal and BC governments to talk about how to transition away from open grid farms.

Studies have shown that open net pens can spread disease to wild fish, although Salmon said the global aquaculture industry is changing, with new technologies that reduce interactions between wild and farmed fish without blocking farms.

The mandate letter to Fisheries Minister Joyce Murray tasks her with developing the plan to shift from salmon farming in open nets in BC waters by 2025, as she works to introduce Canada’s first Aquaculture Act.

Fisheries and Oceans announced Wednesday that open-net salmon farms can continue to operate during the consultation process expected to last until early 2023, with the final transition plan for 79 farms expected to be released next spring. .

Murray and his department will propose a framework for the plan in consultation with indigenous communities, industry, environmental groups and different levels of government, the minister said in an interview on Thursday.

The plan “will be for a new regulatory regime that will lead to this transition to where there is little to no contact between wild and farmed salmon,” she said.

Prime Minister John Horgan wrote to Prime Minister Justin Trudeau in March, saying any plan to end open net fish farming must come with support for the industry and its workers.

It’s too early to say what support for coastal communities might be, Murray said, but Ottawa will work closely with the provincial government.

New Democrat fishing critic Lisa Marie Barron released a statement on Thursday saying the consultation to move away from open net farms should have taken place years ago, when the Liberal government announced its intention to phase them out.

“Nearly three years later, the important work of providing a clear transition plan for First Nations, workers and coastal communities has not been done,” said Barron, who represents Nanaimo-Ladysmith riding on Vancouver Island.

Murray acknowledged that the pledge to end aquaculture in open net pens was made in 2019, but said action has been taken since then.

There are no more Atlantic salmon farmed on the Discovery Islands, which account for about 30% of the aquaculture industry volume off the BC coast, she said.

Aquaculture operators in the area located along a key migration route for wild salmon had already started to decline after Murray’s predecessor announced in late 2020 that 19 salmon farms would be shut down by the end of this month.

A federal court judge overturned that decision this spring after three companies requested a judicial review of the order preventing them from replenishing their farms, arguing that there were no grounds and did not “demonstrate appreciation of the facts.”

In her April ruling, Federal Court Judge Elizabeth Heneghan found that the minister’s order violated the right to procedural justice due to the fish farms.

Ottawa is now conducting a separate consultation process with First Nations and fish farm operators, which Murray said would involve talking about the possible non-renewal of salmon licenses, with a final decision expected in January.

“It is important that we talk to those affected.”

In the meantime, the federal government will not reissue any licenses for Atlantic salmon farms on the Discovery Islands.

One of the operators that requested judicial review, Cermaq Canada, said in a statement that the company has formalized several agreements with First Nations since the decision and will follow its lead in the consultation process.

“We are therefore ready and motivated to engage in a process that recognizes the common interest of the parties in exploring what food production will be like in the Discovery Islands region. First Nations rights and oversight will be crucial for Cermaq’s future operations in the area,” he said.

While the BC Salmon Farmers Association welcomes the consultation process, they are disappointed that license renewals are no longer to encourage investment in innovation in the industry, said Salmon, who is serving as interim executive director.

“Short-term licenses don’t really give investors the kind of confidence they need to invest in Canada,” she said.

“We need to know that the government feels there is a future, because that aligns with investing in dollars. So we have all kinds of interesting ideas, but we can’t operationalize them until there’s that security.”

First Nations for Finfish Stewardship also released a statement saying the coalition has asked for long-term renewals, but is grateful that Ottawa has reissued licenses outside the Discovery Islands, recognizing the rights of nations wishing to pursue seafood production in their territories. .