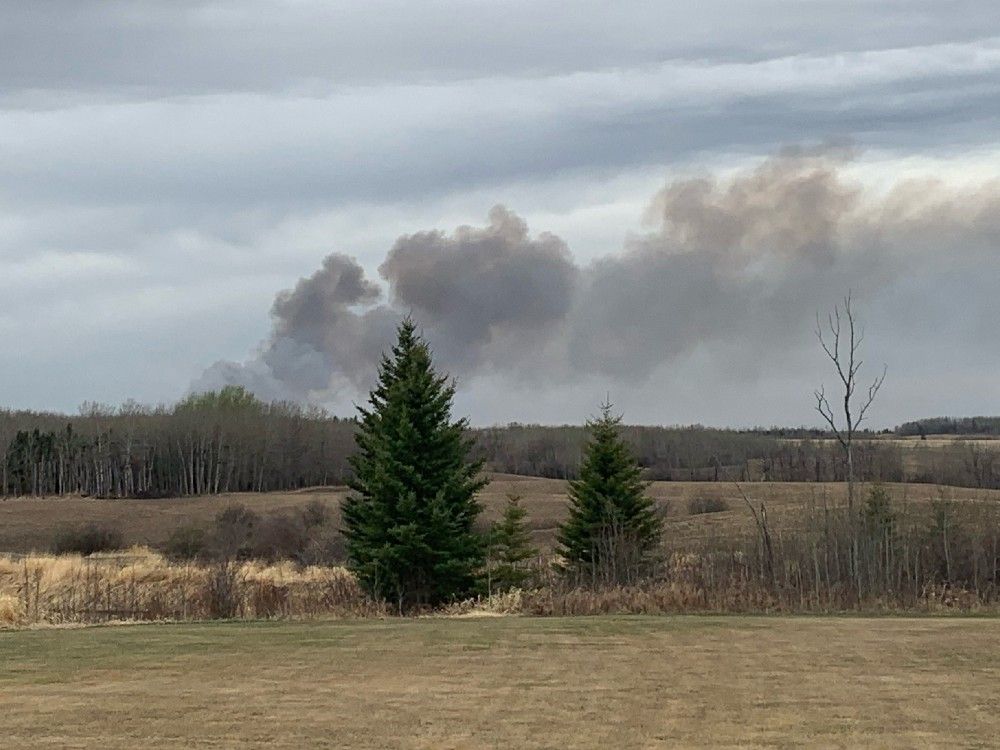 Provincial officials are watching closely as Alberta enters the most critical period of the annual wildfire season.

The wildfire season technically started two months ago and runs until the end of October. So far, Alberta Wildfire Province Information Officer Josée St-Onge said on Friday it has been a typical start, with 152 wildfires as of Saturday — in line with the five-year average.

But May is normally the busiest month for firefighting, and St-Onge said Alberta residents need to be cautious in the coming weeks.

“We are in that period between the melting of the snow, but the greening of the vegetation has not yet happened, and this is a very critical time for wildfires,” she said. “Dry grass and dry vegetation are extremely flammable.”

It’s still too early to say what might be in store for the next six months of wildfire risk. St-Onge said there has been average snowfall in most boreal forests in the province, which makes the ground less dry – an element in the wildfire risk level. But officials are still waiting to see how much rain will fall in the coming weeks, and that will be a decisive factor in the evolution of the season.

Two-thirds of the wildfires that burned in Alberta last year were caused by humans, and St-Onge said people need to be aware of how to avoid wildfires.

“Before leaving a fire, make sure it is completely extinguished. We always tell people to wet, stir and wet again,” she said.

“When it comes to off-road vehicles, we urge people to be mindful of their surroundings and stop often to clean hot spots around the exhaust so that dry grass doesn’t build up and catch fire.”

Alberta Wildfire also runs an online dashboard where you can check the status of active wildfires.

Minister says that hiring of firefighters is proceeding normally

As the wildfire season escalates, the union representing permanent and seasonal firefighters is questioning whether the province is ready.

Alberta Employees Union (AUPE) vice president Mike Dempsey said in a statement this week that the process of hiring seasonal firefighters is moving too slowly and training has also been delayed. He said he’s worried it could be the end of May before the province catches up.

“Our firefighters fear that a lack of experienced boots on the ground will lead to fires spiraling out of control, threatening lives and communities,” Dempsey said.

Agriculture, Forestry and Rural Economic Development Minister Nate Horner told reporters on Wednesday that the wildfire budget is stable and the department is hiring normally.

“There is some hiring difficulty that we are also seeing in all of our neighboring provinces,” he said.

“There are positions that are not filled, but that will change as we go through the season. This is very similar to the previous year.”

Alberta NDP opposition critic Heather Sweet said on Wednesday that she is concerned about reports that the province has cut seasonal contracts by a month – ending in August instead of September.

“We don’t have boots on the ground like we already should and we know wildfire season is on,” she said.