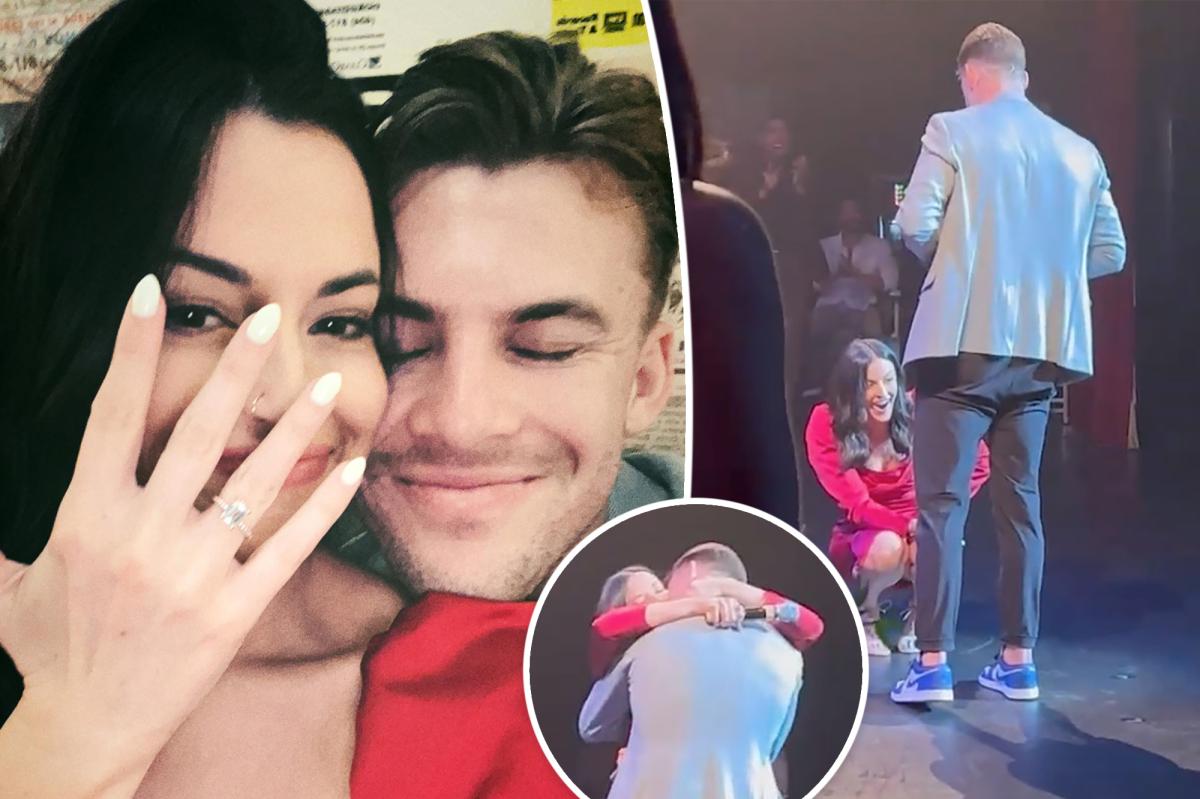 It was the most dramatic proposal in “Live on Stage” history.

Tia Booth got engaged to boyfriend Taylor Mock during a “Bachelor” event in Atlanta on Sunday night.

“Never been more shocked or sure in my life💍 I love you so much Tay, my FIANCE!!!” the “Bachelor in Paradise” alum, 30, captioned a selfie on Instagram Monday in which she showed off her diamond engagement ring.

Mock surprised Booth on stage at the Fox Theater and chatted with her before getting down on one knee in front of an audience of thousands of fans.

“Are you kidding me?” the former “Bachelor” star shrieked, as captured in several fan videos.

A stunned Booth then turned away to take it all in before happily accepting and giving her new fiancé a hug. The crowd rose to their proposal feet and cheered as they came a rare “Bachelor away from ABC cameras.

Mock then showed Booth the ring, to which she dropped to the floor and eventually let him put on her finger. Host Becca Kufrin congratulated the newly engaged couple with a bouquet of flowers and joked that Booth “got the damn ring.”

“Bachelor in Paradise” star Sydney Lotuaco also posted a video to her Instagram Story of the group celebrating after the show.

“Cheers to the rest of our lives together,” Mock toasted with a red Solo cup.

Booth and Mock made their relationship Instagram-official in October 2021.

“It’s hard to put into words how you truly feel about someone you love,” he wrote alongside a series of photos of the two. at the time “I guess I’ll keep it as simple as I’ve never felt more alive than when I’m with you.”

Fans first met Booth when she competed for Arie Luyendyk Jr.’s heart on Season 22 of “The Bachelor” in 2018. She became a fan favorite but was felt home during week 8. Shortly after making her “Bachelor” debut, fans discovered that Booth had previously dated Colton Underwood.

Underwood, 30, went on to star as the Season 23 “Bachelor.” He dated his winner Cassie Randolph for two years but came out as gay in April 2021.