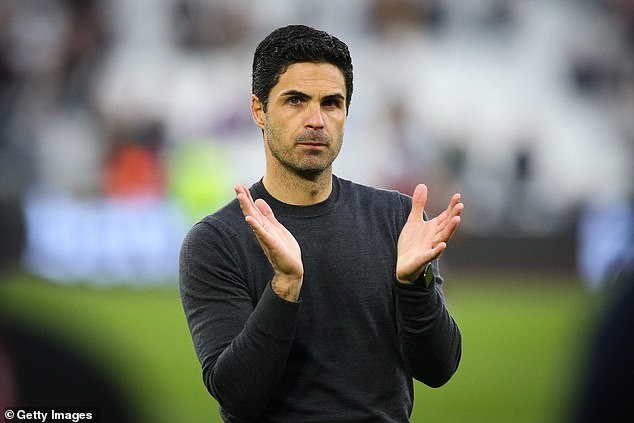 By Kieran Gill for the Daily Mail

Mikel Arteta has praised his Arsenal players for ‘winning hard’ at West Ham, saying they are dealing with the pressure and want to steal Chelsea’s Premier League third place.

“Big win,” Arteta said, borrowing West Ham’s fan-favorite word. ‘The team showed great character. Do not give up. To keep trying to make things right. The way they fought, the way they knew how to manage the game at certain times. It was phenomenal. 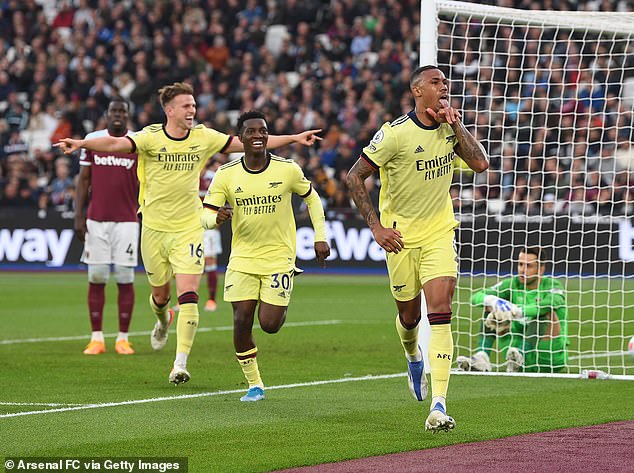 Arsenal are back in the top four after a 2-1 win over West Ham United on Sunday.

‘In England you say you ‘won hard’? From my point of view, we won badly. But I’m extremely happy to see a team that has that ability to find a way to win and show the character they’ve shown.’

Asked if this is now a race for third rather than just fourth, Arteta said: ‘Mathematically, everything is open-ended.

‘We’re going to have to go to Leeds and win again because everybody’s going to put pressure. We have to deal with it. We have a great opportunity. 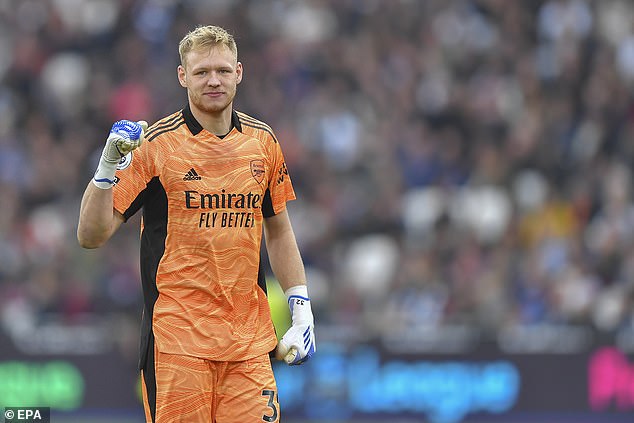 Goalkeeper Aaron Ramsdale is also hopeful the Gunners can now take the battle to Chelsea.

Goalkeeper Aaron Ramsdale later insisted he was unaware that Tottenham had beaten Leicester, but also said Arsenal could finish third above Chelsea.

It was two set pieces that undid West Ham and that defeat left them in seventh. If David Moyes’ men are to reach the Champions League, they will need to win the Europa League, whose semi-final they lose 2-1 to Eintracht Frankfurt before Thursday’s return game.

“I thought we did a good job on them,” Moyes said. “We kept Arsenal quiet. What we didn’t do well was set-pieces, which we’re usually pretty good at.’