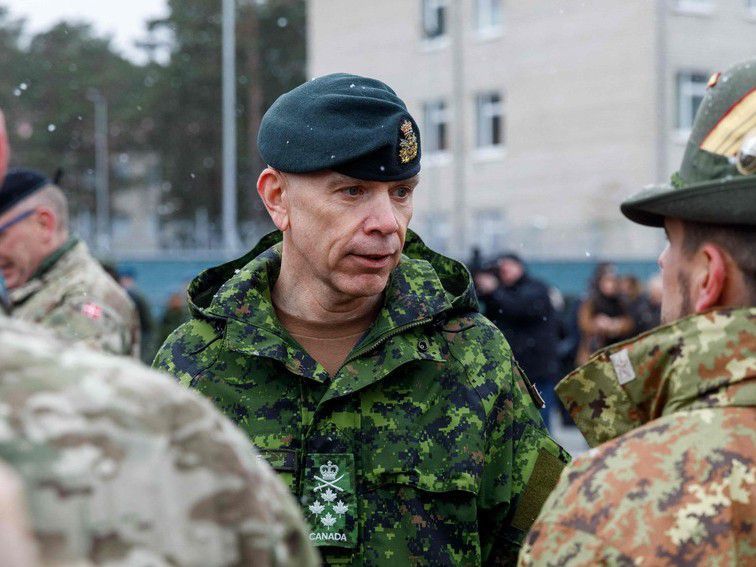 The effort is in both the US and Canada to prepare the industry to enter “feet of war” and significantly increase weapons production.

If that happens, expect billions of dollars in taxes to go to some of the biggest defense companies, most of them based in the US.

Every night on the American news, retired American generals, many who work behind the scenes at major defense companies, echo the call to increase arms production.

In Canada, the chief of the Defense Staff, General Wayne Eyre, argues that the war between Ukraine and Russia must be the catalyst for such a massive shift in industrial capacity.

“I think it showed that we need to increase the capacity of the defense industry,” Eyre told the CBC last week. “Given the deterioration of the world situation, we need the defense industry to go to war and increase its production lines to be able to meet the requirements that exist, be it ammunition, artillery, rockets, you name it. There is huge demand out there.”

But the reality of modern conflict seems lost to Eyre and Hillier. There is no ‘Javelins R Us’ store for government procurement agents to go through and place an order.

Eyre’s idea that Canada’s defense industry could go into “feet of war” dates back to the days when workers during World War II forged $10 Sten machine guns at a factory in Ontario.

Many modern weapons are highly dependent on sophisticated electronics and other components now in high demand. The pandemic has also created problems with supply chains and the availability of workers.

Just hours before Eyre was on the CBC urging the defense industry to go to war, the reality of current supply chains and weapons production was unfolding with the latest Canadian Forces purchase. National Defense announced a delay of several years in receiving its new search and rescue aircraft.

In the United States – the world’s largest arms exporter – the problems are just as serious.

The US military has delivered more than 7,000 Javelin missiles and at least 1,400 Stinger surface-to-air missiles to Ukraine. But that was from existing stockpiles and the weapons industry is struggling to fill that stockpile for the Pentagon.

Lockheed Martin Chief Executive Jim Taiclet told CBS May 8 that the company is increasing Javelin production from 2,100 missiles a year to 4,000 a year. Reaching that goal, however, will take up to two years because of supply chain issues, he added.

Greg Hayes, Raytheon’s chief executive, told investment analysts April 26 that the company may not be able to produce more Stingers until at least 2023 due to parts shortages. This is because some components of the Stinger are no longer being manufactured, forcing Raytheon to use other electronics.

Another issue is that the US Department of Defense stopped buying Stingers about 18 years ago. This, in turn, limited production as the company relied on smaller orders from international customers. “We’re actively trying to get some of the material, but unfortunately the DoD hasn’t bought a Stinger in 18 years,” Hayes said. “As far as Stingers are concerned, we must keep in mind that we are producing Stingers for an international customer, but we have a very limited stock of material for Stinger production.”

Despite ongoing supply chain problems, the war in Ukraine is seen as a win-win situation for both US military and defense companies.

As the Pentagon ships its equipment to Ukraine, new orders for replacement equipment arrive. However, these deliveries to the US military will be of the most up-to-date versions of the weapons systems. And at the same time, defense companies make profits as the US military is replenished.

There may be even more profit in the future. The long-term goal of the US government is to change Ukraine from Soviet-era weapons to standard NATO equipment. This would improve the task of resupplying Ukraine in the future, but it would also mean large-scale contracts for primarily US arms companies. This, in turn, will come at a cost to US taxpayers.

The Liberal government will also be under pressure from retired generals and defense analysts, funded in part by the arms industry, to get Canada to join this rearmament plan.

Some of that pressure will also come from Defense Minister Anita Anand, who wants to pump billions of dollars more into the defense industry. At a conference earlier this week by the Canadian Institute of Global Affairs and sponsored by several defense companies, Anand praised Eyre and his deputy minister Bill Matthews, who she said was hard at work on the rearmament file.