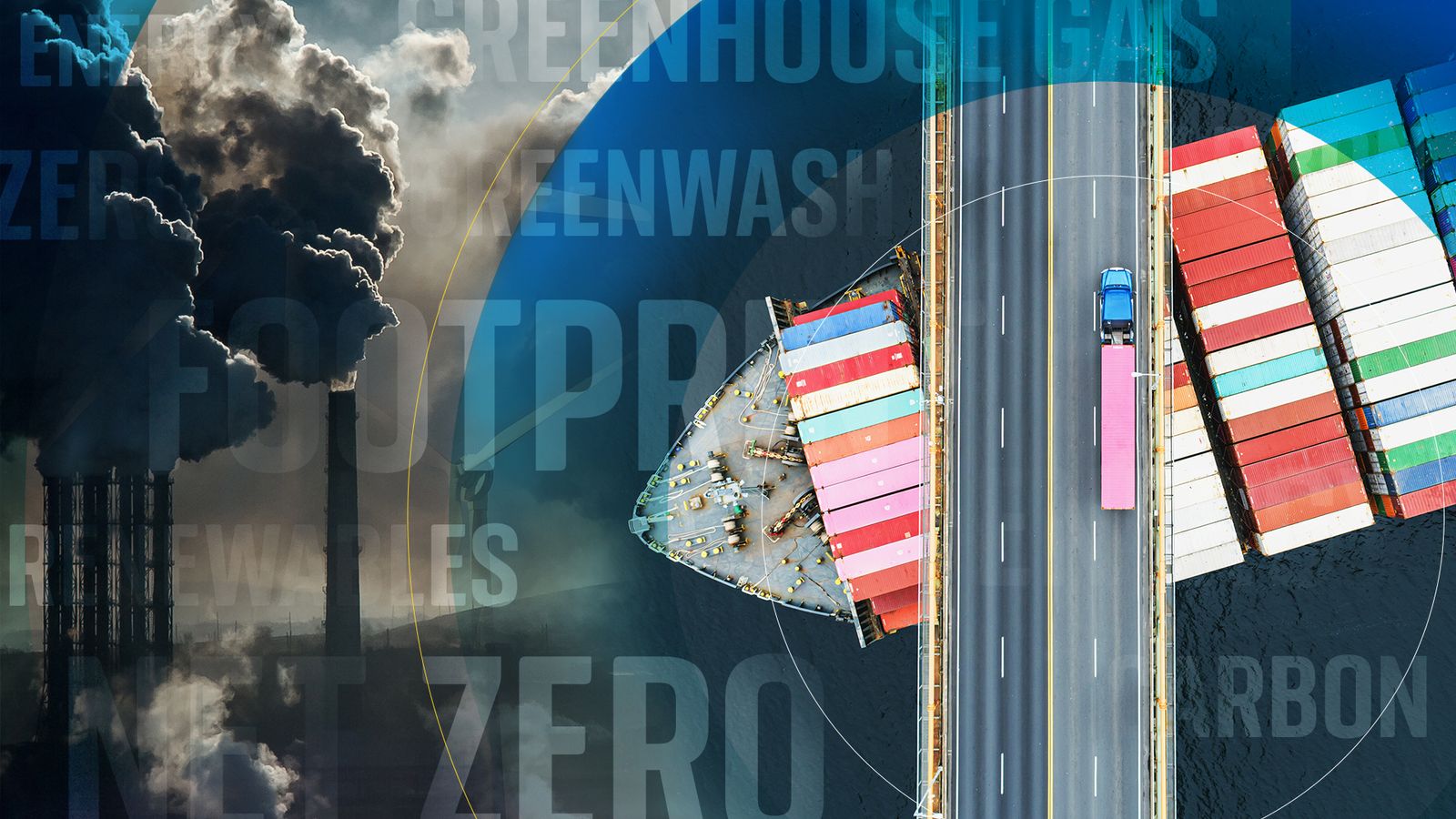 Two-thirds of corporate climate targets are “alarmingly weak”, risking accusations of “greenwashing”, according to a major global review of net zero pledges by countries and corporations.

A new analysis of more than 4,000 pledges from countries and companies around the world praises the recent “raise” of such targets but criticizes “major flaws” in their credibility, particularly in the fossil fuel industry.

The report’s co-author, Takeshi Kuramochi of the NewClimate Institute, warned that “peer pressure” to set zero net commitments in the business world could trigger “a mass flow of greenwashing – or a fundamental shift towards decarbonisation”. .

Going to net zero – eliminating net emissions by cutting most and offsetting the rest – by 2050 is considered essential to limit warming to 1.5°C and prevent climate degradation.

For what is considered the most comprehensive global analysis of net zero goals by volume, a team of Net Zero Tracker volunteers analyzed all countries, major cities and regions, and the world’s top 2,000 companies listed by Forbes Global.

They applauded the “unprecedented scale and scope” of the net zero targets, which now cover 91% of global GDP and 65% of greenhouse gas emissions, about six times more than just two or three years ago.

But they cautioned that, in contrast to net zero country-level targets, the volume and robustness of those set by non-state actors were “alarmingly weak”.

While more than a third (702) of the world’s 2,000 largest publicly traded companies have set net zero targets, 65% (456) of these targets do not meet minimum standards and 40% intend to have carbon offsets.

The rush to COP26 in Glasgow saw a flurry of net zero pledges from companies and officials, and during the climate talks Chancellor Rishi Sunak declared plans to “rewire the entire global financial system to net zero”.

A spokesperson for the UK government, which hosted the talks, said that “private sector innovation, influence and energy will be absolutely critical to … transforming the promises made at COP26 into tangible action”.

“It’s not about committing to a vague aspiration at a distant point in the future, but to clear, science-based transition plans and acting now,” they added.

Risk of a fig leaf

Steve Smith, executive director of Oxford Net Zero, who helped build the tracker, said that “it is not surprising that not all promises are confirmed yet”, because while some entities work on a detailed plan and then announce their goal, others announce the goal first and work backwards.

“But there is a risk that entities will use a net zero commitment like a fig leaf to excuse the fact that they are not taking urgent action now,” he told Sky News.

“Greenwashing” implies that an entity is disclosing misinformation about its climate credentials to present an environmentally responsible public image.

To avoid being accused of greenwashing and ensure they can deliver on their promises, companies must detail a plan, act immediately and be transparent about their reliance on offsets, Smith added.

Carbon offsets are essential to achieving net zero, particularly for carbon-intensive sectors such as heavy industry. But its use must be limited due to funding, land and technology constraints, and its integrity remains controversial because it is difficult to prove its permanence.

The report’s authors cited the fossil fuel industry by name for setting a high number of net zero targets, but say academic research suggests that “these targets are often only symbolic in nature – at worst, greenwashing – rather than signs of a genuine corporate climate. Leadership”.

An oil and gas industry spokesperson was not immediately available for comment.

“However, even if most of these goals are not being set in good faith… as the scrutiny of civil society, researchers and policymakers grows ever higher – gone are the days when goals misleading zero net sales remain unchallenged,” the report said. .

The show investigates how global warming is changing our landscape and highlights solutions to the crisis.