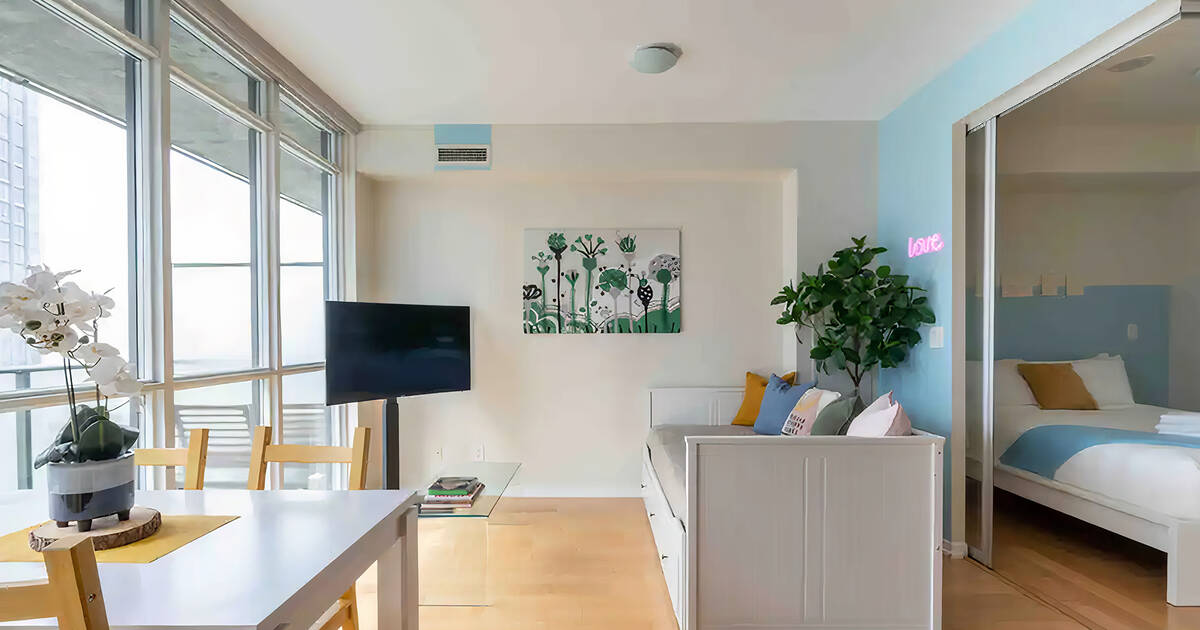 COVID drastically changed up — along with essentially everything else — Toronto’s housing market, forcing rental way down as people fled the city or were forced to turn their once-profitable short-term rental properties into regular old units for people who actually live in the city.

A full Airbnb ban to curb COVID-19 risks made things difficult for these housing hogging hosts, and new rules introduced by the city to try to cut down the number of such rentals promised to make things even moreso.

The biggest problem in Toronto is @Airbnb having ghost hotels and ghost homes take up all the available housing stock. It was always supposed to be people renting out a few rooms or just renting their house for a month or two, not full time rentals with parties all night

As of Jan. 1, 2021, operators in the city were required to register their properties as a short-term vacation rentals, making them subject to certain rules: namely, that the property had to be their primary residence.

Though the city vowed to strictly enforce the new regulations, more than 90 per cent of owners hadn’t registered within weeks of the deadline, and among thousands of illegal Airbnbs in operation, only a handful of hosts actually faced charges.

And while listings dwindled post-panny ban, it seems they’re shooting back up again.

Airbnb also confirmed that Toronto was the top trending destination for Canadians on the app this spring, more popular than anywhere else in Canada or the US

After much fanfare and several court cases won against Airbnb, Toronto is not bothering to enforce or go after “ghost hotels”. You’re on your own. https://t.co/e72BYJUjfP

A quick look at the available units shows the traditional ghost hotel-type places we saw pre-COVID, as well: Small one-bedrooms in newer buildings with basic IKEA furniture and views of the lake for a pretty penny.

There are also some cases where multiple units are attached to a single license number — clearly not consistent with the city’s new bylaws.

They did add that, per the bylaw, owners are allowed to rent up to three bedrooms in their primary residence as separate listings all under the same registration number.

But, there are a number of instances where there are multiple (in some cases five), clearly completely different residences under one licensing number.

When is airbnb going to enforce the legal short term rental codes published by the city of Toronto daily?

You are actively supporting ghost hotels that don’t pay tax.

The registration number STR-2108-GMQVHG, for instance, has five rooms in five separate units — which appear at different locations on a map — listed for rent on the app.

The exact same goes for registration number STR-2103-FGTDVB, and others, although each of these is only listed as one entry at one address in the publicly available dataset from the city.

A spokesperson for Airbnb tells blogTO that it is continuing to work with the City of Toronto “to ensure that all listings are compliant with the city bylaws, including having a host registration number that’s validated by the city.”

The city urges people to report this and any other violations of the short-term rental bylaw.

I live in Toronto and many Airbnb are units in condos as these is what the city predominantly build.people are buying multiple apartments in the condo and as a result many condos operate as ghost hotels. This creates so many problems, with very little benefit for the city.

But, it’s apparent that even with the registration process in place, ghost hotels are getting through the cracks, making the city’s housing crisis far worse as supply dwindles and the price of the average unit continues to reach ever more ridiculous peaks that are completely out of reach to most who live here.

And, new efforts to supposedly “crack down” on enforcement are actually letting errant hosts off the hook due to an interesting interpretation of the new bylaw in which a non-occupant property owner who uses the services of short-term rental management companies rather than managing multiple illegal listings themselves cannot be charged.

It’s a terribly infuriating but very real loophole that is apparently being exploited as the city continues to struggle with housing affordability, the average home in the GTA in general — not even Toronto proper — now costing $1.3 million and small-town Ontario properties on now par with LA

Airbnb hosts in the city are also not known for always abiding by the rules, with many of them continuing to operate even during the complete moratorium on short-term rentals during the worst of the health crisis.