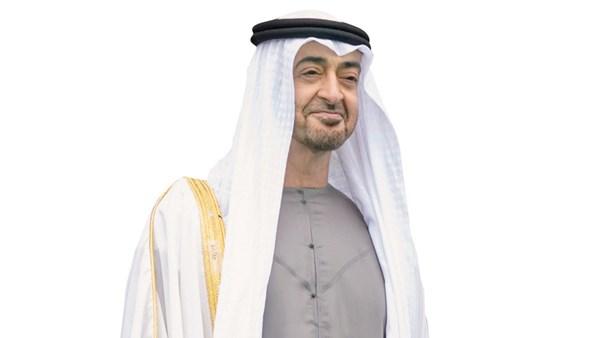 Mohammed Saif Al-Suwaidi, Director General of the Abu Dhabi Development Fund and Chairman of the Executive Committee of the Abu Dhabi Export Office (ADEX), said that the UAE, under the leadership of His Highness Sheikh Mohamed bin Zayed Al Nahyan, President of the State, “may God protect him”, has managed to establish itself as a global economic center and ideal environment for commerce and industry, as it has the most advanced infrastructure.
He underlined that the increase in the UAE’s non-oil foreign trade during the first quarter of this year to around 500 billion dirhams, reaching a growth of 20.5%, and reaching for the first time in the country’s history nearly half a trillion of dirhams, constitutes a pioneering achievement for the UAE and places its national economy at an advanced stage on the world trade map.

Non-oil exports
Al-Suwaidi explained that the increase in total non-oil exports to 218.5 billion dirhams by the end of the first quarter of this year, with a growth of 19.1%, confirms the efficiency and solidity of the national economy in order to support sustainable development process for the next fifty years. He added that this exceptional achievement materializes the interest of the wise leadership in supporting the sectors of commerce and industry, as they are the most important drivers of growth of the national economy and basic pillars for diversifying income and achieving integral development, noting that Abu Dhabi The Export Office is committed to supporting the national economy and enhancing the UAE’s economic leadership and leadership at regional and global levels.
For his part, Khalil Fadel Al Mansouri, Acting Director General of the Abu Dhabi Export Office, said that this historic achievement is an indication of the successful vision of the future of His Highness Sheikh Mohamed bin Zayed Al Nahyan, President of the State. , “may God protect you” in building solid foundations that contribute to the growth and prosperity of the sectors of the economy of the future, underlined that His Highness’ vision strengthened the solidity and resilience of the national economy and contributed to increasing the economic diversification of the Emirates United Arab Emirates and consolidating its leadership position among the most competitive economies at regional and global levels.

recovery of the national economy
He highlighted that the increase in the value of non-oil exports in the comparison period to 88 billion dirhams, compared to 75 billion dirhams in the same period last year, with a growth rate of 17.4%, proves the success of the strategic plans. pursued by the government of the United Arab Emirates and confirms the recovery of the national economy from the repercussions of the “Covid-” 19 pandemic, and its return to its usual activity.
Abu Dhabi Export Office (ADEX) supports Abu Dhabi Economic Vision 2030 and UAE Centenary 2071 by providing financing solutions to increase the capacity of Emirati companies and enable them to expand the scope of their business and commercial activities , thus contributing to the competitiveness of national exports and their access to global markets, and promoting the growth of the national economy and diversifying its sources.
“ADEX” provides financing and guarantees to the foreign importer to purchase goods and services from an Emirati source according to favorable terms and competitive advantages, and works to seize the promising potentials and opportunities that allow domestic companies to exist and compete in the markets global. It provides secure ways to protect the interests of UAE companies from potential risks resulting from late payment or non-payment by paying all debts on behalf of the overseas buyer directly to domestic exporting companies, after successful delivery of the export transaction in accordance with the approved terms.