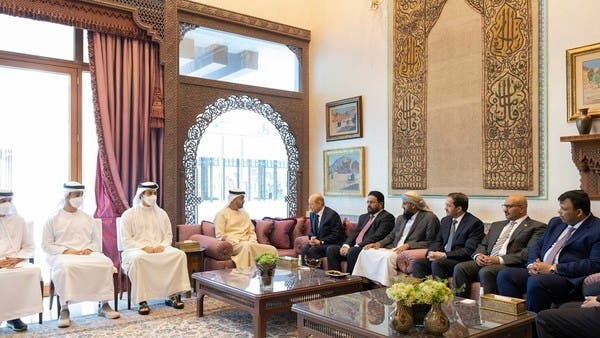 During his meeting at the Qasr al-Bahr in Abu Dhabi, Sheikh Mohammed congratulated Alimi on taking the leadership of Yemen and wished him success in overcoming the difficult circumstances the country is experiencing and moving towards stability and peace.

He also expressed the UAE’s support for the council’s efforts to achieve stability in Yemen and fulfill the aspirations of the Yemeni people, adding that the UAE will spare no effort to support Yemenis at all levels.

On 19 April, the council held a largely symbolic oath in Aden in front of members of a parliament elected in 2003.

The UN-brokered truce, which took effect on April 2 after a round of Yemeni consultations in Saudi Arabia, was largely maintained, providing a rare respite from the fighting.

Lenderking cautiously optimistic about Yemen, calls for Iran’s support for the Houthis