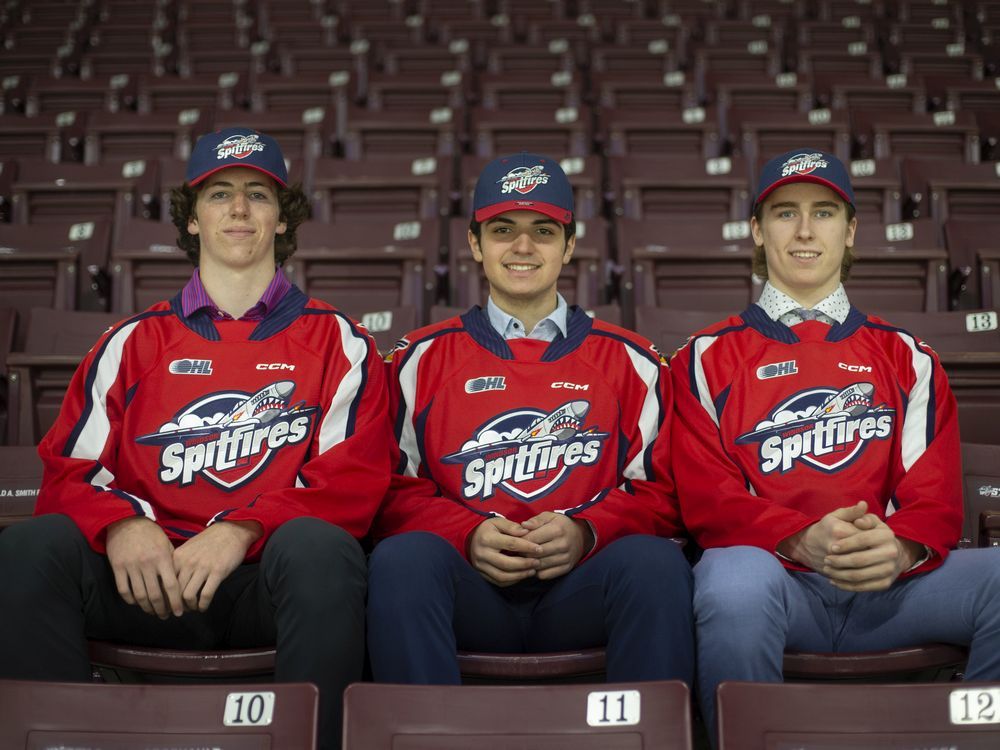 Each draft brings hope for a team’s future.

Following the conclusion of the 15-round Ontario Hockey League Draft on Saturday, Windsor Spitfires general manager Bill Bowler believes the club has selected several prospects that could end up in the lineup in the future. Some scouting services saw Windsor pick four prospects considered to be in the top 60 overall among the team’s top five selections, along with a highly praised goalkeeper.

“From the players we’ve welcomed in the first round and the ones we’ve followed, we think we have players that will help us win games,” Bowler said Saturday. “We think there are players that are going to challenge the OHL and we will need some from this draft to get in and play next year.”

Below are Windsor’s 15 selections in this year’s 15-round draft, along with vital statistics that include games played, goals, assists, points and penalty minutes, and a Bowler commentary on each prospect.

“A versatile, two-way defender who exudes leadership and can play in all situations,” said Bowler. “He’s just a guy who is a great teammate and a great player.”

“He’s got a good shot, he can score goals, he’s got a big body and he goes into the dirty areas and can generate offense,” Bowler said.

“A good two-way player,” Bowler said. “Elite skater with a versatile game that can be a physical, defensive and offensive factor.”

“Worker and can play in any situation and anywhere in the lineup,” Bowler said of Davis, who slipped with a shoulder injury. “He’s a boy we know and like.”

“An athletic goalie with a tremendous advantage,” Bowler said. “I like his potential.”

“A responsible advocate,” Bowler said. “He is big, strong and a stable defender with a good brain.”

“Makes a good first pass and a tough guy to play against,” Bowler said.

“He’s a flier, but he’s got cutting edge ability,” Bowler said of the American perspective. “He makes plays, scores goals and is a skilled striker who can score in our league.”

“He has an excellent hockey IQ,” Bowler said of the Belle River native. “A very good player who understands the game.”

“Excellent goalie on the best team, in my opinion,” Bowler said. “A competitive young man who finds a way to stop the records.”

“A straight-line player who finishes checks and puts in good numbers for a good Huron-Perth team,” Bowler said of his father’s brother’s son’s son.

“Little Caesar’s team leader and a very good player,” Bowler said. “His father played college hockey. He’s a competitive kid who can find a way into our league.”

“Great left wing defender with a long reach,” Bowler said. “He has an edge and a lot of potential.”

“Solid hockey player,” Bowler said. “It plays in all situations and has untapped potential.”

The next edition of Windsor Star Headline News will be in your inbox soon.