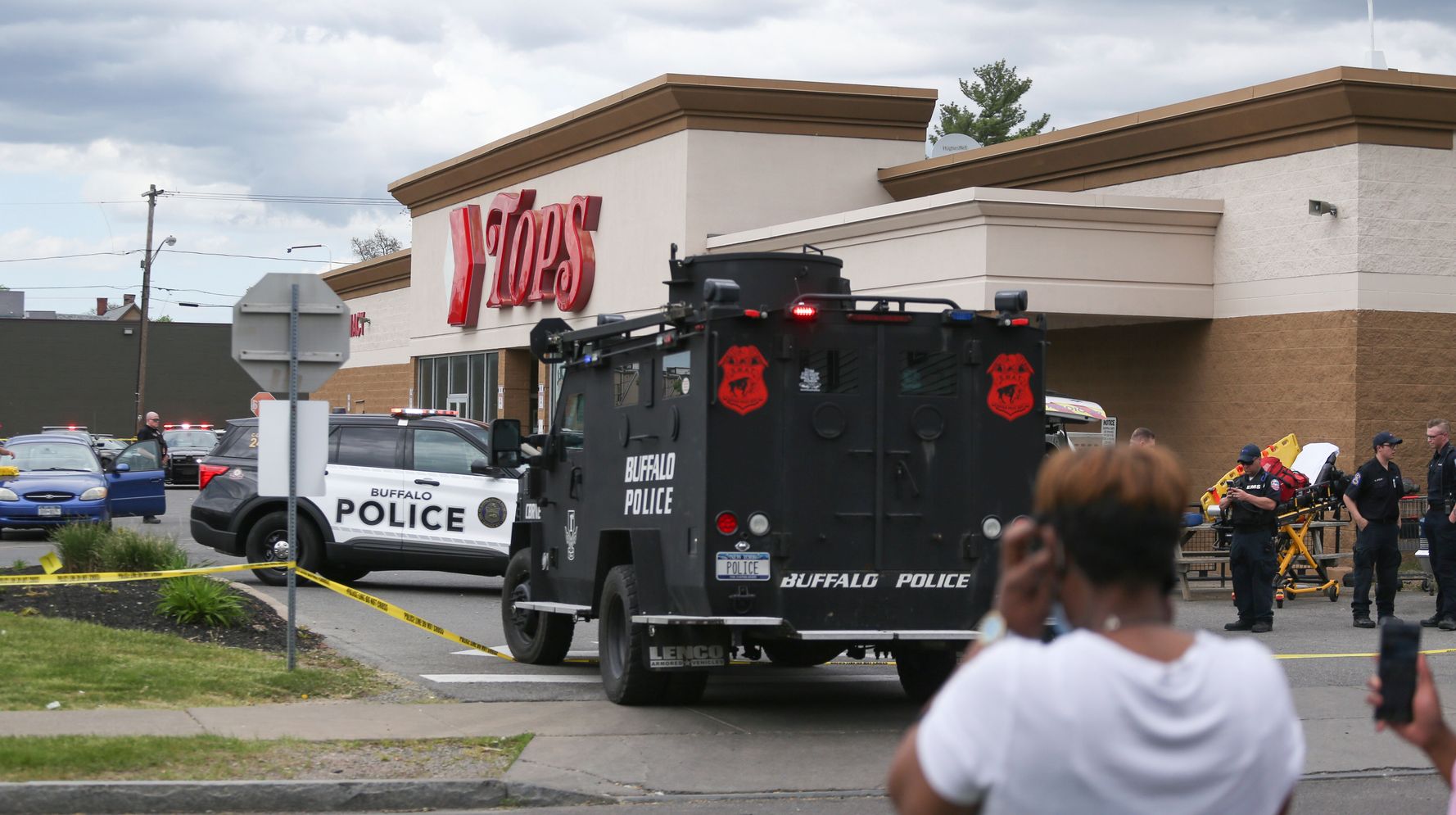 Ten people were killed and three others were injured in what authorities described as a “racially motivated” shooting at a Buffalo, New York, supermarket on Saturday.

Police arrested Payton Gendron, an 18-year-old white male, after he — armed with an assault rifle and wearing a tactical vest — opened fire in and out of Tops Friendly Market. The market is in a predominantly black neighborhood about 3 miles north of downtown Buffalo.

“That was pure evil,” Garcia said. “It was a racially motivated hate crime of someone from outside our community entering our community and trying to inflict this harm on us.”

Eleven of the 13 people shot are black and two are white. At a Saturday night press conference, New York Governor Kathy Hochul (D) called the gunman “a white supremacist who has engaged in an act of terrorism and will be prosecuted as such.”

Gendron traveled from Conklin, NY, about a three-and-a-half hour drive from Buffalo.

“This is the worst nightmare any community can face, and we are hurting and boiling right now,” Buffalo Mayor Byron Brown told a news conference. “The depth of pain that the families are feeling and that we are all feeling right now cannot even be explained.”

The victims’ identities have not been released, but Buffalo Police Commissioner Joseph Gramaglia said Saturday that one of the victims was a “beloved” retired Buffalo police officer who worked as security for the store. Gramaglia said the security guard was killed when he exchanged fire with the suspect, hitting the gunman once in his armor.

I just spoke to an 8-year-old girl who hid in a refrigerator inside the supermarket.

She was shopping with her father and ran through the back of the store to safety.

I’m on my way to Buffalo to help respond to today’s shooting.

My heart breaks for the families of the victims and for all those affected by this horrible and despicable act of violence.

Extremely difficult to express emotions right now. Absolutely heartbroken for the victims and their families, and for the city of Buffalo.

This is a tragedy. My thoughts are with everyone impacted and I am here and ready to help with whatever is helpful. https://t.co/Tfu6nHm5eK